1.
Leften Stavrianos
A Global History: From Prehistory to the 21st Century (Fifth Edition)

This exploration of world history takes an interdisciplinary, global (rather than a regional or national) approach – tracing those major forces, movements, and events that had a world-wide impact. Surveying a full sweep of world history, the sixth edition provides a balanced coverage of both Eastern and Western regions, from earliest man to the present day. It combines all the information contained in “The World to 1500” and “The World Since 1500”, but includes new material on the following: the earliest humans, Africa, European expansion in the age of discovery plus comparative data on Russian expansion, information on plant and animal diffusion in the modern world, and new information on the Portuguese slave trade. In particular this new edition connects the past, present and future and the combination of resulting patterns, drawing implications for the future should those patterns emerge once again.

Malcolm Lambert investigates the histories of Christianity and Islam to trace the origins and development of crusade and jihad. In a narrative that brims with larger than life characters – among them, Richard Lionheart, Nur al-Din, Saladin, Baybars and Ghengiz Khan – he describes the fiercely fought struggles to control the sacred places of the Middle East between the seventh and thirteenth centuries. Crusade and jihad are often reckoned two sides of the same coin but this simple opposition, the author shows, conceals crucial differences and similarities. From the outset jihad reflected tensions within as much as outside Islam. Jihad also described the struggle between good and evil in the souls of believers. Calls for crusade and jihad disguised ambitions for power and plunder, but they also equally inspired acts of chivalry and heroism. Malcolm Lambert then moves to the more recent history of jihad and crusade. In nineteenth-century France he finds imperialism configured as a crusade to enlighten the barbarians. Meanwhile in Britain one of the crusading orders transformed itself into the St John Ambulance Brigade. More recently in the USA crusade has been evoked in the war on terror while jihad is now the rallying cry for Islamic extremists round the world. Yet, Dr Lambert notes, it still retains its peaceful spiritual dimension. Crusade and Jihad is a vivid, balanced account of two of the most powerful forces of history.

Ethnic conflict, such as in Bosnia, Rwanda, Palestine and Northern Ireland, is at the root of some of the world’s most intractable and tragic events. The study of ethnic relations has taken on a new urgency in the aftermath of the Cold War.

The technological marvel of its age, the Erie Canal grew out of a sudden fit of inspiration. Proponents didn’t just dream; they built a 360-mile waterway entirely by hand and largely through wilderness. As excitement crackled down its length, the canal became the scene of the most striking outburst of imagination in American history. Zealots invented new religions and new modes of living. The Erie Canal made New York the financial capital of America and brought the modern world crashing into the frontier. Men and women saw God face to face, gained and lost fortunes, and reveled in a period of intense spiritual creativity.

Heaven’s Ditch by Jack Kelly illuminates the spiritual and political upheavals along this “psychic highway” from its opening in 1825 through 1844. “Wage slave” Sam Patch became America’s first celebrity daredevil. William Miller envisioned the apocalypse. Farm boy Joseph Smith gave birth to Mormonism, a new and distinctly American religion. Along the way, the reader encounters America’s very first “crime of the century,” a treasure hunt, searing acts of violence, a visionary cross-dresser, and a panoply of fanatics, mystics, and hoaxers.

5.
Jesse Harasta
Machu Picchu: The History and Mystery of the Incan City

In 1911, American historian Hiram Bingham publicized the finding of what at the time was considered a “lost city” of the Inca. Though local inhabitants had known about it for century, Bingham documented and photographed the ruins of a 15th century settlement nestled along a mountain ridge above the Urubamba Valley in Peru, placed so perfectly from a defensive standpoint that it’s believed the Spanish never conquered it and may have never known about it.

Today, of course, Machu Picchu is one of South America’s best tourist spots, and the ruins have even been voted one of the Seven New Wonders of the World. But even though Machu Picchu is now the best known of all Incan ruins, its function in Incan civilization is still not clear. Some have speculated that it was an outpost or a frontier citadel, while others believe it to be a sanctuary or a work center for women. Still others suggest that it was a ceremonial center or perhaps even the last refuge of the Incas after the Spanish conquest. One of the most theories to take hold is that Machu Picchu was the summer dwelling of the Inca’s royal court, the Inca’s version of Versailles. As was the case with the renaming of Mayan and Aztec ruins, the names given to various structures by archaeologists are purely imaginary and thus not very helpful; for example, the mausoleum, palace or watchtower at Machu Picchu may have been nothing of the sort.

What is clear at Machu Picchu is that the urban plan and the building techniques employed followed those at other Incan settlements, particularly the capital of Cuzco. The location of plazas and the clever use of the irregularities of the land, along with the highly developed aesthetic involved in masonry work, followed the model of the Inca capital. At Machu Picchu, the typical Incan technique of meticulously assembling ashlar masonry and creating walls of blocks without a binding material is astounding. The blocks are sometimes evenly squared and sometimes are of varying shape. In the latter case, the very tight connection between the blocks of stone seems quite remarkable. Even more astounding than the precise stone cutting of the Incas is the method that they used for the transportation and movement on site of these enormous blocks. The Incas did not have the wheel, so all the work was accomplished using rollers and levers.

Machu Picchu: The History and Mystery of the Incan City comprehensively covers the history of the city, as well as the speculation surrounding the purpose of Machu Picchu and the debate over the buildings. Along with pictures and a bibliography, you will learn about Machu Picchu like you never have before, in no time at all. 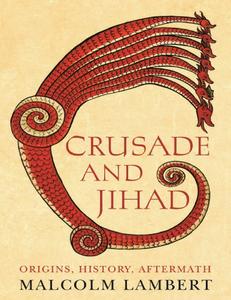 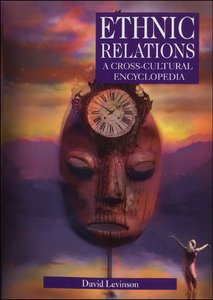 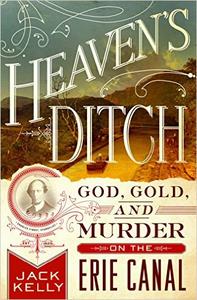 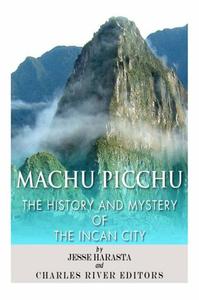