1.
Mary Ellen Miller, Karl Taube
An Illustrated Dictionary of the Gods and Symbols of Ancient Mexico and the Maya

The myths and beliefs of the great pre-Columbian civilizations of Mesoamerica have baffled and fascinated outsiders ever since the Spanish Conquest. Yet, until now, no single-volume introduction has existed to act as a guide to this labyrinthine symbolic world.

The Gods and Symbols of Ancient Mexico and the Maya is the first-ever English-language dictionary of Mesoamerican mythology and religion. Nearly 300 entries, from accession to yoke, describe the main gods and symbols of the Olmecs, Zapotecs, Maya, Teotihuacanos, Mixtecs, Toltecs, and Aztecs. Topics range from jaguar and jester gods to reptile eye and rubber, from creation accounts and sacred places to ritual practices such as bloodletting, confession, dance, and pilgrimage. In addition, two introductory essays provide succinct accounts of Mesoamerican history and religion, while a substantial bibliographical survey directs the reader to original sources and recent discussions. Dictionary entries are illustrated with photographs and specially commissioned line drawings. Mary Miller and Karl Taube draw on their research in the fast-changing field of Maya studies, and on the latest Mexican discoveries, to produce an authoritative work that will serve as a standard reference for students, scholars, and travelers. Photographs and illustrations throughout…

“Well-written and comprehensive…the book has not left my desk.” – Latin American Antiqity

Do you approve of censoring the works of great writers? Some might contend that to bowdlerize a great writer’s work would be to diminish its overall quality. Others, like Thomas Bowdler, whose eraser danced over every Shakespeare play, would argue that all modest people should be able to read a great work without blushing.

The Middle Ages is often viewed as a period of low intellectual achievement. The name itself refers to the time between the high philosophical and literary accomplishments of the Greco-Roman world and the technological advances that were achieved and philosophical and theological alternatives that were formulated in the modern world that followed.

Previously named A Dictionary of Computing, this bestselling dictionary has been renamed A Dictionary of Computer Science, and fully revised by a team of computer specialists, making it the most up-to-date and authoritative guide to computing available. Containing over 6,500 entries and with expanded coverage of multimedia, computer applications, networking, and personal computer science, it is a comprehensive reference work encompassing all aspects of the subject and is as valuable for home and office users as it is indispensable for students of computer science.

Terms are defined in a jargon-free and concise manner with helpful examples where relevant. The dictionary contains approximately 150 new entries including cloud computing, cross-site scripting, iPad, semantic attack, smartphone, and virtual learning environment. Recommended web links for many entries, accessible via the Dictionary of Computer Science companion website, provide valuable further information and the appendices include useful resources such as generic domain names, file extensions, and the Greek alphabet.

This dictionary is suitable for anyone who uses computers, and is ideal for students of computer science and the related fields of IT, maths, physics, media communications, electronic engineering, and natural sciences.

5.
Mario A. Pei, Frank Gaynor
A Dictionary of Linguistics

Editors Mario Pei and Frank Gaynor bring together essential terms and concepts in the extensive Dictionary of Linguistics. With a carefully crafted headword list and plenty of cross-references and accessible explanations, this dictionary will keep readers coming back again and again. Dictionary of Linguistics is the perfect addition to any reader’s reference library.

Mario Pei was an American linguist and polyglot who specialized in Latin, Greek, and French. In addition to teaching at Columbia University, Pei wrote several books on language including The Story of English and All About Language. 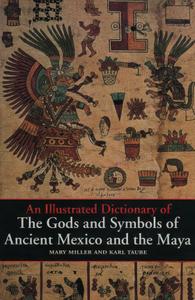 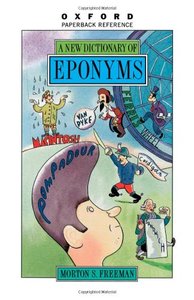 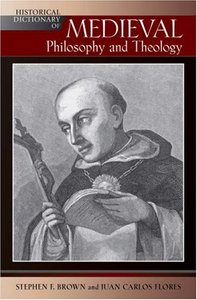 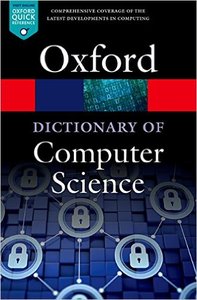 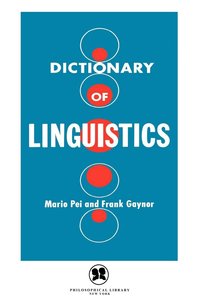