1.
Stephen Bullivant and Michael Ruse
The Oxford Handbook of Atheism

Recent books by, among others, Sam Harris, Richard Dawkins, and Christopher Hitchens have thrust atheism firmly into the popular, media, and academic spotlight. This so-called New Atheism is arguably the most striking development in western socio-religious culture of the past decade or more. As such, it has spurred fertile (and often heated) discussions both within, and between, a diverse range of disciplines. Yet atheism, and the New Atheism, are by no means co-extensive. Interesting though it indeed is, the New Atheism is a single, historically and culturally specific manifestation of positive atheism (the that there is/are no God/s), which is itself but one form of a far deeper, broader, and more significant global phenomenon.

The Oxford Handbook of Atheism is a pioneering edited volume, exploring atheism – understood in the broad sense of “an absence of belief in the existence of a God or gods” – in all the richness and diversity of its historical and contemporary expressions. Bringing together an international team of established and emerging scholars, it probes the varied manifestations and implications of unbelief from an array of disciplinary perspectives (philosophy, history, sociology, anthropology, demography, psychology, natural sciences, gender and sexuality studies, literary criticism, film studies, musicology) and in a range of global contexts (Western Europe, North America, post-communist Europe, the Islamic world, Japan, India). Both surveying and synthesizing previous work, and presenting the major fruits of innovative recent research, the handbook is set to be a landmark text for the study of atheism.

Animism is an important part of many religions – from Shinto, Hinduism and Buddhism to Paganism and a range of indigenous religions – which connects the spiritual and material and holds that humans might not be unique in possessing souls or in being intentional agents. Over recent decades, research into animism has broadened its scope to consider, at one end, the vibrant roles of objects in human lives and, at the other, the possible similarities between humans and other species. “The Handbook of Contemporary Animism” brings together an international team of scholars to examine the full range of animist worldviews and practices. The Handbook opens with an examination of recent approaches to animism. This is followed by evaluations of ethnographic, cognitive, literary, performative, and material culture approaches as well as advances in activist and indigenous thinking about animism. “The Handbook of Contemporary Animism” invites readers to think creatively and critically about the world around us and will be invaluable to students and scholars of Religion, Sociology and Anthropology.

In a groundbreaking historical work that addresses religious conversion in the West from an uncompromisingly secular perspective, Susan Jacoby challenges the conventional narrative of conversion as a purely spiritual journey. From the transformation on the road to Damascus of the Jew Saul into the Christian evangelist Paul to a twenty-first-century “religious marketplace” in which half of Americans have changed faiths at least once, nothing has been more important in the struggle for reason than the right to believe in the God of one’s choice or to reject belief in God altogether.

Focusing on the long, tense convergence of Judaism, Christianity, and Islam—each claiming possession of absolute truth—Jacoby examines conversions within a social and economic framework that includes theocratic coercion (unto torture and death) and the more friendly persuasion of political advantage, economic opportunism, and interreligious marriage. Moving through time, continents, and cultures—the triumph of Christianity over paganism in late antiquity, the Spanish Inquisition, John Calvin’s dour theocracy, Southern plantations where African slaves had to accept their masters’ religion—the narrative is punctuated by portraits of individual converts embodying the sacred and profane. The cast includes Augustine of Hippo; John Donne; the German Jew Edith Stein, whose conversion to Catholicism did not save her from Auschwitz; boxing champion Muhammad Ali; and former President George W. Bush. The story also encompasses conversions to rigid secular ideologies, notably Stalinist Communism, with their own truth claims.

Finally, Jacoby offers a powerful case for religious choice as a product of the secular Enlightenment. In a forthright and unsettling conclusion linking the present with the most violent parts of the West’s religious past, she reminds us that in the absence of Enlightenment values, radical Islamists are persecuting Christians, many other Muslims, and atheists in ways that recall the worst of the Middle Ages.

“The Linji lu” (Record of Linji) has been an essential text of Chinese and Japanese Zen Buddhism for nearly a thousand years. A compilation of sermons, statements, and acts attributed to the great Chinese Zen master Linji Yixuan (d. 866), it serves as both an authoritative statement of Zen’s basic stand-point and a central source of material for Zen koan practice.One of the earliest attempts to translate this important work into English was by Sasaki Shigetsu (1882-1945), a pioneer Zen master in the U.S. and the founder of the First Zen Institute of America. At the time of his death, he entrusted the project to his wife, Ruth Fuller Sasaki. Determined to produce a definitive translation, Mrs. Sasaki assembled a team of talented young scholars, both Japanese and Western, who in the following years retranslated the text in accordance with modern research on Tang-dynasty colloquial Chinese.The materials assembled by Mrs. Sasaki and her team are finally available in the present edition of the “Record of Linji”. The notes, nearly six hundred in all, are almost entirely based on primary sources and thus retain their value despite the nearly forty years since their preparation.

5.
Stephen Harris and Robert Platzner
The Old Testament: An Introduction to the Hebrew Bible

Designed for students undertaking their first systematic study of the Hebrew Bible, this text has two goals: to acquaint readers with the content and major themes of the biblical documents, and to introduce them to issues in biblical scholarship. Pedagogically rich and reader-friendly, this text was designed for conventional introductory courses using historical-critical methodology, and will also be useful in courses studying the Bible as literature, or as a reference text in the study of ancient religion. 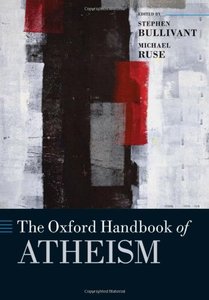 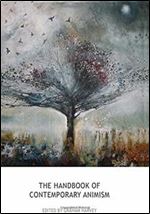 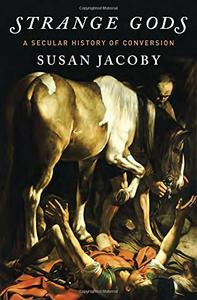 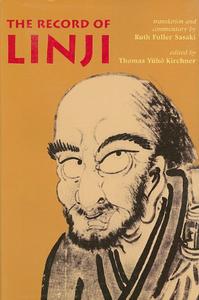 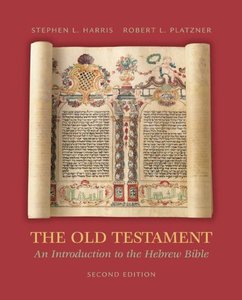