Classical Mechanics, Second Edition presents a complete account of the classical mechanics of particles and systems for physics students at the advanced undergraduate level. The book evolved from a set of lecture notes for a course on the subject taught by the author at California State University, Stanislaus, for many years. It assumes the reader has been exposed to a course in calculus and a calculus-based general physics course. However, no prior knowledge of differential equations is required. Differential equations and new mathematical methods are developed in the text as the occasion demands.
The book begins by describing fundamental concepts, such as velocity and acceleration, upon which subsequent chapters build. The second edition has been updated with two new sections added to the chapter on Hamiltonian formulations, and the chapter on collisions and scattering has been rewritten. The book also contains three new chapters covering Newtonian gravity, the Hamilton-Jacobi theory of dynamics, and an introduction to Lagrangian and Hamiltonian formulations for continuous systems and classical fields. To help students develop more familiarity with Lagrangian and Hamiltonian formulations, these essential methods are introduced relatively early in the text.
The topics discussed emphasize a modern perspective, with special note given to concepts that were instrumental in the development of modern physics, for example, the relationship between symmetries and the laws of conservation. Applications to other branches of physics are also included wherever possible. The author provides detailed mathematical manipulations, while limiting the inclusion of the more lengthy and tedious ones. Each chapter contains homework problems of varying degrees of difficulty to enhance understanding of the material in the text. This edition also contains four new appendices on D’Alembert’s principle and Lagrange’s equations, derivation of Hamilton’s principle, Noether’s theorem, and conic sections.

2.
Beatrice Bressan, “From Physics to Daily Life: Applications in Informatics, Energy, and Environment

Beatrice Bressan brings together a number of outstanding examples of successful cross–disciplinary technology transfer originating in fundamental physics research, which dramatically impacted scientific progress in areas which changed modern society. Many of them were developed at CERN, a hotbed of fundamental inventions in particle physics. This book deals with breakthrough developments being applied in the world of IT, consumer electronics, aviation, and material sciences.

Additional sections of the book deal with knowledge management and technology transfer including their economic aspects. While each chapter has been drafted by an expert in the field, the editor has carefully edited the whole to ensure a coherent overall structure.

A must–have for policy makers, technology companies, investors, strategic planners in research and technology, as well as attractive reading for the research community.

3.
H Scott Dumas
Kam Story, The: A Friendly Introduction To The Content, History, And Significance Of Classical Kolmogorov-Arnold-Moser Theory

This is a semi-popular mathematics book aimed at a broad readership of mathematically literate scientists, especially mathematicians and physicists who are not experts in classical mechanics or KAM theory, and scientific-minded readers. Parts of the book should also appeal to less mathematically trained readers with an interest in the history or philosophy of science. The scope of the book is broad: it not only describes KAM theory in some detail, but also presents its historical context (thus showing why it was a “breakthrough”). Also discussed are applications of KAM theory (especially to celestial mechanics and statistical mechanics) and the parts of mathematics and physics in which KAM theory resides (dynamical systems, classical mechanics, and Hamiltonian perturbation theory). Although a number of sources on KAM theory are now available for experts, this book attempts to fill a long-standing gap at a more descriptive level. It stands out very clearly from existing publications on KAM theory because it leads the reader through an accessible account of the theory and places it in its proper context in mathematics, physics, and the history of science.

An understanding of thermal physics is crucial to much of modern physics, chemistry and engineering. This book provides a modern introduction to the main principles that are foundational to thermal physics, thermodynamics and statistical mechanics. The key concepts are carefully presented in a clear way, and new ideas are illustrated with copious worked examples as well as a description of the historical background to their discovery.

5.
A Das
Introduction to Nuclear and Particle Physics

The original edition of Introduction to Nuclear and Particle Physics was used with great success for single-semester courses on nuclear and particle physics offered by American and Canadian universities at the undergraduate level. 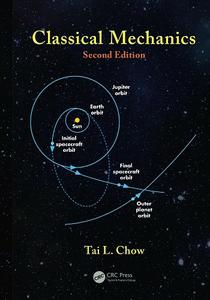 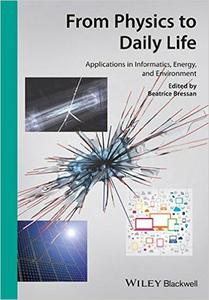 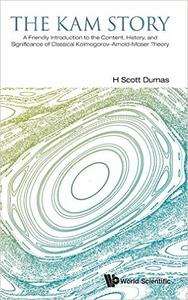 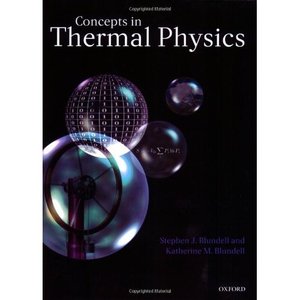 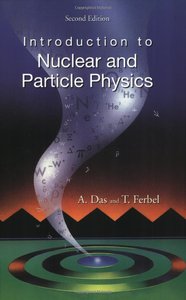