Covering the transformative power of Romanticism on art, philosophy, literature, music, and politics, Introducing Romanticism provides an accessible overview of its many interlocking—and often contradictory—strands. It is the ideal introduction for both students and general readers.

Richard Appignanesi goes on a personal quest of Existentialism in its original state. He begins with Camus’ question of suicide: ‘Must life have a meaning to be lived?’ Is absurdity at the heart of Existentialism? Or is Sartre right: is Existentialism ‘the least scandalous, most technically austere’ of all teachings?

Stephen Hawking is the world-famous physicist with a cameo in “The Simpsons on his CV”, but outside his academic field his work is little understood. To the public he is a tragic figure – a brilliant scientist and author of the 9 million-copy-selling “A Brief History of Time”, and yet confined to a wheelchair and almost completely paralysed. Hawking’s major contribution to science has been to integrate the two great theories of 20th-century physics – Einstein’s General Theory of Relativity and Quantum Mechanics. J.P. McEvoy and Oscar Zarate’s brilliant graphic guide explores Hawking’s life, the evolution of his work from his days as a student, and his breathtaking discoveries about where these fundamental laws break down or overlap, such as on the edge of a Black Hole or at the origin of the Universe itself.

“Introducing Descartes” explains why he is usually called the father of modern philosophy. It is a clear and accessible guide to all the puzzling questions that Descartes asked about human beings and their place in the world. It gives a lucid account of Descartes’ contributions to modern science, mathematics, and the Philosophy of Mind, and also reveals why Descartes liked to do all of his serious thinking in bed. 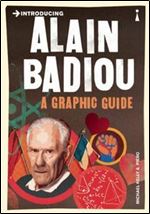 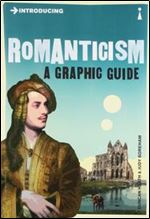 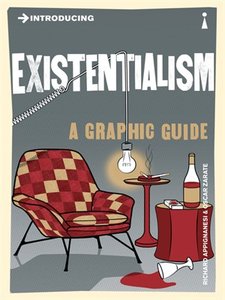 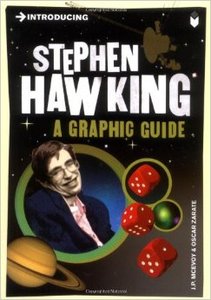 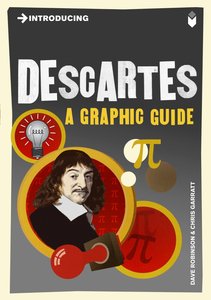