Info: In 1981, emboldened by Ronald Reagan’s election, a group of some fifty Republican operatives, evangelicals, oil barons, and gun lobbyists met in a Washington suburb to coordinate their attack on civil liberties and the social safety net. These men and women called their coalition the Council for National Policy. Over four decades, this elite club has become a strategic nerve center for channeling money and mobilizing votes behind the scenes. Its secretive membership rolls represent a high-powered roster of fundamentalists, oligarchs, and their allies, from Oliver North, Ed Meese, and Tim LaHaye in the Council’s early days to Kellyanne Conway, Ralph Reed, Tony Perkins, and the DeVos and Mercer families today.

In Shadow Network, award-winning author and media analyst Anne Nelson chronicles this astonishing history and illuminates the coalition’s key figures and their tactics. She traces how the collapse of American local journalism laid the foundation for the Council for National Policy’s information war and listens in on the hardline broadcasting its members control. And she reveals how the group has collaborated with the Koch brothers to outfit Radical Right organizations with state-of-the-art apps and a shared pool of captured voter data – outmaneuvering the Democratic Party in a digital arms race whose result has yet to be decided.

In a time of stark and growing threats to our most valued institutions and democratic freedoms, Shadow Network is essential reading. 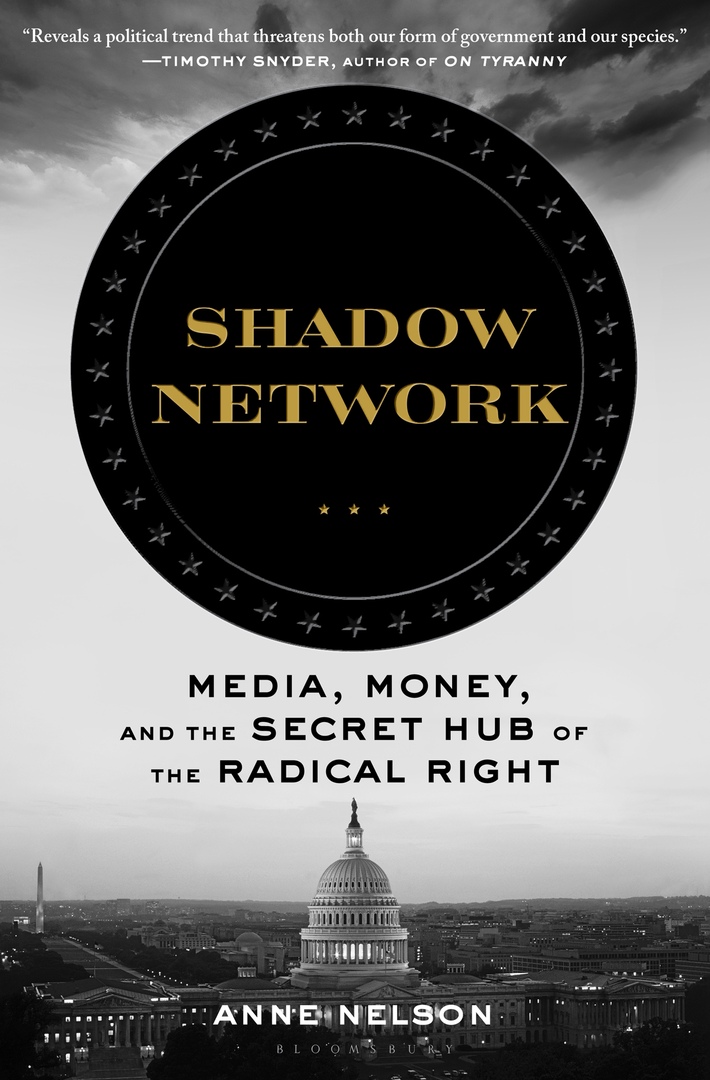