Mark Twain and Money: Language, Capital, and Culture
Pietro Bartolo, Lidia Tilotta, “Tears of Salt: A Doctor’s Story”
Max Boot, “The Road Not Taken: Edward Lansdale and the American Tragedy in Vietnam”
In Days to Come: A New Hope for Israel by Avraham Burg
Rosa Parks, “Reflections by Rosa Parks: The Quiet Strength and Faith of a Woman Who Changed a Nation”

by Lawrence Howe, Henry B. Wonham
This groundbreaking volume explores the importance of economics and prosperity throughout Samuel Clemens’s writing and personal life.
Mark Twain and Money: Language, Capital, and Culture focuses on an overlooked feature of the story of one of America’s most celebrated writers. Investigating Samuel Clemens’s often conflicting but insightful views on the roles of money in American culture and identity, this collection of essays shows how his fascination with the complexity of nineteenth-century economics informs much of Mark Twain’s writing.
While most readers are familiar with Mark Twain the worldly wise writer, fewer are acquainted with Samuel Clemens the avid businessman. Throughout his life, he sought to strike it rich, whether mining for silver in Nevada, founding his own publishing company, or staking out ownership in the Paige typesetting machine. He was ever on the lookout for investment schemes and was intrigued by inventions, his own and those of others, that he imagined would net a windfall. Conventional wisdom has held that Clemens’s obsession with business and material wealth hindered his ability to write more and better books. However, this perspective fails to recognize how his interest in economics served as a rich source of inspiration for his literary creativity and is inseparable from his achievements as a writer. In fact, without this preoccupation with monetary success, Henry B. Wonham and Lawrence Howe argue, Twain’s writing would lack an important connection to a cornerstone of American culture.
The contributors to this volume examine a variety of topics, such as a Clemens family myth of vast landholdings, Clemens’s strategies for protecting the Mark Twain brand, his insights into rapidly evolving nineteenth-century financial practices, the persistence of patronage in the literary marketplace, the association of manhood and monetary success, Clemens’s attitude and actions toward poverty, his response to the pains of bankruptcy through writing, and the intersection of racial identity and economics in American culture. These illuminating essays show how pecuniary matters invigorate a wide range of Twain’s writing from The Gilded Age, Roughing It,The Adventures of Tom Sawyer, The Prince and the Pauper, and A Connecticut Yankee in King Arthur’s Court, to later stories like “The £1,000,000 Banknote” and the Autobiography.

The internationally best-selling personal story of “the doctor on the front lines of the migrant crisis” (CNN).
Situated more than one hundred miles off Italy’s southern coast, the rocky island of Lampedusa has hit world headlines in recent years as the first port of call for hundreds of thousands of African and Middle Eastern refugees fleeing civil war and terrorism and hoping to make a new life in Europe. Dr. Pietro Bartolo, who runs the lone medical clinic on the island, has been caring for many of them―both the living and the dead―for a quarter century.
Tears of Salt is Dr. Bartolo’s moving account of his life and work set against one of the signal crises of our time. With quiet dignity and an unshakable moral center, he tells unforgettable tales of pain and hope, stories of those who didn’t make it and those who did. Tears of Salt is a lasting work of literature and an intimate portrait of a remarkable man whose inspiring message rings clear: “We can’t and we won’t be governed by our fears.”

Max Boot, “The Road Not Taken: Edward Lansdale and the American Tragedy in Vietnam”

In chronicling the adventurous life of legendary CIA operative Edward Lansdale, The Road Not Taken definitively reframes our understanding of the Vietnam War.
In this epic biography of Edward Lansdale (1908– 1987), the man said to be the fictional model for Graham Greene’s The Quiet American, best-selling historian Max Boot demonstrates how Lansdale pioneered a “hearts and mind” diplomacy, first in the Philippines, then in Vietnam. It was a visionary policy that, as Boot reveals, was ultimately crushed by America’s giant military bureaucracy, steered by elitist generals and blueblood diplomats who favored troop build-ups and napalm bombs over winning the trust of the people. Through dozens of interviews and access to neverbefore-seen documents―including long-hidden love letters―Boot recasts this cautionary American story, tracing the bold rise and the crashing fall of the roguish “T. E. Lawrence of Asia” from the battle of Dien Bien Phu to the humiliating American evacuation in 1975. Bringing a tragic complexity to this so-called “ugly American,” this “engrossing biography” (Karl Marlantes) rescues Lansdale from historical ignominy and suggests that Vietnam could have been different had we only listened. With reverberations that continue to play out in Iraq and Afghanistan, The Road Not Taken is a biography of profound historical consequence. 54 photographs; 3 maps

In Days to Come: A New Hope for Israel by Avraham Burg

“The first childhood memory I have of my father is linked to the destruction of empires–the collapse of a world order that had once seemed eternal.”
So begins Avraham Burg’s authoritative and deeply personal inquiry into the ambitions and failures of Israel and Judaism worldwide.
Born in 1955, Burg witnessed firsthand many of the most dramatic and critical moments in Israeli history. Here, he chronicles the highs and lows of his country over the last five decades, threading his own journey into the story of his people. He explores the misplaced hopes of religious Zionism through the lens of his conservative upbringing, explains Israel’s obsession with military might while relating his own experiences as a paratrooper officer, and probes the country’s democratic aspirations, informed by his tenure in the Knesset.
With bravery and candor, Burg lays bare the seismic intellectual shifts that drove the country’s political and religious journeys, offering a prophecy of fury and consolation and a vision for a new comprehensive paradigm for Judaism, Israel, and the Middle East.

Rosa Parks, “Reflections by Rosa Parks: The Quiet Strength and Faith of a Woman Who Changed a Nation”

On December 1, 1955, Rosa Parks refused to move to the back of a city bus in Montgomery, Alabama. She was not trying to start a movement. She was simply tired of the social injustice. Yet, her simple act of courage started a chain of events that forever shaped the landscape of American race relations.
Now, decades after her quiet defiance inspired the modern civil rights movement, Mrs. Parks’s own words tell of her courageous life, her passion for freedom and equality, and her strong faith. Reflections by Rosa Parks celebrates the principles and convictions that guided her through a remarkable life. It is a printed record of her legacy—her lasting message to a world still struggling to live in harmony.
Including historic and beautiful pictures, this collection of Rosa Parks’s reflections includes topics like dealing with fear, facing injustice, developing character and determination, faith in God, and her hope for the future.
“I want to be remembered as a person who stood up to injustice,” writes Rosa Parks, “who wanted a better world for young people.” With Mrs. Parks’s words of wisdom, humility, and compassion, this book will inspire people of all races to carry on her great legacy. 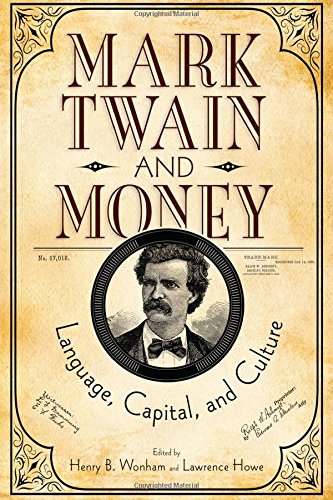 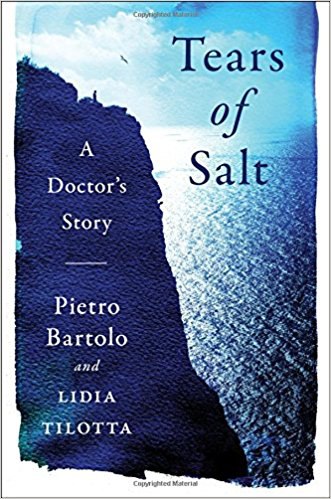 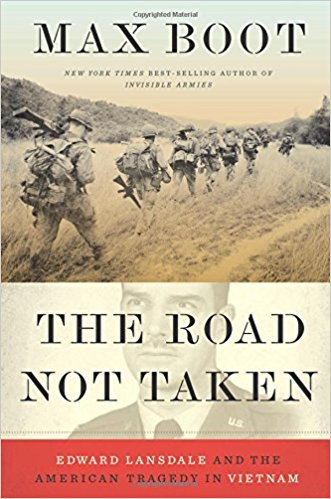 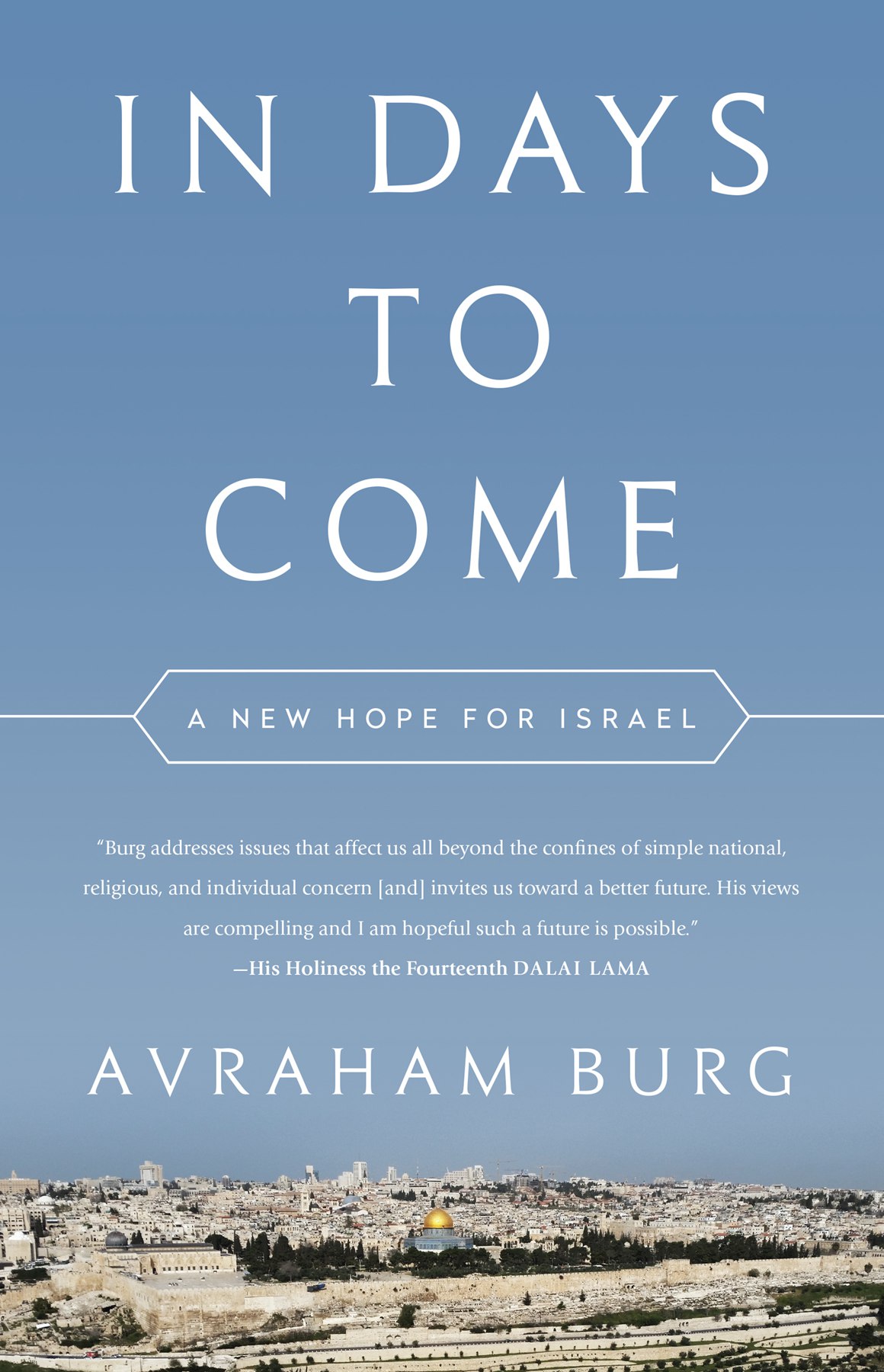 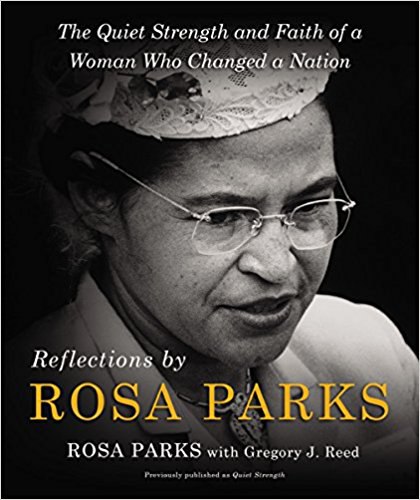 Reflections by Rosa Parks The Quiet Strength and Faith of a Woman Who Changed a Nation.epub
1.97 MB
Rating
( No ratings yet )
Like this post? Please share to your friends:
Related articles