Uncovering the Truth About Meriwether Lewis by Thomas C. Danisi

English | January 24th, 2012 | ASIN: B00C4B2TZ2, ISBN: 1616145056 | 466 pages | EPUB | 8.60 MB
The critically acclaimed biography Meriwether Lewis, coauthored by Thomas C. Danisi, was praised for its meticulous research and for shedding new light on the adventurous life and controversial death of the great explorer who became famous through the Lewis and Clark Expedition.
Now, the author, with some help from contributors, extends his groundbreaking studies of Meriwether Lewis with this compilation of historical essays that offers new findings based on recently discovered docu­ments, tackling such intriguing subjects as:
– The court-martial of Meriwether Lewis: Danisi’s discovery of the astonishing never-before published transcript of the entire court-martial proceedings affords him the distinction of being the first historian to mine the document for the many insights it offers into the then-untested twenty-one-year-old officer, who eloquently defended himself and won his case.
– Documentation straight from the medical ledgers of Dr. Antoine Saugrain, the physician who treated Governor Lewis, which helps to confirm that Lewis suffered from malaria prior to his celebrated trek to the Pacific Ocean with the Corps of Discovery and continuing through his service as governor of the Louisiana Ter­ritory. Was Lewis’s death, as reported, the result of suicide, or was he merely a victim of this episodic and incurable disease?
– Documentation that proves the true nature of the much-discussed Gilbert Russell State­ment given at the court-martial of General James Wilkinson. Some historians have argued that Wilkinson orchestrated Lewis’s murder, but Danisi’s research sets the record straight.
– The role of Major James Neelly in Lewis’s last days. This subject has gained much prominence through the History Channel, according to which Neelly supposedly lied to President Thomas Jefferson about his presence at Meriwether Lewis’s burial, but Danisi has evidence to the contrary.
The author presents an abundance of additional material to fill in previous historical gaps regarding the mysteries and controversies surrounding Lewis’s life and death. In doing so, he paints a vivid picture of the brilliant rise of an ambitious young man by virtue of courage, talent, and political connections, and the tragic fall of a conscientious public servant under the weight of chronic illness, bureaucratic pettiness, and the political intrigue that was ram­pant throughout America’s Wild West.
This superb contribution to Meriwether Lewis research is a must-read for students and scholars of American history and anyone with an interest in one of our nation’s most important explorers and public servants.

2017 | ISBN: 0813054435 | English | 336 pages | PDF | 13 MB
Willy Ley inspired young rocket scientists and would-be astronauts around the world to imagine a future of interplanetary travel long before space shuttles existed. This is the first biography of the science writer and rocketeer who predicted and boosted the rise of the Space Age.
Born in Germany, Ley became involved in amateur rocketry until the field was taken over by the Nazis. He fled to America, where he forged a new life as a weapons expert and journalist during World War II and as a rocket researcher after the war. As America’s foremost authority on rockets, missiles, and space travel, he authored books and scientific articles, while also regularly writing for science fiction pulp magazines and publishing what he termed romantic zoology–a blend of zoology, cryptozoology, history, and mythology. He even consulted for television’s Tom Corbett, Space Cadet and the Disney program Man in Space, thrilling audiences with a romanticized view of what spaceflight would be like.
Yet as astronauts took center stage and scientific intellectuals such as Wernher von Braun became influential during the space race, Ley lost his celebrity status. With an old-fashioned style of popular writing and eccentric perspectives influenced by romanticism and science fiction, he was ignored by younger historians. This book returns Willy Ley to his rightful place as the energizer of an era–a time when scientists and science popularizers mixed ranks and shared the spotlight so that our far-fetched, fantastic dreams could turn into the reality of tomorrow.

2017 | ISBN: 1613731892 | English | 368 pages | EPUB | 3 MB
Maximum Volume offers a glimpse into the mind, the music, and the man behind the sound of the Beatles. George Martin’s working-class childhood and musical influences
profoundly shaped his early career in the BBC’s Classical Music department and as head of the EMI Group’s Parlophone Records. Out of them flowed the genius behind his seven years producing the Beatles’ incredible body of work, including such albums as Rubber Soul, Revolver, Sgt. Pepper’s Lonely Hearts Club Band, and Abbey Road.
The first book of two, Maximum Volume traces Martin’s early years as a scratch pianist, his life in the Fleet Air Arm during the Second World War, and his groundbreaking work as the head of Parlophone Records, when Martin saved the company from ruin after making his name as a producer of comedy recordings. In its most dramatic moments, Maximum Volume narrates the story of Martin’s unlikely discovery of the Beatles and his painstaking efforts to prepare their newfangled sound for the British music marketplace. As the story unfolds, Martin and the band craft numerous number-one hits, progressing toward the landmark album Rubber Soul—all of which bear Martin’s unmistakable musical signature.

2003 | ISBN-10: 0060520833 | 411 pages | EPUB | 2 MB
In this definitive new biography, Carol Ann Lee provides the answer to one of the most heartbreaking questions of modern times: Who betrayed Anne Frank and her family to the Nazis? Probing this startling act of treachery, Lee brings to light never before documented information about Otto Frank and the individual who would claim responsibility – revealing a terrifying relationship that lasted until the day Frank died. Based upon impeccable research into rare archives and filled with excerpts from the secret journal that Frank kept from the day of his liberation until his return to the Secret Annex in 1945, this landmark biography at last brings into focus the life of a little-understood man – whose story illuminates some of the most harrowing and memorable events of the last century.

English | 2017 | ISBN: 0399177027 | 320 pages | EPUB | 18.3 MB
Loudon Wainwright III, the son of esteemed Life magazine columnist Loudon Wainwright, Jr., is the patriarch of one of America’s great musical families. He is the former husband of Kate McGarrigle and Suzzy Roche, and father of Rufus Wainwright, Martha Wainwright, Lucy Wainwright Roche, and Lexie Kelly Wainwright. With a career spanning more than four decades, Wainwright has established himself as one of the most enduring singer-songwriters who emerged from the late 1960s. Not only does he perform regularly across America and in Europe, but he is a sought-after actor, having appeared in many movies and TV series.
There is probably no singer-songwriter who has so blatantly inserted himself into his songs. The songs can be laugh-out-loud funny, but they also can cut to the bone. In this memoir, Wainwright details the family history his lyrics have referenced and the fractured relationships among generations: the alcoholism, the infidelities, the competitiveness—as well as the closeness, the successes, and the joy. Wainwright reflects on the experiences that have influenced his work, including boarding school, the music business, swimming, macrobiotics, sex, incarceration, and something he calls Sir Walter Raleigh Syndrome.
Wainwright writes poignantly about being a son—a status that dominates many of his songs—but also about being a parent, a brother, and a grandfather. His lyrics are featured throughout the book, amplifying his prose and showing the connections between the songs and real life. Wainwright also includes selections from his father’s brilliant Life magazine columns—and, in so doing, reestablishes his father as a major essayist of his era. A funny and insightful meditation on family, inspiration, and art, Liner Notes will thrill fans, readers, and anyone who appreciates the intersection of music and life. 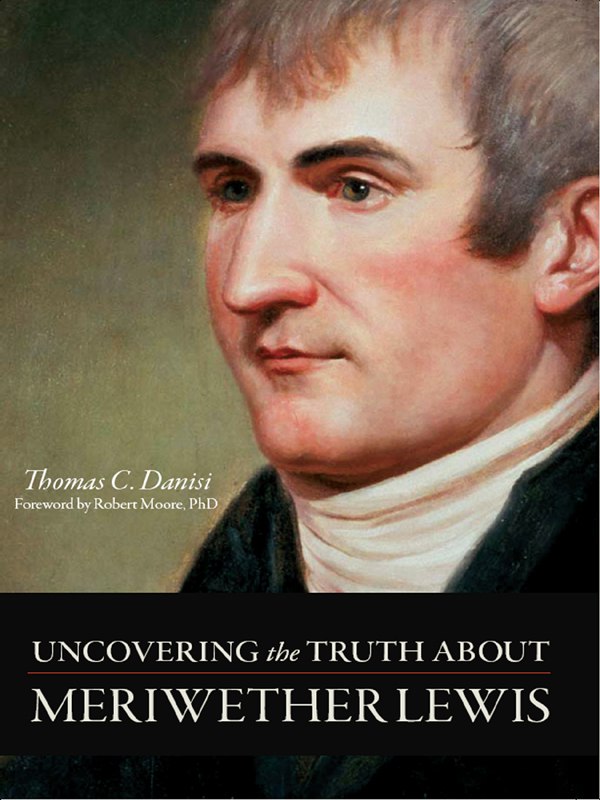 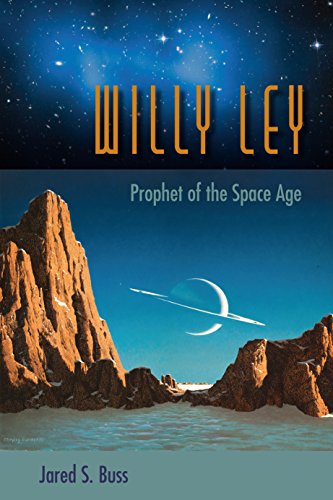 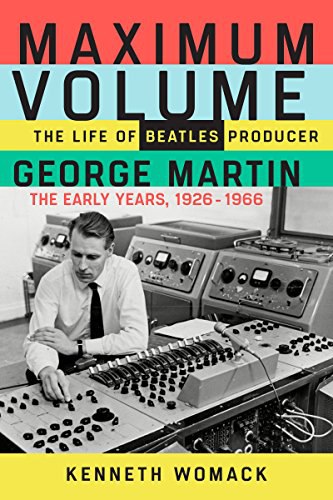 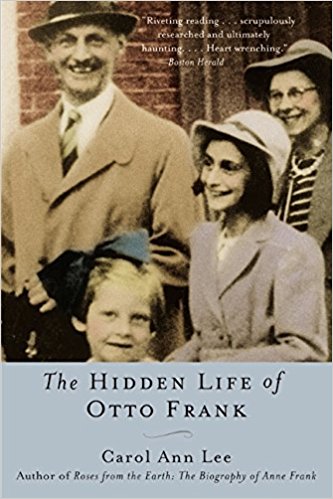 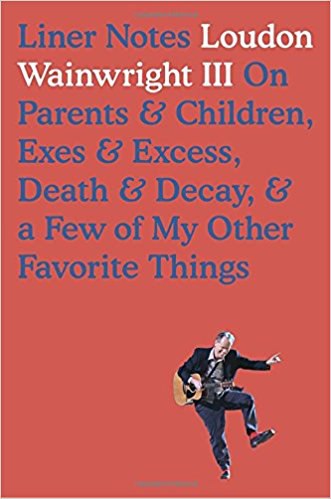 Liner Notes On Parents & Children, Exes & Excess, Death & Decay, & a Few of My Other Favorite Things.epub
18.38 MB
Rating
( No ratings yet )
Like this post? Please share to your friends:
Related articles