Frozen mammals of the Ice Age, preserved for millennia in the tundra, have been a source of fascination and mystery since their first discovery over two centuries ago. These mummies, their ecology, and their preservation are the subject of this compelling book by paleontologist Dale Guthrie. The 1979 find of a frozen, extinct steppe bison in an Alaskan gold mine allowed him to undertake the first scientific excavation of an Ice Age mummy in North America and to test theories about these enigmatic frozen fauna.

The 36,000-year-old bison mummy, coated with blue mineral crystals, was dubbed “Blue Babe.” Guthrie conveys the excitement of its excavation and shows how he made use of evidence from living animals, other Pleistocene mummies, Paleolithic art, and geological data. With photographs and scores of detailed drawings, he takes the reader through the excavation and subsequent detective work, analyzing the animal’s carcass and its surroundings, the circumstances of its death, its appearance in life, the landscape it inhabited, and the processes of preservation by freezing. His examination shows that Blue Babe died in early winter, falling prey to lions that inhabited the Arctic during the Pleistocene era.

Guthrie uses information gleaned from his study of Blue Babe to provide a broad picture of bison evolutionary history and ecology, including speculations on the interactions of bison and Ice Age peoples. His description of the Mammoth Steppe as a cold, dry, grassy plain is based on an entirely new way of reading the fossil record.

2.
Léo Grasset
How the Zebra Got Its Stripes: Darwinian Stories Told Through Evolutionary Biology

France’s brightest young scientist lucidly explains the intricacies of the animal kingdom through the lens of evolutionary biology. Why do giraffes have such long necks? Why are zebras striped? And why does the clitoris of the female hyena exactly resemble and in most respects function like the male’s penis?

Deploying the latest scientific research and his own extensive observations in Africa, Léo Grasset offers answers to these questions and many more in a book of post-Darwinian. Complex natural phenomena are explained in simple and at times comic terms, as Grasset turns evolutionary biology to the burning questions of the animal kingdom, from why elephants prefer dictators and buffaloes democracies, to whether the lion really is king.

The human is, of course, just another animal, and the author’s exploration of two million years of human evolution shows how it not only informs our current habits and behavior, but also reveals that we are hybrids of several different species.

Prepare to be fascinated, shocked, and delighted, as well as reliably advised―by the end, you will know to never hug the beautiful, cuddly honey badger, and what explains its almost psychotic nastiness.

This introductory text/CD-ROM package for nonscience majors provides short, focused chapters that emphasize key concepts and applied topics. This second edition adds more sidebars on applications and the scientific process, and contains new chapters on the human genome and the human life cycle. The CD-ROM contains activities and animated tutorials.

4.
Geoffrey West
Scale: The Universal Laws of Growth, Innovation, Sustainability, and the Pace of Life, in Organisms, Cities, Economies, and Companies

From one of the most influential scientists of our time, a dazzling exploration of the hidden laws that govern the life cycle of everything from plants and animals to the cities we live in.

Visionary physicist Geoffrey West is a pioneer in the field of complexity science, the science of emergent systems and networks. The term “complexity” can be misleading, however, because what makes West’s discoveries so beautiful is that he has found an underlying simplicity that unites the seemingly complex and diverse phenomena of living systems, including our bodies, our cities and our businesses.

Fascinated by aging and mortality, West applied the rigor of a physicist to the biological question of why we live as long as we do and no longer. The result was astonishing, and changed science: West found that despite the riotous diversity in mammals, they are all, to a large degree, scaled versions of each other. If you know the size of a mammal, you can use scaling laws to learn everything from how much food it eats per day, what its heart-rate is, how long it will take to mature, its lifespan, and so on.

Furthermore, the efficiency of the mammal’s circulatory systems scales up precisely based on weight: if you compare a mouse, a human and an elephant on a logarithmic graph, you find with every doubling of average weight, a species gets 25% more efficient—and lives 25% longer. Fundamentally, he has proven, the issue has to do with the fractal geometry of the networks that supply energy and remove waste from the organism’s body.

West’s work has been game-changing for biologists, but then he made the even bolder move of exploring his work’s applicability. Cities, too, are constellations of networks and laws of scalability relate with eerie precision to them. Recently, West has applied his revolutionary work to the business world. This investigation has led to powerful insights into why some companies thrive while others fail.

The implications of these discoveries are far-reaching, and are just beginning to be explored. Scale is a thrilling scientific adventure story about the elemental natural laws that bind us together in simple but profound ways. Through the brilliant mind of Geoffrey West, we can envision how cities, companies and biological life alike are dancing to the same simple, powerful tune.

5.
Ben Mezrich
Woolly: The True Story of the Quest to Revive One of History’s Most Iconic Extinct Creatures

Science fiction becomes reality in this Jurassic Park-like story of the genetic resurrection of an extinct species—the woolly mammoth—by the bestselling author of _The Accidental Billionaires _and The 37th Parallel.
“With his knack for turning narrative nonfiction into stories worthy of the best thriller fiction” (Omnivoracious), Ben Mezrich takes us on an exhilarating true adventure story from the icy terrain of Siberia to the cutting-edge genetic labs of Harvard University. A group of young scientists, under the guidance of Dr. George Church, the most brilliant geneticist of our time, works to make fantasy reality by sequencing the DNA of a frozen woolly mammoth harvested from above the Arctic circle, and splicing elements of that sequence into the DNA of a modern elephant. Will they be able to turn the hybrid cells into a functional embryo and bring the extinct creatures to life in our modern world?

Along with Church and his team of Harvard scientists, a world-famous conservationist and a genius Russian scientist plan to turn a tract of the Siberian tundra into Pleistocene Park, populating the permafrost with ancient herbivores as a hedge against an environmental ticking time bomb. More than a story of genetics, this is a thriller illuminating the race against global warming, the incredible power of modern technology, the brave fossil hunters who battle polar bears and extreme weather conditions, and the ethical quandary of cloning extinct animals. Can we right the wrongs of our ancestors who hunted the woolly mammoth to extinction—and at what cost? 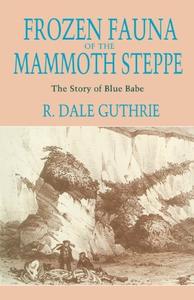 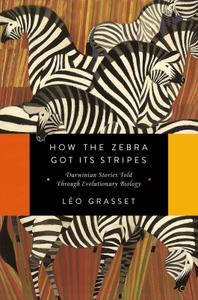 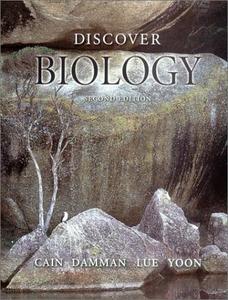 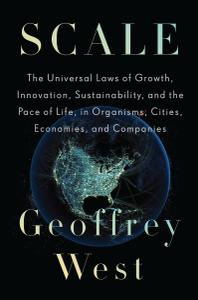 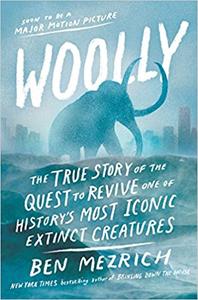