Active only at twilight or in the dark of night, most species of owl are seldom seen. Even the most zealous birders rarely encounter owls, and attempts to identify them are complicated by the number of species that are almost indistinguishable by plumage alone. This comprehensive guide (a thoroughly updated edition of the authors’ previous volume, Owls: A Guide to Owls of the World), penetrates the mysterious world of owls with full color illustrations, detailed species descriptions, useful information on vocalizations, and much more.

An important reference book as well as identification guide, Owls of the World encompasses the 250 known species and many subspecies of owl, including twelve new species that have been discovered over the last decade. Michael Wink, et al. contribute a new section on molecular evolution. The book features sixty-eight full-color plates depicting every species and distinct subspecies, color morphs, and juvenile plumages. Current distribution maps are also provided.

All the facts on:
· Identification features, including how to distinguish similar species
· Habitat
· Geographical variation
· Food, breeding, and habits
· Species status and conservation efforts
· The latest owl taxonomy, based on DNA analysis and vocalizations

Every ornithologist, birder, and wildlife enthusiast will want to own this essential guide—the most comprehensive and advanced book ever published on owls. 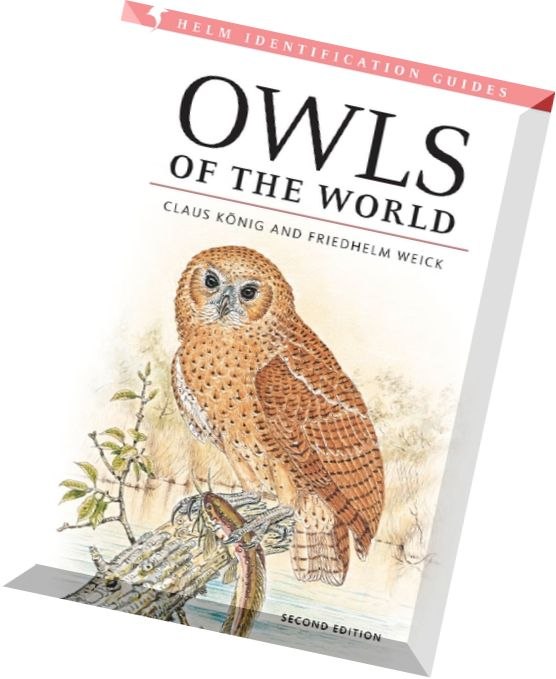