Owen Matthews
Glorious Misadventures: Nikolai Rezanov and the Dream of a Russian America

The Russian Empire once extended deep into America: in 1818 Russia’s furthest outposts were in California and Hawaii. The dreamer behind this great Imperial vision was Nikolai Rezanov – diplomat, adventurer, courtier, millionaire and gambler. His quest to plant Russian colonies from Siberia to California led him to San Francisco, where he was captivated by Conchita, the fifteen-year-old daughter of the Spanish Governor, who embodied his dreams of both love and empire. From the glittering court of Catherine the Great to the wilds of the New World, Matthews conjures a brilliantly original portrait of one of Russia’s most eccentric Empire-builders. 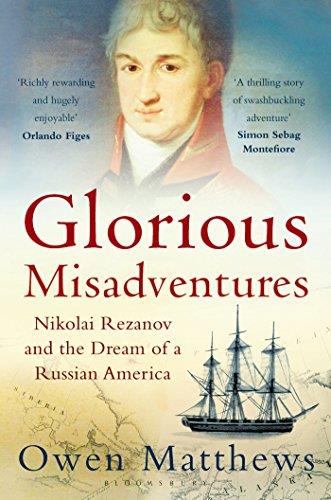 Owen Matthews
Glorious Misadventures: Nikolai Rezanov and the Dream of a Russian America