By the end of the Napoleonic Wars in 1815 Britain was the undisputed master of the seas, owing to the power and strength of the Royal Navy. Its fleets, comprising ships of the line, frigates, and gunboats, had doubled in size since the outbreak of the French Revolutionary Wars in 1793, totalling almost a thousand capital vessels. This book examines the commanders, men, and ships of the Royal Navy during the French Revolution and Napoleonic Wars, and discusses the Navy’s command structure (from the Admiralty down to ship level) and its organization at sea. The tactics employed in action by a fleet, squadron, and individual ship, respectively are also discussed, as are the medical services providing a fascinating insight into the navy that ruled the waves. 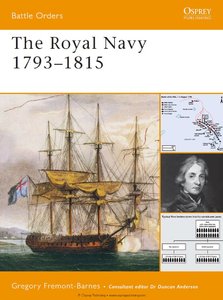