Join the world’s most famous travelling reporter in the complete guide to the world of Tintin.

Lavishly illustrated with photographs, illustrations, sketches and maps, the Tintin Companion is the ideal gift book for any fan of Herge’s great character. Written by ace Tintinologist Michael Farr, this book is the complete guide to The Adventures of Tintin, including fascinating background information on how the books were created. Learn how Tintin was based on Herge’s brothe, and Captain Haddock on himself! With fascinating detail Michael Farr also recounts how real people came to be immortalised in the Tintin books.

Still selling over 100,000 copies every year in the UK and having been adapted for the silver screen by Steven Spielberg and Peter Jackson in 2011, The Adventures of Tintin continue to charm more than 80 years after they first found their way into publication. Since then an estimated 230 million copies of Herge’s works have been sold, proving that comic books have the same power to entertain children and adults in the 21st century as they did in the early 20th. 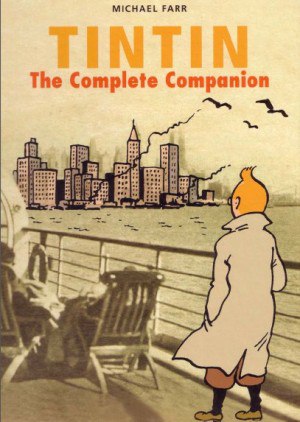