Covers trouble spots you are likely to encounter when using English at work, for study, or at home.
This guide sets out to give clear, straightforward advice on avoiding errors in spoken and written English.
Most people are at some time uncertain or confused about which word to use in a particular context, how to pronounce or spell a word, or whether they are using a word in the correct meaning. The guide aims to help you choose the right word or the most appropriate way of expressing yourself.

To boldly go or to go boldly? Who or whom? When should you use a comma, a colon or a semi-colon? What is the difference in meaning between imply and infer? How can you express yourself more clearly in writing? Is it acceptable to end a sentence with a preposition? Here, in A-Z format, are straightforward answers to questions like these. Written simply, the entries cover many of the problems you are likely to encounter when using English at work, at study or at home. Both US and British spelling and pronunciation is given, and there is advice on avoiding jargon and sexist language, and on the writing of reports and curriculum vitae.

2.
Garry Bannister – Kiss My …: A Dictionary of English-Irish Slang

A book that met with stern opposition from both the publishing industry and the Gaelgeoiri they were afraid of offending when the manuscript was first circulated in 1999, this collection of Irish translations of English slang is sure to inform, amuse and occasionally shock its readers. As the author wrote in the preface, ‘There is no such things as bad language…Slang is raw speech and it comes from the essence of what makes us who we are…Shifting attitudes are reflected within the language itself and these changes, in turn, are often colourfully manifested in idiom,common parlance and slang.’ In his effort to desanitise the language, Bannister makes it more accessible and attractive for people to speak regularly.

There is a long history of Irish dictionaries trying to capture the essential features of our native language. People travelling on the road from Dublin to Cork, or the other way around, used to spy the Rock of Cashel standing majestically on its own overlooking the boring flat fields of Tipperary. It is, and was, a tourist attraction where buses stop on their way to the next restaurant. Mutters are made about the Kings of Munster and other romantic guff, but it is probably never explained that it was in this high rock that the first dictionary of Irish was compiled over a thousand years ago under the tutelage of Cormac О Cuileannain, certainly King of Munster.

3.
J. A. Coleman
The Dictionary of Mythology: An A-Z of Themes, Legends and Heroes

This book includes myths, heroes, places and legends from all five continents, and from the different cultures and peoples found there. It has appeal to all general knowledge and crossword enthusiasts, and those who enjoy complete reference libraries. It can be read for enjoyment as well as extensively for reference. It is a serious player in its field, both by its content and extent.

This is the first dictionary of symbols to be based on literature, rather than ‘universal’ psychological archetypes or myths. It explains and illustrates the literary symbols that we all frequently encounter (such as swan, rose, moon, gold), and gives hundreds of cross-references and quotations. The dictionary concentrates on English literature, but its entries range widely from the Bible and classical authors to the twentieth century, taking in American and European literatures. For this new edition, Michael Ferber has included over twenty completely new entries (including bear, holly, sunflower and tower), and has added to many of the existing entries. Enlarged and enriched from the first edition, its informed style and rich references make this book an essential tool not only for literary and classical scholars, but for all students of literature.

This is the first etymological dictionary of Proto-Celtic to be published after a hundred years, synthesizing the work of several generations of Celtic scholars. It contains a reconstructed lexicon of Proto-Celtic with ca. 1500 entries. The principal lemmata are alphabetically arranged words reconstructed for Proto-Celtic. Each lemma contains the reflexes of the Proto-Celtic words in the individual Celtic languages, the Proto-Indo-European (PIE) roots from which they developed, as well as the cognate forms from other Indo-European languages. The focus is on the development of forms from PIE to Proto-Celtic, but histories of individual words are explained in detail, and each lemma is accompanied by an extensive bibliography. The introduction contains an overview of the phonological developments from PIE to Proto-Celtic, and the volume includes an appendix treating the probable loanwords from unknown non-IE substrates in Proto-Celtic. 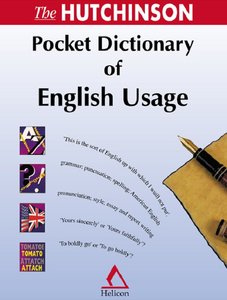 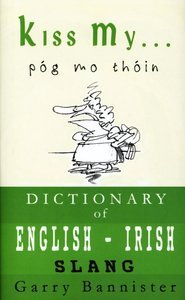 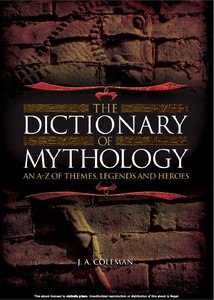 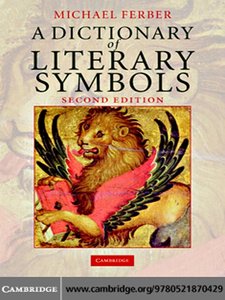 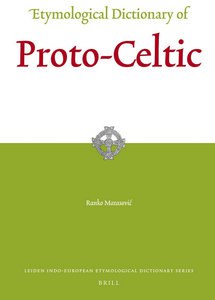