This guide uses an integrated photographic approach to profile the extraordinary range of birds found in the Western Palearctic region. With its comprehensive coverage, easy-to-use layout and visual impact, it should appeal to bird enthusiasts of all ages and levels of experience. The book opens with an introduction that offers a portrait of birds and their habitats. Covering evolution, anatomy and behaviour, it also describes how birds have adapted to different environments – from wetlands and rocky coasts to woodland and urban gardens. The 320 species most commonly seen in Britain and Europe have full-page coverage, comprising of a large photograph of each bird in its most frequently observed plumage with supporting images showing the most important plumage variations: adult/juvenile; male/female; and winter/summer. Additional illustrations reveal the characteristic appearance of each bird in flight, while “in situ” views portray a range of behaviours and habits. Similar-looking species and subspecies are also pictured, for comparison. In each species profile, key features are highlighted by annotation around each picture and further details of voice, nesting, feeding, migration, habitat, nomenclature, physical statistics, social grouping, behaviour, lifespan and conservation status are presented in jargon-free text. Distribution is shown in colour-coded maps. In addition to the main species, over 200 less common and peripheral birds are also illustrated and described, while a further 276 very rare and introduced species are concisely profiled.

2.
J. Bryan Nelson
Pelicans, Cormorants, and Their Relatives: The Pelecaniformes

The pelecaniformes are a large and important group of seabirds, containing many spectacular species. This book addresses the breeding biology of the six pelecaniform families, which comprise the closely-related core groups (pelicans, cormorants/shags, darters, gannets/boobies) and their more distant relatives, the frigate birds and tropic birds. Many fundamental questions can be addressed through the pelecaniformes: Why do they breed in colonies? What are the links between their feeding methods and their reproduction? What part does territorial and pairing behavior play in their life-cycles? These and scores of comparable issues, including those related to man, are woven here into a richly interpretative text.
The author’s approach to the subject is threefold. First, the pelecaniformes are placed within the framework of four discrete disciplines, with chapters on evolutionary relationships, comparative behavior, ecology, and the birds’ relationship with humans. Secondly, each of the six families is discussed, elucidating the range of taxonomy, behavior, and ecology within each. Finally, we progress to specific level, using the same structure as for the family accounts. In this way, each of the 60-odd species can be understood not just as discrete units, but as part of their family and order. The book is unique in its coverage of the entire order and in its combination of facts and interpretation.
Pelicans, Cormorants, and their Relatives will enable readers not only to identify the many spectacular species which make up this large and important group of seabirds, but also to understand their breeding biology.

Stacey and Koenig discuss the phenomenon of cooperative breeding among birds, an unusual kind of social behavior common to only a few hundred species worldwide, in which individuals other than the male-female pairs help to raise the young of a single nest or den. Because certain individuals aid in raising offspring which are not their own, cooperative breeding gives rise to some of the clearest examples of altruism among animals. This unique breeding behavior is of interest to evolutionary biologists and behavioral ecologists since such species exhibit some of the most unusual and bizarre social behavior observed anywhere in the animal kingdom. The studies are all long term and consequently the book summarizes some of the most extensive studies of the behavior of marked individuals ever undertaken. Graduate students and research workers in ornithology, sociobiology, behavioral ecology and evolutionary biology will find much of value in this book.

The book’s subtitle – A study of an ecological interaction – properly reflects the author’s theme but may tend to hide the fact that the relationships between birds and berries can be much more than the simple, mutually advantageous systems (‘eat my fruits, spread my seeds’ ) they may seem at first to be. Therein lies the core of the book – the less obvious intricacies and impications of plant/bird associations, the coevolution of species in some cases and the adaptation of a species (bird or plant) to further its own advantage. To complicate the scene, too, there are the ‘exploiters’, the pulp-predators and seed-predators that feed at the plant’s expense.
In Part I of the book the authors provide accounts by species of the trees and shrubs they observed over many years in their study area of southern England; similarly, Part 2 records the bird species they watched feeding, or attempting to feed, or preventing other birds from feeding, on the fruits.
Part 3 ranges widely and is not confined to Britain and Europe. It investigates the strategies and adaptations evolved and employed by plants to ensure their success, and their attempts at defence against the bird ‘predators’. It looks at the birds themselves, their foraging techniques and fruit preferences, the limitations of a fruit diet and adaptations to it, the time and energy budgets of fruit-eaters and, finally, the intriguing question of coevolution of plants and birds.
This thought-provoking text offers many insights not generally perceived by ornithologist or botanist and is illustrated in masterly fashion by John Busby’s lively drawings.

5.
Carol and Tim Inskipp
A Guide to the Birds of Nepal

This impressively comprehensive study and review of the birds in Scotland by Valerie Thom, editor of Scottish Birds and past-President of the Scottish Ornithologists’ Club, may be said to follow on where the celebrated two volumes of The Birds of Scotland (1953), by Dr Baxter and Miss Rintoul, left off. It does more than that, however, since not only has there been a profound increase in ornithological coverage and data (as reflected in the species accounts), there have also been great changes in habitat and environment since the days of Baxter & Rintoul. These aspects form the themes of the ten preliminary chapters reviewing the Scottish scene today in terms of habitat, conservation, birdwatching and the changes in species status and distribution.The species accounts, the backbone of the book, review the period 1950-83 but include, where practicable, records of rarities and details of counts up to the spring of 1985; there are also brief summaries of earlier data based on the researches of Baxter & Rintoul. In all, 497 species are dealt with.The texts of major species accounts are complemented by 173 distribution maps and many tables of relevant data, and there are 129 species drawings by a team of artists under the editorship of Donald Watson, who also contributes chapter head pieces and other drawings. A section of photographs illustrates the varied habitats typical of Scotland today. There are, further, appendices and an extensive bibliography.The book is of great and obvious interest to all birdwatchers in Scotland but it will be of special value, too, to the many thousands of birdwatching visitors from elsewhere in these islands and from countries abroad.The Scottish Ornithologists’ Club, for whom the book is published, and all whose records and researches made the author’s work possible, have reason to be proud of Valerie Thom’s achievement. The book’s users will be indebted to them all for this comprehensive and essential guide to birds in Scotland.

Following on from its hugely successful launch in 1999, Collins Bird Guide – the ultimate reference book for bird enthusiasts – now enters its second edition. With expanded text and additional colour illustrations, the second edition of the hugely successful Collins Bird Guide is a must for every birdwatcher. The book provides all the information needed to identify any species at any time of the year, covering size, habitat, range, identification and voice. Accompanying every species entry is a distribution map and illustrations showing the species in all the major plumages (male, female, immature, in flight, at rest, feeding: whatever is important). In addition, each group of birds includes an introduction which covers the major problems involved in identifying or observing them: how to organise a sea watching trip, how to separate birds of prey in flight, which duck hybrids can be confused with which main species. These and many other common birdwatching questions are answered. The combination of definitive text, up-to-date distribution maps and superb illustrations, all in a single volume, makes this book the ultimate field guide, essential on every bookshelf and birdwatching trip.

With nearly six hundred identified species of birds-and an average of five “new” species discovered annually-Belize is becoming a birding hotspot for amateur and professional birders from around the globe. Thousands of birders visit the country each year to enjoy Belize’s amazing abundance and variety of both temperate and tropical birds in natural habitats that remain largely unspoiled. But until now, despite the growing need for an authoritative identification guide, birders have had to rely on regional field guides that offer only limited information on Belizean birds.

Birds of Belize provides the first complete guide to the identification of all currently known species-574 in all. The birds are grouped by families, with an introduction to each family that highlights its uniquely identifying characteristics and behaviors. The species accounts include all the details necessary for field identification: scientific and common names, size, plumage features, thorough voice descriptions, habitat, distribution, and status in Belize. Full color, expertly drawn illustrations by noted bird artist Dana Gardner present male and female, juvenile and adult, and basic and alternate plumages to aid visual identification throughout the year, while 234 range maps show the birds’ distribution and seasonality in Belize. A comprehensive bibliography completes the volume. 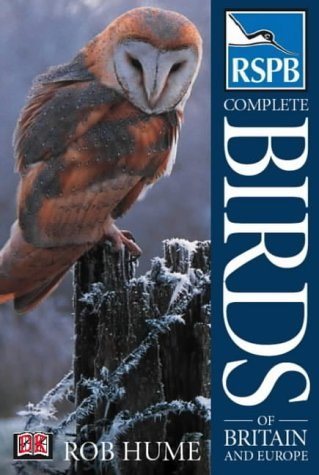 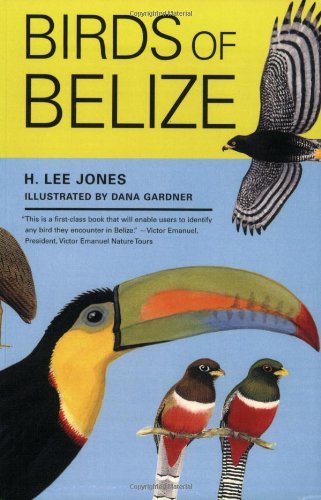 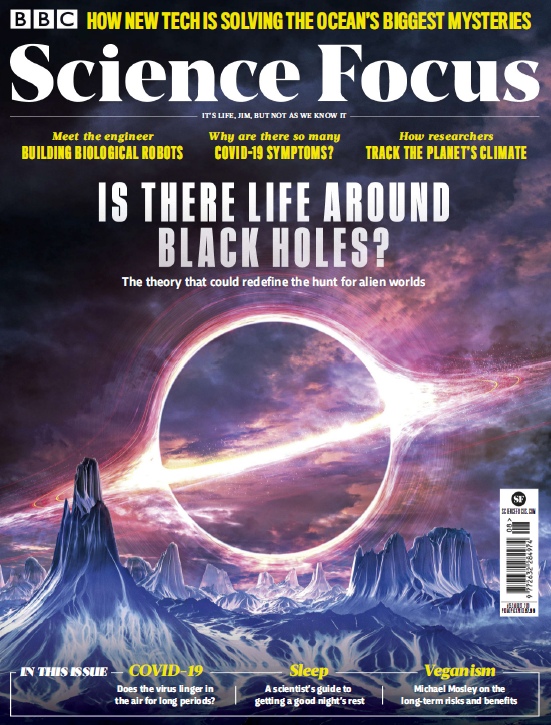 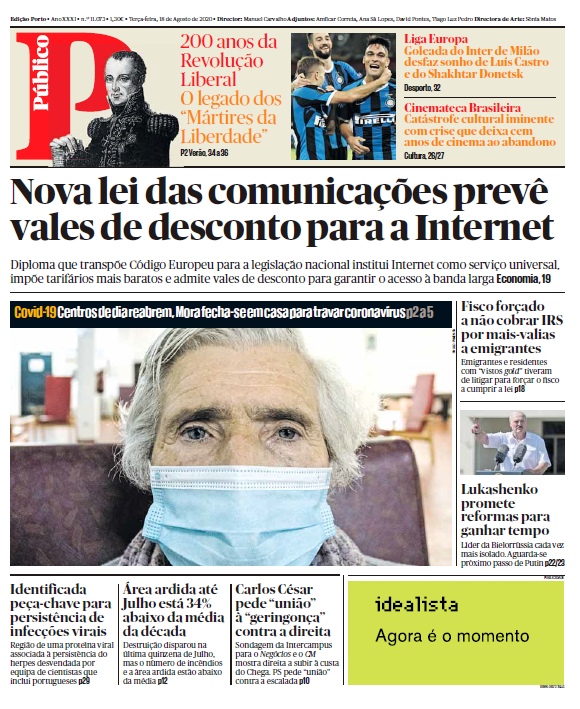 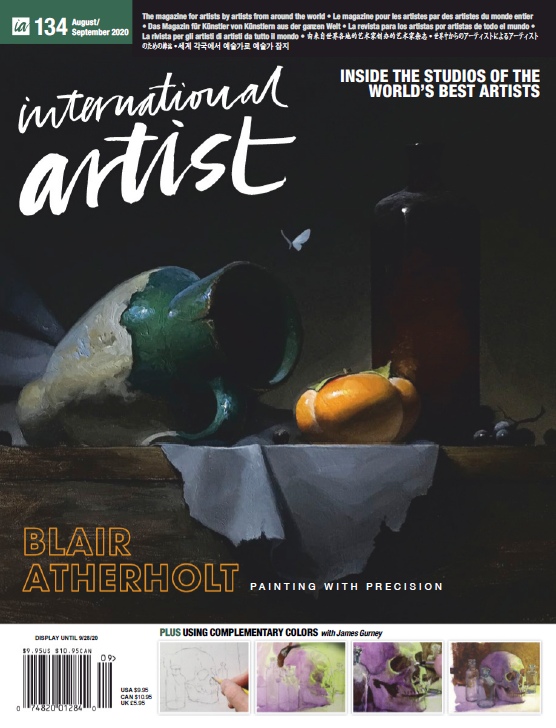 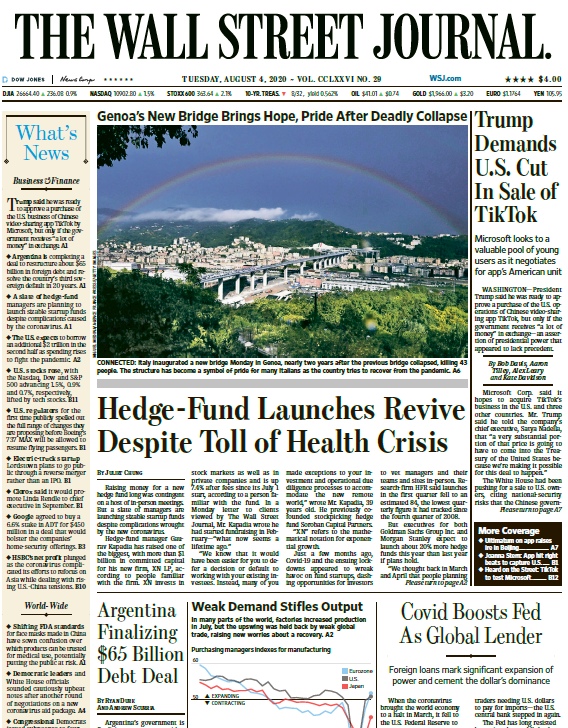 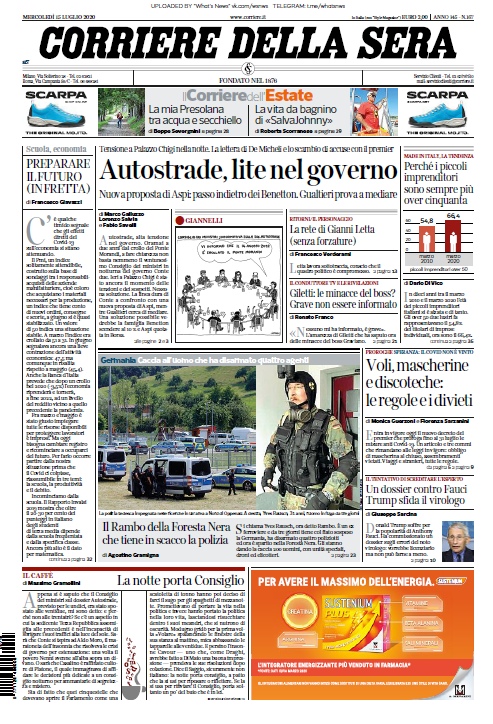