This volume provides the results of a 30-year excavation, reconstruction, and public interpretation campaign at the late prehistoric inland promontory settlement of Castell Henllys, here focusing on the defensive sequence and the role of monumentality in later prehistory. The site has international significance because of the extensive excavations of the Iron Age palisaded settlement and later earthen ramparts, complex gateway, and chevaux-de-frise of upright stones. It is now widely recognised that the Iron Age consisted of many regional cultural traditions, and the excavations at Castell Henllys provide a vital contrast to the well-known large hillfort communities in other parts of England and Wales as well as across Europe. As such, it is a unique window into a widespread but largely ignored site category and form of social and economic organisation. The publication will provide a case study for the construction and use of the earthworks of a major European late prehistoric settlement type – the Iron Age hillfort the monumental construction is compared with other communal investments such as the Mississippian mounds. It will also offer an innovative form of site reporting, including alternative interpretations of the earthworks as either military defences or the community-binding symbols. Along with Excavation, Experiment and Heritage Interpretation: Castell Henllys Hillfort Then and Now, these books will be required reading by those studying the late prehistoric archaeology of Britain and Europe at advanced undergraduate and postgraduate level, and by those in North America studying complex societies, monumentality and ways of writing archaeology.

4.
John J. Shea
Stone Tools in the Paleolithic and Neolithic Near East: A Guide

Stone Tools in the Paleolithic and Neolithic Near East: A Guide surveys the lithic record for the East Mediterranean Levant (Lebanon, Syria, Israel, Jordan, and adjacent territories) from the earliest times to 6,500 years ago. It is intended both as an introduction to this lithic evidence for students and as a resource for researchers working with Paleolithic and Neolithic stone tool evidence. Written by a lithic analyst and professional flintknapper, this book systematically examines variation in technology, typology, and industries for the Lower, Middle, and Upper Paleolithic the Epipaleolithic and Neolithic periods in the Near East. It is extensively illustrated with drawings of stone tools. In addition to surveying the lithic evidence, the book also considers ways in which archaeological treatment of this evidence could be changed to make it more relevant to major issues in human origins research. A final chapter shows how change in stone tool designs point to increasing human dependence on stone tools across the long sweep of Stone Age prehistory.

Social and cultural anthropology and archaeology are rich subjects with deep connections in the social and physical sciences. Over the past 150 years, the subject matter and different theoretical perspectives have expanded so greatly that no single individual can command all of it. Consequently, both advanced students and professionals may be confronted with theoretical positions and names of theorists with whom they are only partially familiar, if they have heard of them at all. Students, in particular, are likely to turn to the web to find quick background information on theorists and theories. However, most web-based information is inaccurate and/or lacks depth. Theory in social and Cultural Anthropology is a miuch-needed source providing quick overviews of key theories and theorists within the field. 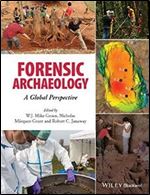 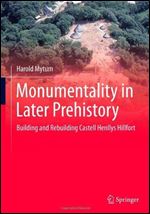 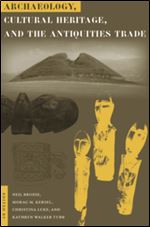 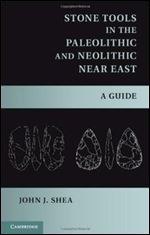 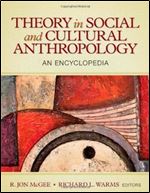