This book is an exciting new look at how archaeology has dealt with the bodily senses and offers an argument for how the discipline can offer a richer glimpse into the human sensory experience. Yannis Hamilakis shows how, despite its intensely physical engagement with the material traces of the past, archaeology has mostly neglected multi-sensory experience, instead prioritising isolated vision and relying on the Western hierarchy of the five senses. In place of this limited view of experience, Hamilakis proposes a sensorial archaeology that can unearth the lost, suppressed, and forgotten sensory and affective modalities of humans. Using Bronze Age Crete as a case study, Hamilakis shows how sensorial memory can help us rethink questions ranging from the production of ancestral heritage to large-scale social change, and the cultural significance of monuments. Hamilakis points the way to reconstituting archaeology as a sensorial and affective multi-temporal practice.

Humans occupy a material environment that is constantly changing. Yet in the twentieth century archaeologists studying British prehistory have overlooked this fact in their search for past systems of order and pattern. Artefacts and monuments were treated as inert materials which were the outcomes of social ideas and processes. As a result materials were variously characterized as stable entities such as artefact categories, styles or symbols in an attempt to comprehend them. In this book Jones argues that, on the contrary, materials are vital, mutable, and creative, and archaeologists need to attend to the changing character of materials if they are to understand how past people and materials intersected to produce prehistoric societies. Rather than considering materials and societies as given, he argues that we need to understand how these entities are performed.

Jones analyses the various aspects of materials, including their scale, colour, fragmentation, and assembly, in a wide-ranging discussion that covers the pottery, metalwork, rock art, passage tombs, barrows, causewayed enclosures, and settlements of Neolithic and Early Bronze Age Britain and Ireland.

While the study of networks has grown exponentially in the past decade and is now having an impact on how archaeologists study ancient societies, its emergence in the field has been dislocated. This volume provides a coherent framework on network analysis in current archaeological practice by pulling together its main themes and approaches to show how it is changing the way archaeologists face the key questions of regional interaction.

Working with the term ‘network’ as a collection of nodes and links, as used in network science and social network analysis, it juxtaposes a range of case studies and investigates the positives and negatives of network analysis. With contributions by leading experts in the field, the volume covers a broad range: from Japan to America, from the Palaeolithic to the Precolumbian.

This is the first volume to introduce the data, theory and methodology of contemporary archaeological work in Japan and other parts of East Asia archaeology in English to western audiences. It also introduces a new theoretical concept to archaeologists interested in the relationship between ancient cultures—coexistence. Archaeologists traditionally examine the boundaries between different cultural groups in terms conflict and dominance rather than long-term, harmonious adaptive responses. Chapters in this book cover evidence from burials, faunal and botanical analysis, as well as traditional trade goods. It is of interest to archaeologists conducting research in East Asia or studying intercultural interaction anywhere around the globe.

A series of detailed and deeply researched case studies that explore the links with and impact from Roman society in Northern Europe of the Iron and Viking Ages. In an original way, Roman Reflections brings late prehistoric Denmark best known from the standpoint of its so-called bog bodies into a world dominated by textual histories, principally Tacitus. The studies include a new examination of the bog bodies of the late first millennium BC, a classical archaeological puzzle: men, women and children murdered but respected in death and with items of fine clothing. Another challenges the traditionally held ideas about the Cimbri by exploring the significance of the find of the startling and famous European artefact, the Gundestrup silver cauldron. Other studies comprise an archaeologically founded modernist discussion of the ethnography of Tacitus Germania, in particular the character of ancient Germanic Bronze and Iron Age society, and a linguistic exploration of the Latin inheritance in Northern Europe names and places. Throughout, traditional sources and history are presented in conjunction with new archaeological observations and interpretations. In an accessible way, Roman Reflections assesses Denmark’s part on a larger stage, showing how this lay the foundations for its zenith in Viking times. 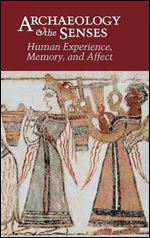 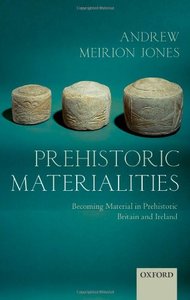 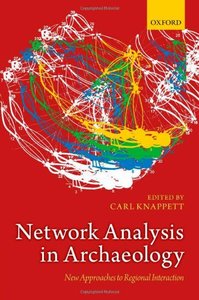 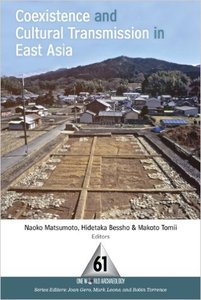 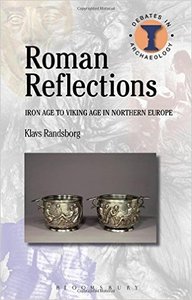