In this book, Conrad Rudolph studies and reconstructs Hugh of St. Victor’s forty-two-page written work, The Mystic Ark, which describes the medieval painting of the same name. In medieval written sources, works of art are not often referred to, let alone described in any detail. Almost completely ignored by art historians because of the immense difficulty of its text, Hugh of Saint Victor’s Mystic Ark (c. 1125-1130) is among the most unusual sources we have for an understanding of medieval artistic culture. Depicting all time, all space, all matter, all human history, and all spiritual striving, this highly polemical painting deals with a series of cultural issues crucial in the education of society’s elite during one of the great periods of intellectual change in Western history.

“In 1985, the French philosopher Jean-Francois Lyotard curated a groundbreaking exhibition called Les Immateriaux at the Centre Pompidou in Paris. The exhibition showed how telecommunication technologies were beginning to impact every aspect of life. At the same time, it was a material demonstration of what Lyotard called the post-modern condition.

This book features a previously unpublished report by Jean-Francois Lyotard on the conception of Les Immateriaux and its relation to postmodernity. Reviewing the historical significance of the exhibition, his text is accompanied by twelve contemporary meditations. The philosophers, art historians, and artists analyse this important moment in the history of media and theory, and reflect on the new material conditions brought about by digital technologies in the last 30 years.”

This visually stunning and technically detailed book is an in-depth analysis of the materials and techniques used on thirty eight of the V&A’s Renaissance frames. The book will teach the reader to recognise frame style, structure and surface decoration of the period, as well as additions and alterations and later frames in the style.
* First detailed technical analysis of the V&A’s most important Renaissance frames
* Highly illustrated with 100 + colour photos of front back and details, digital reconstructions, section profiles, and illustrations of frame types, joints and mouldings.
* Provides a comparative reference for Renaissance frames in other publications
Christine Powell has worked at the V&A since 1993. She is a Senior Furniture Conservator specialising in gilt wood European Furniture, mirror and picture frames. She has also worked at The National Gallery London for seven years as conservator working on European painted and gilt wood altarpieces and frames and The Wallace Collection for two years on European gilt wood frames and furniture. She has taught and published articles on the history, materials techniques and conservation of gilding. Christine studied furniture making and restoration of furniture at the London College of Furniture (latterly the Metropolitan University) including wood finishing, carving and gilding. Before this she worked in private practice for furniture restoration and special paint effects firms. She also attended Epsom School of Art and Design.
Zoe Allen first joined the V&A in 2000 to work on gilt wooden objects for the British Galleries and returned to the V&A in 2003 where she has worked since as Frames and Gilded Furniture Conservator. Before joining the V&A full time she worked as a conservator for both public institutions, such as English Heritage, and private practices including projects at the Royal Academy, St Paul’s Cathedral and Somerset House. Zoe has published articles on her work. After a first degree in French Literature, Zoe studied conservation at the City & Guilds of London Art School. Her training covered the conservation of objects made from wood, stone and other sculptural materials, gilding and decorative surfaces. Internships included the National Institute for Restoration, Croatia, the Royal Collection, London and the Museum of London.

* First detailed technical analysis and documentation of 40 of the most important
Renaissance frames in the V&A collection.
* Provides a comparative reference for Renaissance frames in other international
collections.
* Highly illustrated with 100+ commissioned colour photos of frame fronts,
backs and close-up shots of details as well as digital reconstruction of selected frames

The New Art History provides a comprehensive introduction to the fundamental changes which have occurred in both the institutions and practice of art history over the last thirty years. Jonathan Harris examines and accounts for the new approaches to the study of art which have been grouped loosely under the term ‘the new art history’. He distinguishes between these and earlier forms of ‘radical’ or ‘critical’ analysis, explores the influence of other disciplines and traditions on art history, and relates art historical ideas and values to social change. Structured around an examination of key texts by major contemporary critics, including Tim Clarke, Griselda Pollock, Fred Orton, Albert Boime, Alan Wallach and Laura Mulvey, each chapter discusses a key moment in the discipline of art history, tracing the development and interaction of Marxist, feminist and psychoanalytic critical theories. Individual chapters include: * Capitalist Modernity, the Nation-State and Visual Representation * Feminism, Art, and Art History * Subjects, Identities and Visual Ideology * Structures and Meanings in Art and Society * The Representation of Sexuality

The Vatican Museums had their origin in the private collections of Cardinal Giuliano della Rovere, which he brought to the Apostolic Palace and exhibited in the Belvedere Garden of Innocent VIII (1482-1492), when he was elected Pope in 1503 and took the name of Julius II (1503-1513). This typical humanistic open-air museum, which was then enriched by the munificence of Leo X (1513-1521), Clement VII (1523-1534) and Paul III (1534-1550), included such famous statues of antiquity as the Apollo, appropriately called Belvedere, the Torso, the marble group of the Laocoon, the Tiber and the Nile. The Middle Ages passed on to us the spiritual, literary, political and juridical heritage of the Western classical world, before the coming of Christ. The Church recognized the eternal human value of this precious written heritage, to which the popes of the Renaissance added that of the figurative arts, creating the museums alongside the libraries, and the first of these in Europe was opened by Sixtus IV (1471-1484) , on the Capitoline hill in Rome. 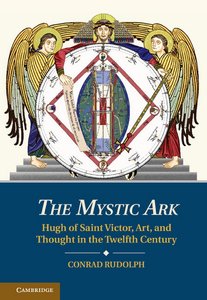 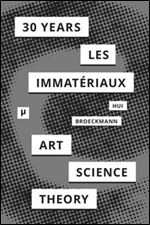 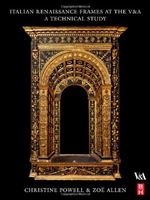 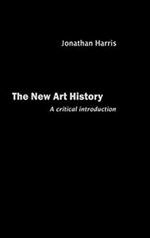 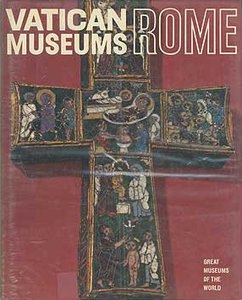