1.
The Golden Age of Chinese Archaeology: Celebrated Discoveries From the People’s Republic of China

Fifty years of scientific archaeology in the People’s Republic of China (PRC) have redefined early Chinese culture. This handsome volume surveys some of the most spectacular recent finds and their role in reshaping the history of civilization in ancient China. The National Gallery of Art in Washington, D.C., teamed up with Kansas City’s Nelson-Atkins Museum of Art to organize a second extravaganza of unburied treasures, emphasizing discoveries made since their last show in 1974. The more than 175 objects from four historical periods and in numerous media represent important early sites and a diversity of cultures located outside the central Yellow River area–most notably in the south and southwest regions, like the state of Chu. The range is vast, from roughly painted pots about 6,000 years old to lovely clay and marble figures modeling the courtly fashions of 1,000 years ago. The excellent photographs and short texts on individual objects and their excavation sites describe their artistic and historical importance and prompt readers to savor individual artifacts over broad sweeps of history. Linger over a unique pottery basin painted with diagonal lozenges; an over-life-size bronze figure and related heads with strikingly geometrical features; various fantastic creatures in bronze and jade; lacquer bowls and silk garment fragments that have unbelievably survived the centuries; and polychromed Buddhist deities that reveal details like blue mustaches and eyebrows.

2.
The Exhibition of Archaeological Finds of the People’s Republic of China

3.
The Chinese Exhibition: The Exhibition of Archaeological Finds of The People’s Republic of China

The National Gallery of Art, The Nelson Gallery-Atkins Museum and the Asian Art Museum of San Francisco are proud and honored to bring to you The Exhibition of Archaeological Finds of The People’s Republic of China.

4.
Fong, Wen
The Great Bronze Age of China: An Exhibition from The People’s Republic of China

Nearly 4,000 years ago, the ancient Chinese made a discovery that would determine the course of their history and culture for two millennia—the alloy of tin and copper known as bronze. Bronze was used for tools and weapons and even musical instruments, but the Great Bronze Age of China has come down to us mainly in the ritual vessels that symbolized power and prestige for China’s first three dynasties: the Xia, the Shang, and the Zhou. Passed on to successive conquerors, used to honor the ancestors, and buried—along with other grave goods and sacrificial victims or in storage pits by fleeing members of defeated dynasties—these exquisite bronzes reveal more about the character of life in ancient China than any other artifacts. As Chinese legend tells us, whoever held the bronze vessels held the power.

Recent archaeological excavations and recent diplomatic ties between the People’s Republic and the United States have combined to make possible a unique exhibition of Bronze Age artifacts. Eighty-five bronzes—including vessels that range from the simplest wine cup to huge cauldrons, elaborate bird- and elephant-shaped containers, bells, and a standard top—are seen together for the first time on a generous loan from the People’s Republic to five United States museums. Included are some objects so treasured that it was at first thought that they would not be permitted to leave China. Perhaps the most stunning objects are those from one of the most remarkable finds in the history of archaeology: in 1974, more than 7,000 life-size figures—a veritable army of warriors, cavalry, and chariots complete with horses and drivers—were discovered still standing, rank after rank, guarding the burial mound of China’s first emperor, Qin Shihuangdi, who died in 210 B.C. Eight of them, six men and two horses, are included here, the first to be placed on exhibit outside China. Richly carved jades and an iron belt hook make up the remainder of the 105 objects presented. To document this extraordinary exhibition, The Metropolitan Museum of Art, New York, sent a special advance team of researchers and a photographer to China in 1979, led by director Philippe de Montebello. Represented in this catalogue are the results of that journey—color-plate illustrations of all of the objects in the show, including many details, supplemented by black and white photographs—most of them supplied by China’s Cultural Relics Bureau—along with many drawings, charts, and maps.

Four thousand years ago a remarkable culture, that of the pastoral nomads, emerged in the Eurasian steppes north of the Great Wall of China, in the vast expanse of grasslands that stretches from Siberia into Central Europe. By the first millennium B.C., material prosperity among the nomads had brought about a flowering of creativity and the evolution of a new artistic vocabulary.

The pastoral peoples left no written record, but the artifacts that remain provide a key to understanding their culture and beliefs. Beautifully crafted and highly sophisticated and abstract in design, these objects are visual representations of the natural and supernatural worlds that guided their lives.

An equestrian people, the nomads produced many objects associated with horses and the paraphernalia of riding. These were embellished primarily with animal motifs. The figures that populate these small objects—ibex and hedgehogs, deer and camels, griffins and dragons—at time exhibit violence and aggression, at times an appealing charm, but always spirit and vitality. This “animal style” would remain a significant source of inspiration in the decorative arts of the Eurasian continent for centuries to come.

The artistic exchange between the pastoral peoples and their settled Chinese neighbors through trade, migration, marriage alliances, and warfare contributed to the cultural development of both groups. This book chronicles that exchange and tells of the legacy of their art, with iconographic analyses and detailed descriptions of nearly two hundred artifacts. 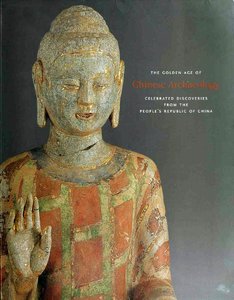 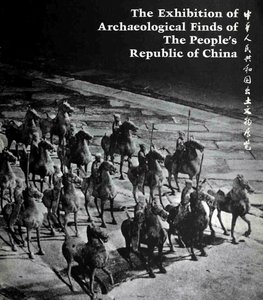 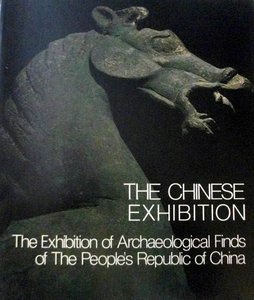 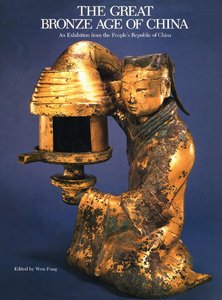 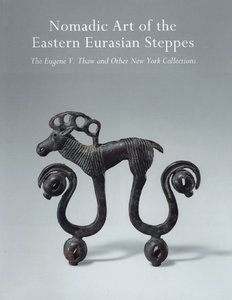