1.
Barrie W. Jones
Life in the Solar System and Beyond

In Life in the Solar System and Beyond, Professor Jones has written a broad introduction to the subject, addressing important topics such as, what is life?, the origins of life and where to look for extraterrestrial life.
The chapters are arranged as follows: Chapter 1 is a broad introduction to the cosmos, with an emphasis on where we might find life. In Chapters 2 and 3 Professor Jones discusses life on Earth, the one place we know to be inhabited. Chapter 4 is a brief tour of the Solar system, leading us in Chapters 5 and 6 to two promising potential habitats, Mars and Europa. In Chapter 7 the author discusses the fate of life in the Solar system, which gives us extra reason to consider life further afield. Chapter 8 focuses on the types of stars that might host habitable planets, and where in the Galaxy these might be concentrated. Chapters 9 and 10 describe the instruments and techniques being employed to discover planets around other stars (exoplanetary systems), and those that will be employed in the near future. Chapter 11 summarizes the known exoplanetary systems, together with an outline of the systems we expect to discover soon, particularly habitable planets. Chapter 12 describes how we will attempt to find life on these planets, and the final chapter brings us to the search for extraterrestrial intelligence, and the question as to whether we are alone.

2.
Buzz Aldrin
Spaceflight: The Complete Story from Sputnik to Shuttle and Beyond

The 50-year quest to conquer the final frontier – this compelling story of exploration beyond our own planet chronicles and celebrates man in space, from Sputnik’s momentous first foray to the spellbinding missions planned for the future. Introduced by astronaut Buzz Aldrin, with unforgettable images and vivid first hand accounts, “SpaceFlight” shows how satellite and manned missions have dramatically changed human life. From pioneers like Werner Von Braun and Yuri Gagarin to the triumphs and tragedies of succeeding programmes, read about the people, the science and the hardware that have propelled us into the space age.

From Booklist
An introduction to the history of launching people into space, this visual vault introduces the subject with immediacy. The volume hopes, writes moonwalker Buzz Aldrin in a foreword, to inspire the next generation of space travelers, and the design certainly arrests attention. In more than 800 photographs organized on two-page spreads, the album introduces theoreticians of space technology such as Konstantin Tsiolkovskii; explains the evolving technology with arrowed diagrams of rockets, capsules, and space suits; dramatizes landmark space missions from Sputnik to China’s recent launches of taikonauts; and reproduces images of space-age paraphernalia, such as postal stamps and mission patches. A positive distinction of the presentation is its national balance: the Soviet space program is amply pictured, especially its successes with space stations, and the space activities of Europe, India, and Japan are depicted as well. Aiming for breadth, the author also describes robotic planetary missions; includes several spectaculars from the Hubble Space Telescope; and points to future directions of private spaceships and NASA’s proposed successors to the space shuttle. Space browsers will gravitate to this colorful tome. Taylor, Gilbert —This text refers to an out of print or unavailable edition of this title.

“A feast for the eyes and a treat for the historian in all of us…a magnificent volume.” — Aerospace Legacy Foundation magazine

“A must-have for any space enthusiast’s library.” — LAUNCH magazine —This text refers to an out of print or unavailable edition of this title. 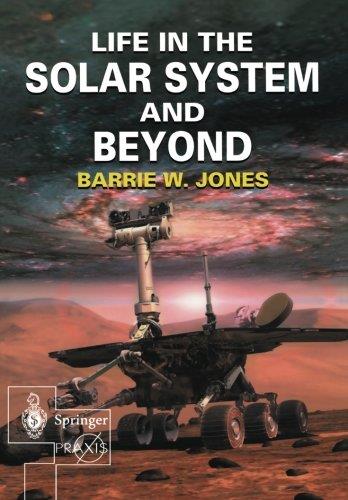 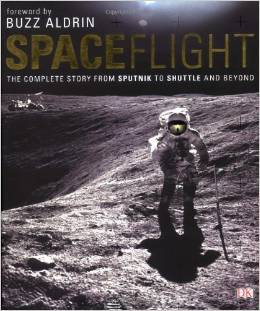