This rousing history of Goya’s life and times opens with a devastating anecdote about his most notorious model. Evidently the 13th duchess of Alba, “by every account a mankiller,” once picked up a poor seminarian while cruising incognito and forced him to dine her so lavishly that he had to forfeit his trousers when the bill came. Connell takes the painter’s career as a vantage point from which to portray Spain at the end of the 18th century. As the ambitious young artist from Saragossa was attempting to climb the ladder of imperial favor, the House of Bourbon was in decline, its empire dominated by a despotic Inquisition and a terrible heedlessness of what was happening on the other side of the Pyrenees. By the time the French invaded, Goya’s hard-won status was unassailable, even by his own brutal honesty, and remained so through the ensuing upheavals, his work growing more satirical and embittered with each change of regime. One of the chief puzzles about Goya is how he managed to retain the favor of his patrons while making them look awful and, conversely, how he correlated his political conscience with his persistent ambition. Instead of answering these questions, Connell explores the rich perversities of the whole epoch, thus rendering the painter’s peculiarities more authoritative than mysterious. The loosely structured narrative includes canny, sometimes hilarious character sketches, wry reportage of contemporary horrors and opinionated engagements with his many sources, including such entertaining figures as Casanova and Lady Elizabeth Holland. On the paintings, he makes only occasional, though pointed, commentary. This is, in short, an old-fashioned, belle-lettristic biography, full of erudition, unobtrusive scholarship and personality, whether its subject’s or its author’s being really beside the point; readers of Robert Hughes’s recent Goya will want Connell’s cultural reportage as counterpoint.

2.
Joyce Chaplin
The First Scientific American: Benjamin Franklin and the Pursuit of Genius

Famous, fascinating Benjamin Franklin-he would be neither without his accomplishments in science. In this authoritative intellectual biography of America’s most brilliant and cosmopolitan Founding Father, Joyce Chaplin considers Franklin’s scientific work as a career in its own right as well as the basis of his political thought. The famous kite and other experiments with electricity were only part of Franklin’s accomplishments. He charted the Gulf Stream, made important observations in meteorology, and used the burgeoning science of “political arithmetic” to make unprecedented statements about America’s power. Even as he stepped onto the world stage as an illustrious statesman and diplomat in the years leading up to the American Revolution, his fascination with nature was unrelenting.

This engaging biography tells the dramatic story of a Russian noblewoman turned revolutionary terrorist. Born in 1852 in the last years of serfdom, Vera Figner came of age as Imperial Russian society was being rocked by the massive upheaval that culminated in the Bolshevik revolution of 1917. At first a champion of populist causes and women’s higher education, Figner later became a leader of the terrorist party the People’s Will and was an accomplice in the assassination of Tsar Alexander II in 1881. Drawing on extensive archival research and careful reading of Figner’s copious memoirs, Lynne Ann Hartnett reveals how Figner survived the Bolshevik revolution and Stalin’s Great Purges and died a lionized revolutionary legend as the Nazis bore down on Moscow in 1942.

In the tradition of John Richardson’s Picasso, a commanding new biography of the Italian master’s tumultuous life and mysterious death.

For four hundred years Caravaggio’s (1571-1610) staggering artistic achievements have thrilled viewers, yet his volatile personal trajectory-the murder of Ranuccio Tomasini, the doubt surrounding Caravaggio’s sexuality, the chain of events that began with his imprisonment on Malta and ended with his premature death-has long confounded historians. In a bravura performance, Andrew Graham-Dixon delves into the original Italian sources, presenting fresh details about Caravaggio’s sex life, his many crimes and public brawls, and the most convincing account yet published of the painter’s tragic death at the age of thirty-eight. With illuminating readings of Caravaggio’s infamous religious paintings, which often depict prostitutes and poor people, Graham-Dixon immerses readers in the world of Italy at the height of the Counter-Reformation and creates a masterful profile of the mercurial painter’s life and work.

One of them was a military genius; one murdered his mother and fiddled while Rome burned; another earned the nickname ‘sphincter artist’. Six of their number were assassinated, two committed suicide – and five of them were elevated to the status of gods. They have come down to posterity as the ‘twelve Caesars’ – Julius Caesar, Augustus, Tiberius, Caligula, Claudius, Nero, Galba, Otho, Vitellius, Vespasian, Titus and Domitian. Under their rule, from 49 BC to AD 96, Rome was transformed from a republic to an empire, whose model of regal autocracy would survive in the West for more than a thousand years.
Matthew Dennison offers a beautifully crafted sequence of colourful biographies of each emperor, triumphantly evoking the luxury, licence, brutality and sophistication of imperial Rome at its zenith. But as well as vividly recreating the lives, loves and vices of this motley group of despots, psychopaths and perverts, he paints a portrait of an erao of political and social revolution, of the bloody overthrow of a proud, 500-year-old political system and its replacement by a dictatorship which, against all the odds, succeeded more convincingly than oligarchic democracy in governing a vast international landmass.

‘Unputdownable… These histories from 2,000 years ago are riveting in their insight, their black humour and their sheer readability, give or take a few highbrow verbal flourishes. Matthew Dennison fleshes out their gaudy history with boisterous scholarship.’ – Daily Mail

‘Matthew Dennison has had the clever idea of updating a famously scandalous work, Suetonius’s The Twelve Caesars, written in AD 117 – what you might call the Private Eye version of ancient Rome. It has been plundered, translated and reprinted hundreds of times since it was first compiled nearly 2,000 years ago, but this version, colourfully embroidered for a modern audience, I found unputdownable.’ The Daily Mail

‘Gossipy and insightful, making for an enjoyable introduction to this power­-hungry crowd.’ – Financial Times

‘Dennison nicely balances scholarship and anecdote… His book is a vivid reminder of a very mixed bunch: some born great, some having greatness thrust upon them and some grabbing for themselves – and invariably paying the price.’ The Mail on Sunday 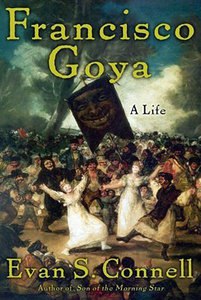 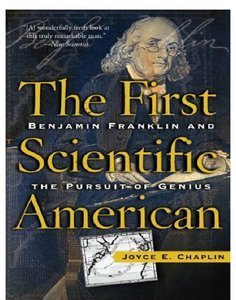 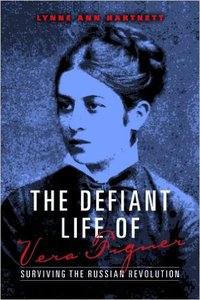 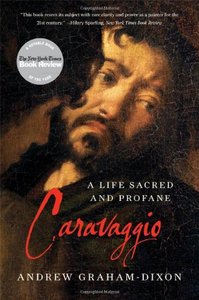 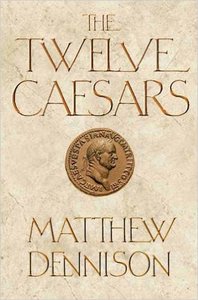