Concise Encyclopedia of the Original Literature of Esperanto is a unique work of international reference, with over 300 individual articles on the most important authors. Its introductory articles to the literature and to each of its periods also tell the fascinating story of the development of the literature from its humble beginnings in 1887 to its worldwide use in every literary genre today. –- The planned, neutral international language Esperanto is used across the world as a second language by people who wish to practice mutual respect for other cultures, not merely advocate it. –- Original Esperanto literature – creative writing directly in Esperanto by, at least, bilingual speakers – is the work of authors from many countries, who have chosen to write in it because of its merits. It is, as yet, always a labour of love, that is to say a product of culture. It is also most fundamentally democratic – a product of people – as opposed to capital, power or national prestige. Esperanto culture is rooted in the fundamental values of humanity, equality and mutual respect, multilingualism, language rights, and cultural diversity and emancipation.

2.
Christopher Gledhill
The Grammar of Esperanto: A Corpus-based Description

This book provides a detailed description of Esperanto for linguists who are not familiar with the language. Its main aim is to demonstrate that Esperanto not only has complex system of etymology and word formation, but also of syntax and phraseology. Another aim is to determine to what extent the language has extended beyond its original conception in 1887. This work presents for the first time statistical and contextual analysis from a representative computer-based text archive using the latest techniques of corpus linguistics. Esperanto is an ideal object of study for linguists since it is the most widespread and best known example of an artificial language. In theory, Esperanto represents a regular, easily assimilated language designed for international use. Yet the language also came to be used socially among fellow enthusiasts, intellectually as a literary forum and politically for propaganda, especially in the communist era. Conservative estimates indicate 50,000 speakers, which is large by minority language standards. Yet Esperanto’s status as a second language and ideological project has only recently attracted socio-linguistic fieldwork (Stocker 1995) and the language has undergone almost no critical linguistic analysis. This volume outlines a linguistic description of the particularities of the language, from the morphosyntax to elements of phraseolgy. The description is based on a computational analysis of a written text archive (a corpus of 350 000 words). The corpus analysis reveals consistent patterns of phraseology which point to linguistic richness and dynamism. These patterns belie the receivced wisdom that artificial languages cannot really display natural complexity.

Another oldie of Linguaphone – looks still very good though. Also this one was found on my harddisk, no idea how it got there (could be from ztrnsl).

4.
Helen Fryer
The Esperanto teacher: A simple course for non-grammarians

This little book has been prepared in the hope of helping those who having forgotten the lessons in grammar which they received at school find some difficulty in learning Esperanto from the existing textbooks.
The exercises are taken chiefly from the “Ekzercaro” of Dr. Zamenhof. The compiler also acknowledges herindebtedness especially to the “Standard Course of Esperanto,” by Mr. G. W. Bullen, and to the “Esperanto Grammar and Commentary,” by Major−General Geo. Cox, and while accepting the whole responsibility for all inaccuracies and crudenesses, she desires to thank all who have helped in the preparation, and foremost among them Mr. W. W. Padfield, of Ipswich, for advice and encouragement throughout the work, and to Mr. E. A. Millidge, for his unfailing kindness and invaluable counsel and help in its preparation and revision.

This old course offers a simple, easy and practical introduction to Esperanto in 1000 + little lessons (in form of paragraphs).
Every lesson is very short and can be made in your spare time. Recommended for children and busy people. 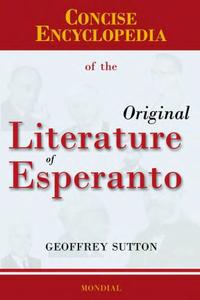 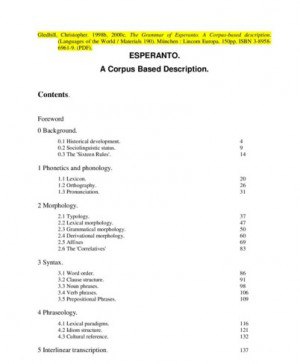 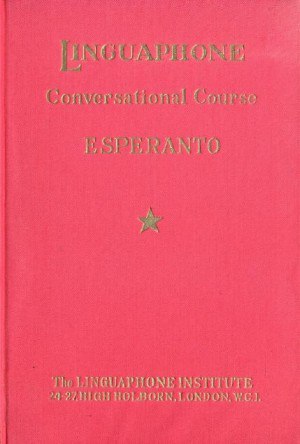 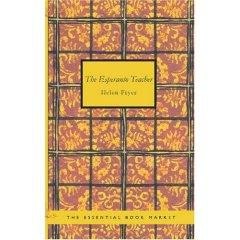 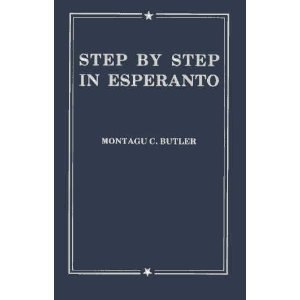