In all, the book includes more than 1300 entries, some of them just a pungent paragraph, some of them several thousand words long. In addition to the new “musts,” Thomson has added key figures from film history—lively anatomies of Graham Greene, Eddie Cantor, Pauline Kael, Abbott and Costello, Noël Coward, Hoagy Carmichael, Dorothy Gish, Rin Tin Tin, and more.

Here is a great, rare book, one that encompasses the chaos of art, entertainment, money, vulgarity, and nonsense that we call the movies. Personal, opinionated, funny, daring, provocative, and passionate, it is the one book that every filmmaker and film buff must own. Time Out named it one of the ten best books of the 1990s. Gavin Lambert recognized it as “a work of imagination in its own right.” Now better than ever—a masterwork by the man playwright David Hare called “the most stimulating and thoughtful film critic now writing.”

2.
Roy Armes
Arab Filmmakers of the Middle East: A Dictionary

In this landmark dictionary, Roy Armes details the scope and diversity of filmmaking across the Arab Middle East. Listing more than 550 feature films by more than 250 filmmakers, and short and documentary films by another 900 filmmakers, this volume covers the film production in Iraq, Jordan, Lebanon, Palestine, Syria, and the Gulf States. An introduction by Armes locates film and filmmaking traditions in the region from early efforts in the silent era to state-funded productions by isolated filmmakers and politically engaged documentarians. Part 1 lists biographical information about the filmmakers and their feature films. Part 2 details key feature films from the countries represented. Part 3 indexes feature-film titles in English and French with details about the director, date, and country of origin.

In 1898, documentary footage of a yacht race was shot by Robert A. Mitchell, making him the first Irishman to shoot a film within Ireland. Despite early exposure to the filmmaking process, Ireland did not develop a regular film industry until the late 1910s when James Mark Sullivan established the Film Company of Ireland. Since that time, Ireland has played host to many famous films about the country—Man of Aran, The Quiet Man, The Crying Game, My Left Foot, and Bloody Sunday—as well as others not about the country—Braveheart and Saving Private Ryan. It has also produced great directors such as Neil Jordan and Jim Sheridan, as well as throngs of exceptional actors and actresses: Colin Farrel, Colm Meaney, Cillian Murphy, Liam Neeson, Maureen O’Hara, and Peter O’Toole.

The Historical Dictionary of Irish Cinema provides essential facts on the history of Irish cinema through a list of acronyms and abbreviation; a chronology; an introduction; a bibliography; and hundreds of cross-referenced dictionary entries on the pioneers and current leaders in the industry, the actors, directors, distributors, exhibitors, schools, arts centers, the government bodies and some of the legislation they passed, and the films.

Film lovers all over the world are familiar with the masterpieces of Eisenstein and Tarkovsky. These directors’ unique achievements were embedded in a powerful process that began under Russia’s last tsar and underwent several periods of blossoming: the bourgeois cinema in the 1910s, the revolutionary avant-garde in the 1920s, the Thaw in the 1950s, and the awakening of national cinemas in the 1960s and 1970s.

The Historical Dictionary of Russian and Soviet Cinema is the first reference work of its kind in the English language devoted entirely to the cinema of the Russian Empire, the Soviet Union, and the post-Soviet period, including both the cinematic highlights and the mainstream. The cinemas of the former Soviet republics, including Ukraine, Belarus, Armenia, Georgia, Lithuania, and Latvia, are also represented with their most influential artists. Through a chronology, an introduction essay, a bibliography, and over 500 cross-referenced dictionary entries on filmmakers, performers, cinematographers, composers, producers, studios, genres, and outstanding films, this reference work covers the history of Russian and Soviet filmmaking from 1896 to 2007.

The Historical Dictionary of Middle Eastern Cinema covers the production and exhibition of cinema in the Middle East and in communities whose heritage is from the region and whose films commonly reflect this background. It covers the cinemas of Morocco, Algeria, Tunisia, Egypt, Palestine, Jordan, Lebanon, Syria, Iraq, the United Arab Emirates, Saudi Arabia, and Yemen. In addition, it includes the non-Arab states of Turkey and Iran, as well as the Jewish state of Israel.

To a substantial degree, cinema has served to define the character of the peoples and nations of the Middle East. With that in mind, the content and arrangement of entries in this volume works to introduce and emphasize both the national and transnational character of Middle Eastern cinema, which includes not only its indigenous but its colonial aspects as well, both external and internal to the geographical regions themselves. This is done through a chronology, an introductory essay, a bibliography, and over 500 cross-referenced dictionary entries on individual films, filmmakers, and actors. It also covers the range of cinematic modes, from documentary to fiction, representational to animation, generic to experimental, mainstream to avant-garde, and entertainment to propaganda.

The history of science fiction film now spans more than 100 years, during which time more than 1,000 science fiction films of various kinds have been made. Beginning with the work of pioneering French filmmaker Georges Méliès at the dawn of the 20th century and moving through such silent films as Fritz Lang’s classic Metropolis, science fiction film has had a long and eventful history that has taken it in many directions but that has moved the genre inexorably forward into a prominent place at the center of the film industry in the works of big-budget hit makers like George Lucas, Steven Spielberg, and Michael Bay.

The Historical Dictionary of Science Fiction Cinema provides broad coverage of the people, films, companies, techniques, themes, and subgenres that have made science fiction cinema such a vital part of world cinema. This is done through a chronology, an introductory essay, a bibliography, and over 300 cross-referenced dictionary entries. This volume is designed to be accessible and enlightening to fans of the genre who simply want to know more about the films they so enjoy. 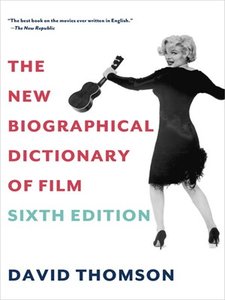 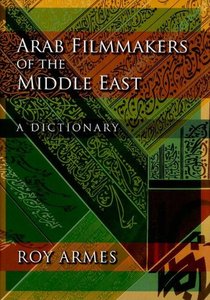 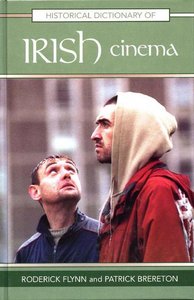 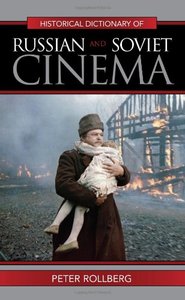