The concept of the earth as a sphere has been around for centuries, emerging around the time of Pythagoras in the sixth century BC, and eventually becoming dominant as other thinkers of the ancient world, including Plato and Aristotle, accepted the idea. The first record of an actual globe being made is found in verse, written by the poet Aratus of Soli, who describes a celestial sphere of the stars by Greek astronomer Eudoxus of Cnidus (ca. 408355 BC). The oldest surviving globea celestial globe held up by Atlas’s shouldersdates back to 150 AD, but in the West, globes were not made again for about a thousand years. It was not until the fifteenth century that terrestrial globes gained importance, culminating when German geographer Martin Behaim created what is thought to be the oldest surviving terrestrial globe. In Globes: 400 Years of Exploration, Navigation, and Power, Sylvia Sumira, beginning with Behaim’s globe, offers a authoritative and striking illustrated history of the subsequent four hundred years of globe making.

Showcasing the impressive collection of globes held by the British Library, Sumira traces the inception and progression of globes during the period in which they were most widely usedfrom the late fifteenth century to the late nineteenth centuryshedding light on their purpose, function, influence, and manufacture, as well as the cartographers, printers, and instrument makers who created them. She takes readers on a chronological journey around the world to examine a wide variety of globes, from those of the Renaissance that demonstrated a renewed interest in classical thinkers; to those of James Wilson, the first successful commercial globe maker in America; to those mass-produced in Boston and New York beginning in the 1800s. Along the way, Sumira not only details the historical significance of each globe, but also pays special attention to their materials and methods of manufacture and how these evolved over the centuries.

A stunning and accessible guide to one of the great tools of human exploration, Globes will appeal to historians, collectors, and anyone who has ever examined this classroom accessory and wondered when, why, and how they came to be made.

2.
Rachel Hewitt
Map of a Nation: A Biography of the Ordnance Survey

Map of a Nation tells the story of the creation of the Ordnance Survey map – the first complete, accurate, affordable map of the British Isles. The Ordnance Survey is a much beloved British institution, and Map of a Nation is, amazingly, the first popular history to tell the story of the map and the men who dreamt and delivered it. The Ordnance Survey’s history is one of political revolutions, rebellions and regional unions that altered the shape and identity of the United Kingdom over the eighteenth and nineteenth centuries. It’s also a deliciously readable account of one of the great untold British adventure stories, featuring intrepid individuals lugging brass theodolites up mountains to make the country visible to itself for the first time.

Even though Geographic Information Systems GIS have been available for over 20 years, they have only recently become accessible to geographers and others as a useful tool in spacial analysis. This is a sampling of basic principles of GIS.

The Globalization of Advertising draws upon previously unpublished research to unpack the contemporary structure, spatial organization and city geographies of global advertising agencies. The book demonstrates how teamwork in contemporary advertising agencies, intra-organizational power relations and the distribution of organizational capabilities all define how global agencies operate as transnationally integrated organizations. This in turn allows understanding to be developed of the role of the offices of global agencies located in the three case study cities, Detroit, Los Angeles and New York. The role of these three cities as preeminent markets for advertising in the USA is shown to have changed radically over recent years, experiencing both growth and decline in employment as a result of their position in global networks of advertising work; networks that operate in the context of a changing US economy and the rise of new and emerging centres of advertising in Asia and South America.

This book offers a cutting edge overview of recent and current trends in the globalization of advertising and new insights into the way global advertising agencies operate in and through world cities. It will be a valuable resource for researchers and students studying Geography, Management and Sociology.

A beautifully clear and detailed guide, DK’s Reference World Atlas gives a superb overview of all the world’s regions.

Providing a detailed reference map set, the atlas also features computer-generated terrain-modeled maps and the landscapes, bringing an all-new dimension to cartography. This ninth edition of DK’s respected Reference World Atlas includes all recent border, place name, and flag changes from around the world, including the emerging state of South Sudan. 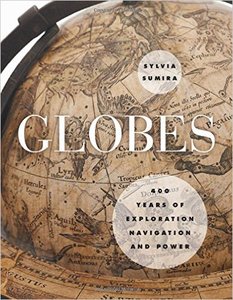 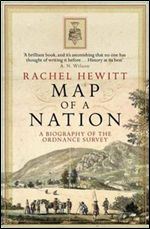 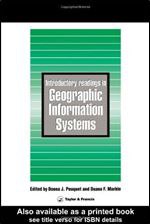 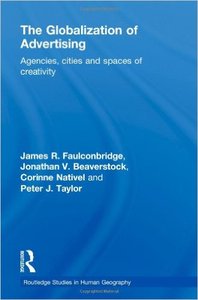 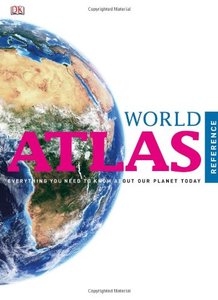