“What good shall I do today?”
How Ben Franklin answered that question — through his work as a writer, printer, statesman, and inventor — forever established him as one of America’s greatest figures. On one day in 1729 he published the first edition of the Pennsylvania Gazette; on another day he changed the Declaration of Independence by adding the famous words, “We hold these truths to be self-evident”; and it was all in a day’s work when he planted the first willow trees in America.

Modeled on his own Poor Richard’s Almanack, this unique scrapbook captures Franklin’s countless accomplishments. Biography and anecdote, cartoon and etching mesh to create a fascinating portrait of this most fascinating man. Anyone interested in the birth of American democracy…or curious about the rise of the U.S. postal system…or wondering how paper money came to be…or wanting to know how Ben Franklin was part of it all, is sure to pore over Ben Franklin’s Almanac.

2.
Eric Moormann
Pompeii’s Ashes: The Reception of the Cities Buried by Vesuvius in Literature, Music, and Drama

Although there are many works dealing with Pompeii and Herculaneum, none of them try to encompass the entire spectrum of material related to its reception in popular imagination.

Pompeii’s Ashes surveys a broad variety of such works, ranging from travelogues between ca. 1740 and 2010 to 250 years of fiction, including stage works, music, and films. The first two chapters provide an in-depth analysis of the excavation history and an overview of the reflections of travelers. The six remaining chapters discuss several clearly-defined genres: historical novels with pagan tendencies, and those with Christians and Jews as protagonists, contemporary adventures, time traveling, mock manuscripts, and works dedicated to Vesuvius. “Pompeii’s Ashes” demonstrates how the eternal fascination with the oldest still-running archaeological projects in the world began, developed, and continue until now.

Medieval Science, Technology, and Medicine details the whole scope of scientific knowledge in the medieval period in more than 300 A to Z entries. This resource discusses the research, application of knowledge, cultural and technology exchanges, experimentation, and achievements in the many disciplines related to science and technology. Coverage includes inventions, discoveries, concepts, places and fields of study, regions, and significant contributors to various fields of science. There are also entries on South-Central and East Asian science. This reference work provides an examination of medieval scientific tradition as well as an appreciation for the relationship between medieval science and the traditions it supplanted and those that replaced it. For a full list of entries, contributors, and more, visit the Routledge Encyclopedias of the Middle Ages website.

4.
Gray H. Whaley
Oregon and the Collapse of Illahee: U.S. Empire and the Transformation of an Indigenous World, 1792-1859

Modern western Oregon was a crucial site of imperial competition in North America during the formative decades of the United States. In this book, Gray Whaley examines relations among newcomers and between newcomers and Native peoples–focusing on political sovereignty, religion, trade, sexuality, and the land–from initial encounters to Oregon’s statehood. He emphasizes Native perspectives, using the Chinook word Illahee (homeland) to refer to the indigenous world he examines.

Whaley argues that the process of Oregon’s founding is best understood as a contest between the British Empire and a nascent American one, with Oregon’s Native people and their lands at the heart of the conflict. He identifies race, republicanism, liberal economics, and violence as the key ideological and practical components of American settler-colonialism. Native peoples faced capriciousness, demographic collapse, and attempted genocide, but they fought to preserve Illahee even as external forces caused the collapse of their world. Whaley’s analysis compellingly challenges standard accounts of the quintessential antebellum “Promised Land.”

Clothing was used in the Middle Ages to mark religious, military, and chivalric orders, lepers, and prostitutes. The ostentatious display of luxury dress more specifically served as a means of self-definition for members of the ruling elite and the courtly lovers among them. In Courtly Love Undressed, E. Jane Burns unfolds the rich display of costly garments worn by amorous partners in literary texts and other cultural documents in the French High Middle Ages. 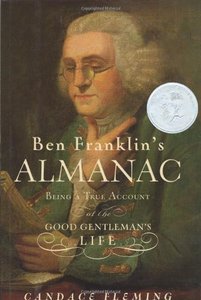 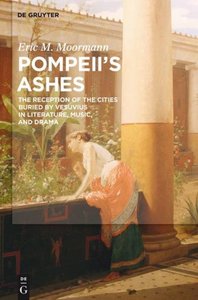 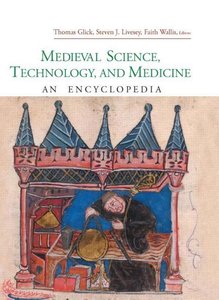 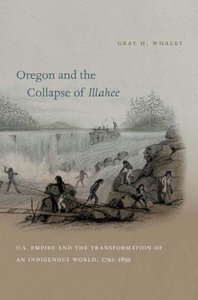 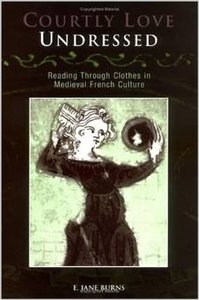