In the The Confucian-Legalist State, Dingxin Zhao offers a radically new analysis of Chinese imperial history from the eleventh century BCE to the fall of the Qing dynasty. This study first uncovers the factors that explain how, and why, China developed into a bureaucratic empire under the Qin dynasty in 221 BCE. It then examines the political system that crystallized during the Western Han dynasty, a system that drew on China’s philosophical traditions of Confucianism and Legalism. Despite great changes in China’s demography, religion, technology, and socioeconomic structures, this Confucian-Legalist political system survived for over two millennia. Yet, it was precisely because of the system’s resilience that China, for better or worse, did not develop industrial capitalism as Western Europe did, notwithstanding China’s economic prosperity and technological sophistication beginning with the Northern Song dynasty.

In examining the nature of this political system, Zhao offers a new way of viewing Chinese history, one that emphasizes the importance of structural forces and social mechanisms in shaping historical dynamics. As a work of historical sociology, The Confucian-Legalist State aims to show how the patterns of Chinese history were not shaped by any single force, but instead by meaningful activities of social actors which were greatly constrained by, and at the same time reproduced and modified, the constellations of political, economic, military, and ideological forces. This book thus offers a startling new understanding of long-term patterns of Chinese history, one that should trigger debates for years to come among historians, political scientists, and sociologists.

2.
R. Howard Bloch
A Needle in the Right Hand of God: The Norman Conquest of 1066 and the Making and Meaning of the Bayeux Tapestry

The Bayeux Tapestry is the world’s most famous textile–an exquisite 230-foot-long embroidered panorama depicting the events surrounding the Norman Conquest of 1066. It is also one of history’s most mysterious and compelling works of art. This haunting stitched account of the battle that redrew the map of medieval Europe has inspired dreams of theft, waves of nationalism, visions of limitless power, and esthetic rapture. In his fascinating new book, Yale professor R. Howard Bloch reveals the history, the hidden meaning, the deep beauty, and the enduring allure of this astonishing piece of cloth.

Bloch opens with a gripping account of the event that inspired the Tapestry: the swift, bloody Battle of Hastings, in which the Norman bastard William defeated the Anglo-Saxon king, Harold, and laid claim to England under his new title, William the Conqueror. But to truly understand the connection between battle and embroidery, one must retrace the web of international intrigue and scandal that climaxed at Hastings. Bloch demonstrates how, with astonishing intimacy and immediacy, the artisans who fashioned this work of textile art brought to life a moment that changed the course of British culture and history.

Every age has cherished the Tapestry for different reasons and read new meaning into its enigmatic words and images. French nationalists in the mid-nineteenth century, fired by Tapestry’s evocation of military glory, unearthed the lost French epic “The Song of Roland,” which Norman troops sang as they marched to victory in 1066. As the Nazis tightened their grip on Europe, Hitler
sent a team to France to study the Tapestry, decode its Nordic elements, and, at the end of the war, with Paris under siege, bring the precious cloth to Berlin. The richest horde of buried Anglo-Saxon treasure, the matchless beauty of Byzantine silk, Aesop’s strange fable “The Swallow and the Linseed,” the colony that Anglo-Saxon nobles founded in the Middle East following their defeat at Hastings–all are brilliantly woven into Bloch’s riveting narrative.

Seamlessly integrating Norman, Anglo-Saxon, Viking, and Byzantine elements, the Bayeux Tapestry ranks with Chartres and the Tower of London as a crowning achievement of medieval Europe. And yet, more than a work of art, the Tapestry served as the suture that bound up the wounds of 1066.

Enhanced by a stunning full-color insert that includes reproductions of the complete Tapestry, A Needle in the Right Hand of God will stand with The Professor and the Madman and How the Irish Saved Civilization as a triumph of popular history.

3.
Diana Edelman
The Origins of the ‘Second’ Temple: Persian Imperial Policy and the Rebuilding of Jerusalem

Darius I, King of Persia, claims to have accomplished many deeds in the early years of his reign, but was one of them the rebuilding of the temple in Jerusalem? The editor who added the date to the books of Haggai and Zechariah thought so, and the author of Ezra 1-6 then relied on his dates when writing his account of the rebuilding process.

In this ground-breaking volume, the argument is made that the temple was built during the reign of Artaxerxes I. The editor of Haggai and Zechariah mistakenly set the event under Darius I because he was influenced by both a desire to show the fulfillment of inherited prophecy and by Darius’ widely circulated autobiography of his rise to power. In light of the settlement patterns in Yehud during the Persian period, it is proposed that Artaxerxes I instituted a master plan to incorporate Yehud into the Persian road, postal, and military systems. The rebuilding of the temple was a minor part of the larger plan that provided soldiers stationed in the fortress in Jerusalem and civilians living in the new provincial seat with a place to worship their native god while also providing a place to store taxes and monies collected on behalf of the Persian administration.

4.
Toby Faber
Faberge’s Eggs: The Extraordinary Story of the Masterpieces That Outlived an Empire

In Stradivari’s Genius, Toby Faber charted the fascinating course of some of the world’s most prized musical instruments. Now, in this enthralling new book, he tells the story of objects that are, to many, the pinnacle of the jeweler’s art: the Faberge imperial eggs.

The Easter presents that Russia’s last two czars gave to their czarinas have become synonymous with privilege, beauty, and an almost provocative uselessness. They are perhaps the most redolent symbols of the old empire’s phenomenal craftsmanship, of the decadence of its court, and of the upheavals that brought about its inevitable downfall. Faberge’s Eggs is the first book to recount the remarkable story of these masterpieces, taking us from the circumstances that inspired each egg’s design, through their disappearance in the trauma of revolution, to their eventual reemergence in the global marketplace.

In 1885, Carl Faberge created a seemingly plain white egg for Czar Alexander III to give to his beloved wife, Marie Fedorovna. It was the surprises hidden inside that made it special: a diamond miniature of the Imperial crown and a ruby pendant. This gift began a tradition that would last for more than three decades: lavishly extravagant eggs commemorating public events that, in retrospect, seem little more than staging posts on the march to revolution. Above all, the eggs illustrate the attitudes that would ultimately lead to the downfall of the Romanovs: their apparent indifference to the poverty that choked their country, their preference for style over substance, and, during the reign of Nicholas II, their all-consuming concern with the health of the czarevitch Alexis, the sickly heir to the throne–a preoccupation that would propel them toward Rasputin and the doom of the dynasty.

More than a superb new account of a classic tragedy, Faberge’s Eggs illuminates some fascinating aspects of twentieth-century history. The eggs’ amazing journey from revolutionary Russia features a cast of characters including embattled Bolsheviks, acquisitive British royals, eccentric artifact salesmen, and such famous business and society figures as Arm and Hammer, Marjorie Merriweather Post, and Malcolm Forbes. Finally, Toby Faber tantalizingly suggests that some of the eggs long thought lost may eventually emerge.

Darting from the palaces of a besieged Russia to the showcases of New York’s modern mega-wealthy, Faberge’s Eggs weaves a story unparalleled in its drama and extravagance.

Our image of the Roman world is shaped by the writings of Roman statesmen and upper class intellectuals. Yet most of the material evidence we have from Roman times―art, architecture, and household artifacts from Pompeii and elsewhere―belonged to, and was made for, artisans, merchants, and professionals. Roman culture as we have seen it with our own eyes, Emanuel Mayer boldly argues, turns out to be distinctly middle class and requires a radically new framework of analysis.

Starting in the first century bce, ancient communities, largely shaped by farmers living within city walls, were transformed into vibrant urban centers where wealth could be quickly acquired through commercial success. From 100 bce to 250 ce, the archaeological record details the growth of a cosmopolitan empire and a prosperous new class rising along with it. Not as keen as statesmen and intellectuals to show off their status and refinement, members of this new middle class found novel ways to create pleasure and meaning. In the décor of their houses and tombs, Mayer finds evidence that middle-class Romans took pride in their work and commemorated familial love and affection in ways that departed from the tastes and practices of social elites. 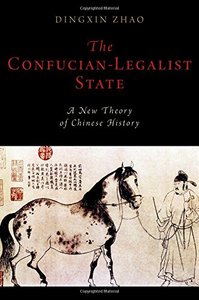 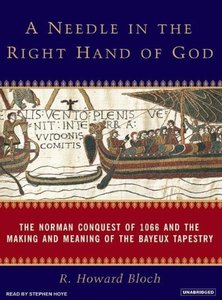 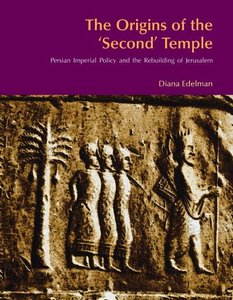 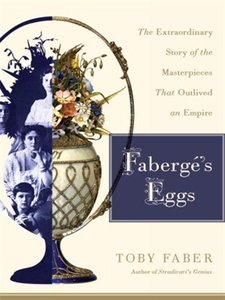 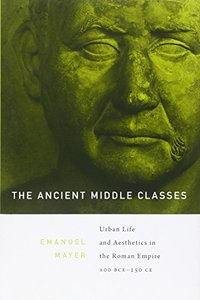