1.
Gregory I. Halfond
The Medieval Way of War: Studies in Medieval Military History in Honor of Bernard S. Bachrach

Few historians have argued so forcefully or persuasively as Bernard S. Bachrach for the study of warfare as not only worthy of scholarly attention, but demanding of it. In his many publications Bachrach has established unequivocally the relevance of military institutions and activity for an understanding of medieval European societies, polities, and mentalities. In so doing, as much as any scholar of his generation, he has helped to define the status quaestionis for the field of medieval military history. The Medieval Way of War: Studies in Medieval Military History in Honor of Bernard S. Bachrach pays tribute to its honoree by gathering in a single volume seventeen original studies from an international roster of leading experts in the military history of medieval Europe. Ranging chronologically from Late Antiquity through the Later Middle Ages (ca. AD 300a “1500), and with a broad geographical scope stretching from the British Isles to the Middle East, these diverse studies address an array of critical themes and debates relevant to the conduct of war in medieval Europe. These themes include the formation and implementation of military grand strategies the fiscal, material, and administrative resources that underpinned the conduct of war in medieval Europe and religious, legal, and artistic responses to military violence. Collectively, these seventeen studies embrace the interdisciplinarity and topical diversity intrinsic to Bachracha (TM)s research. Additionally, they strongly echo his conviction that the study of armed conflict is indispensable for an accurate and comprehensive understanding of medieval European history.

Early modern England was a monarchy and the Englishman was a subject rather than a citizen. Scholars have assumed that those traditions of political thought that emphasize the citizen’s active role exercised no influence in England between the mid-sixteenth century and the Civil War in the 1640s. Markku Peltonen challenges that view and argues that early modern Englishmen could characterize their life as one of participation rather than subjection and portrays their community as having several distinctively republican features.

This, the first volume in the History of Wales, provides a detailed history of Wales in the period in which it was created out of the remnants of Roman Britain. It thus begins in the fourth century, with accelerating attacks from external forces, and ends shortly before the Norman Conquest of England.

The narrative history is interwoven with chapters on the principal sources, the social history of Wales, the Church, the early history of the Welsh language, and its early literature, both in Welsh and in Latin. In the fourth century contemporaries knew of the Britons but not of Wales in the modern sense. Charles-Edwards, therefore, includes the history of the other Britons when it helps to illuminate the history of what we now know as Wales. Although an early form of the name Wales existed, it was a word in the Germanic languages, including English, and meant inhabitants of the former Roman Empire it therefore covered the Gallo-Romans of what we know as France as well as the Britons.

Have you ever wondered what civilisation brought the Bluestones 200 miles from Wales to Stonehenge?

Or the reason why they undertook this monumental task?

Then this book is a must for you. Robert John Langdon takes you back 10,000 years to a time when the last Ice Age melted leaving a series of smaller islands and peninsulas and not the island of Britain we see today. By revising accepted Archaeological, Geological and Topological findings, Langdon has been able to produce simple but astonishing hypotheses with compelling scientific evidence, which shows that these monuments are five thousand years older than we currently believe and built by a ‘lost civilisation’ the ancient Greek philosopher Plato once wrote about

5.
G. R. Evans
The University of Oxford: A New History

The University of Oxford was a medieval wonder. After its foundation in the late 12th century it designed one of Europe’s most admired syllabuses for the study of the liberal arts (the trivium and the quadrivium) and theology, and attracted teachers of international caliber and fame. The ideas of brilliant thinkers like Robert Grosseteste (who in the early 13th century mastered and taught Greek when almost no-one else was doing so), pioneering Franciscan philosopher Roger Bacon (zealous proponent of experimental science) and reforming Christian humanist John Colet redirected traditional scholasticism and helped usher in the Renaissance. In this latest instalment of her major two-volume history of the great rival institutions of Oxford and Cambridge, G. R. Evans turns to the elder university and reveals a powerhouse of learning and culture. Over a span of more than 800 years Oxford has nurtured some of the greatest minds, while right across the globe its name is synonymous with educational excellence. From dangerous political upheavals caused by the radical and inflammatory ideas of John Wyclif to the bloody 1555 martyrdoms of Hugh Latimer and Nicholas Ridley and from John Ruskin’s innovative lectures on art and explosive public debate between Charles Darwin and his opponents to gentler meetings of the Inklings in the ‘Bird and Baby’, Evans brings Oxford’s revolutionary events, as well as its remarkable intellectual journey, to vivid and sparkling life. 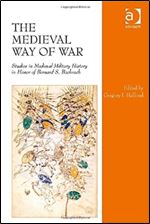 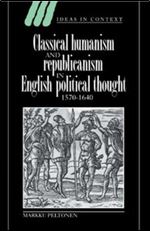 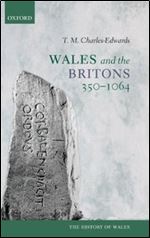 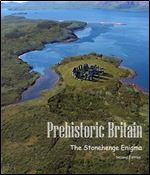 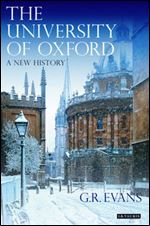