1.
Susan Doran
Elizabeth I and Her Circle

This is the story of Elizabeth I’s inner circle and the crucial human relationships which lay at the heart of her personal and political life. Using a wide range of original sources – including private letters, portraits, verse, drama, and state papers – Susan Doran provides a vivid and often dramatic account of political life in Elizabethan England and the queen at its center, offering a deeper insight into Elizabeth’s emotional and political conduct – and challenging many of the popular myths that have grown up around her.

It is a story replete with fascinating questions. What was the true nature of Elizabeth’s relationship with her father, Henry VIII, especially after his execution of her mother? How close was she to her half-brother Edward VI – and were relations with her half-sister Mary really as poisonous as is popularly assumed? And what of her relationship with her Stewart cousins, most famously with Mary Queen of Scots, executed on Elizabeth’s orders in 1587, but also with Mary’s son James VI of Scotland, later to succeed Elizabeth as her chosen successor?

Elizabeth’s relations with her family were crucial, but just as crucial were her relations with her courtiers and her councillors. Here again, the story raises a host of fascinating questions. Was the queen really sexually jealous of her maids of honour? Did physically attractive male favourites dominate her court? What does her long and intimate relationship with the Earl of Leicester reveal about her character, personality, and attitude to marriage? What can the fall of Essex tell us about Elizabeth’s political management in the final years of her reign? And what was the true nature of her personal and political relationship with influential and long-serving councillors such as the Cecils and Sir Francis Walsingham? And how did courtiers and councillors deal with their demanding royal mistress?

The practice of swearing oaths was at the centre of the English Reformation. On the one hand, oaths were the medium through which the Henrician regime implemented its ideology and secured loyalty among the people. On the other, they were the tool by which the English people embraced, resisted and manipulated royal policy. Jonathan Michael Gray argues that since the Reformation was negotiated through oaths, their precise significance and function are central to understanding it fully. Oaths and the English Reformation sheds new light on the motivation of Henry VIII, the enforcement of and resistance to reform and the extent of popular participation and negotiation in the political process. Placing oaths at the heart of the narrative, this book argues that the English Reformation was determined as much by its method of implementation and response as it was by the theology or political theory it transmitted. 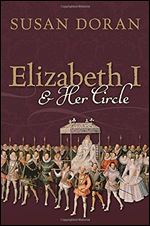 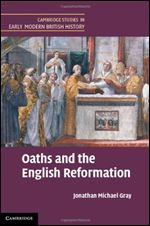