William Cecil, Ireland, and the Tudor State explores the complex relationship which existed between England and Ireland in the Tudor period, using the long association of William Cecil (1520-1598) with Ireland as a vehicle for historical enquiry. That Cecil, Queen Elizabeth’s most trusted advisor and the most important figure in England after the queen herself, consistently devoted his attention and considerable energies to the kingdom of Ireland is a seldom-explored aspect of his life and his place in the Tudor age. Yet amid his handling of a broad assortment of matters relating to England and Wales, the kingdom of Scotland, continental Europe, and beyond, William Cecil’s thoughts regularly turned to the kingdom of Ireland. He personally compiled genealogies of Ireland’s Irish and English families and poured over dozens of national and regional maps of Ireland. Cecil served as chancellor of Ireland’s first university and, most importantly for the historian, penned, received, and studied thousands of papers on subjects relating to Ireland and the crown’s political, economic, social, and religious policies there. Cecil would have understood all of this broadly as ‘Ireland matters’, a subject which he came to know in greater depth and detail than anyone at the court of Queen Elizabeth I.

Maginn’s extended analysis of Cecil’s long relationship with Ireland helps to make sense of Anglo-Irish interaction in Tudor times, and shows that this relationship was characterized by more than the basic binary features of conquest and resistance. At another level, he demonstrates that the second half of the sixteenth century witnessed the political, social, and cultural integration of Ireland into the multinational Tudor state, and that it was William Cecil who, more than any other figure, consciously worked to achieve that integration.

This is the first fully-documented history of Ireland and the Irish from Saint Patrick to the Vikings. It is the first fully-documented history of Ireland in the period–other books cover either a longer period (up to the Anglo-Norman conquests) or do not indicate in detail the evidence on which they are based. The book opens with the Irish raids and settlements in Britain, and the conversion of Ireland to Christianity, and ends as Viking attacks on Ireland accelerated in the second quarter of the ninth century.

3.
Maeve Brigid Callan
The Templars, the Witch, and the Wild Irish: Vengeance and Heresy in Medieval Ireland

For a list of the individuals who held religious or secular office, participated in the heresy trials, or were members of prominent families during the period covered in the book, click the “Excerpt” button above.

Early medieval Ireland is remembered as the “Land of Saints and Scholars,” due to the distinctive devotion to Christian faith and learning that permeated its culture. As early as the seventh century, however, questions were raised about Irish orthodoxy, primarily concerning Easter observances. Yet heresy trials did not occur in Ireland until significantly later, long after allegations of Irish apostasy from Christianity had sanctioned the English invasion of Ireland. In The Templars, the Witch, and the Wild Irish, Maeve Brigid Callan analyzes Ireland’s medieval heresy trials, which all occurred in the volatile fourteenth century. These include the celebrated case of Alice Kyteler and her associates, prosecuted by Richard de Ledrede, bishop of Ossory, in 1324. This trial marks the dawn of the “devil-worshipping witch” in European prosecutions, with Ireland an unexpected birthplace.

Callan divides Ireland’s heresy trials into three categories. In the first stand those of the Templars and Philip de Braybrook, whose trial derived from the Templars’, brought by their inquisitor against an old rival. Ledrede’s prosecutions, against Kyteler and other prominent Anglo-Irish colonists, constitute the second category. The trials of native Irishmen who fell victim to the sort of propaganda that justified the twelfth-century invasion and subsequent colonization of Ireland make up the third. Callan contends that Ireland’s trials resulted more from feuds than doctrinal deviance and reveal the range of relations between the English, the Irish, and the Anglo-Irish, and the church’s role in these relations; tensions within ecclesiastical hierarchy and between secular and spiritual authority; Ireland’s position within its broader European context; and political, cultural, ethnic, and gender concerns in the colony.

The castles of Ireland are an essential part of the story of medieval Europe, but were, until recently, a subject neglected by scholars. A lord’s power and prestige was displayed in the majesty and uniqueness of his castle. The remains of several thousand castles enable us to reconstruct life in Ireland during these crucial centuries.
Castles in Ireland tells the story of the nature and development of lordship and power in medieval Ireland. Ireland formed the setting to the interplay of the differing roles of competing lordships: English and Irish; feudal European and Gaelic; royal and baronial. Tom McNeill argues that the design of the castles contests the traditional view of Ireland as a land torn by war and divided culturally between the English and Irish.

The history of Ireland has traditionally focused on the localized struggles of religious conflict, territoriality and the fight for Home Rule. But from the early Catholic missions into Europe to the embrace of the euro, the real story of Ireland has played out on the larger international stage.
Story of Ireland presents this new take on Irish history, challenging the narrative that has been told for generations and drawing fresh conclusions about the way the Irish have lived. Revisiting the major turning points in Irish history, Neil Hegarty re-examines the accepted stories, challenging long-held myths and looking not only at the dynamics of what happened in Ireland, but also at the role of events abroad. How did Europe’s 16th century religious wars inform the incredible violence inflicted on the Irish by the Elizabethans? What was the impact of the French and American revolutions on the Irish nationalist movement? What were the consequences of Ireland’s policy of neutrality during the Second World War? Story of Ireland sets out to answer these questions and more, rejecting the introspection that has often characterized Irish history.
Accompanying a landmark series coproduced by the BBC and RTE, and with an introduction by series presenter, Fergal Keane, Story of Ireland is an epic account of Ireland’s history for an entire new generation. 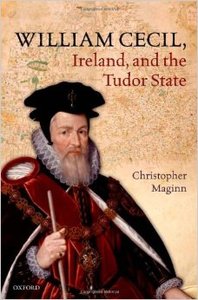 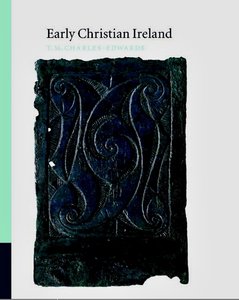 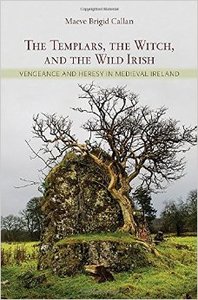 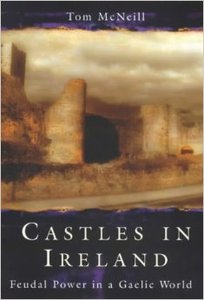 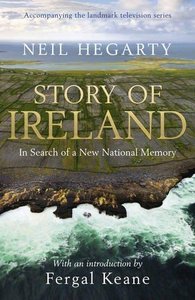