1.
The Stories of English

The groundbreaking history of the English language, fusing chronological with anecdotal and etymological accounts of individual word-histories, to create not one story, but many stories. The English language is now accepted as the global lingua franca of the modern age, spoken or written in by over a quarter of the human race. But how did it evolve? How did a language spoken originally by a few thousand Anglo-Saxons become one used by more than 1,500 million? What developments can be seen as we move from Beowulf to Chaucer to Shakespeare to Dickens and the present day? A host of fascinating questions are answered in The Stories of English, a groundbreaking history of the language by David Crystal, the world-renowned writer and commentator on English. Many books have been written about English, but they have all focused on a single variety: the educated, printed language called “standard” English. David Crystal turns the history of English on its head and instead provides a startlingly original view of where the richness, creativity and diversity of the language truly lies―in the accents and dialects of nonstandard English users all over the world. Whatever their regional, social or ethnic background, each group has a story worth telling, whether it is in Scotland or Somerset, South Africa or Singapore. Interweaved within this central chronological story are accounts of uses of dialect around the world as well as in literary classics from The Canterbury Tales to The Lord of the Rings. For the first time, regional speech and writing is placed center stage, giving a sense of the social realities behind the development of English. This significant shift in perspective enables the reader to understand for the first time the importance of everyday, previously marginalized, voices in our language and provides an argument too for the way English should be taught in the future.

The world’s foremost expert on the English language takes us on an entertaining and eye-opening tour of the history of our vernacular through the ages.

In The Story of English in 100 Words, an entertaining history of the world’s most ubiquitous language, David Crystal draws on one hundred words that best illustrate the huge variety of sources, influences and events that have helped to shape our vernacular since the first definitively English word—‘roe’—was written down on the femur of a roe deer in the fifth century. Featuring ancient words (‘loaf’), cutting edge terms that relfect our world (‘twittersphere’), indispensible words that shape our tongue (‘and’, ‘what’), fanciful words (‘fopdoodle’) and even obscene expressions (the “c word”…), David Crystal takes readers on a tour of the winding byways of our language via the rude, the obscure and the downright surprising.

3.
Spell it Out: The Story of English Spelling

Why is there an ‘h’ in ghost? William Caxton, inventor of the printing press and his Flemish employees are to blame: without a dictionary or style guide to hand in fifteenth century Bruges, the typesetters simply spelled it the way it sounded to their foreign ears, and it stuck. Seventy-five per cent of English spelling is regular but twenty-five per cent is complicated, and in Spell It Out, our foremost linguistics expert David Crystal extends a helping hand to the confused and curious alike. He unearths the stories behind the rogue words that confound us, and explains why these peculiarities entered the mainstream, in an epic journey taking in sixth century monks, French and Latin upstarts, the Industrial Revolution and the internet. By learning the history and the principles, Crystal shows how the spellings that break all the rules become easier to get right.

We are living through the consequences of a linguistic revolution. Dramatic linguistic change has left us at the beginning of a new era in the evolution of human language, with repercussions for many individual languages.
In this book, David Crystal, one of the world’s authorities on language, brings together for the first time the three major trends which he argues have fundamentally altered the world’s linguistic ecology: first, the emergence of English as the world’s first truly global language; second, the crisis facing huge numbers of languages which are currently endangered or dying; and, third, the radical effect on language of the arrival of Internet technology.
Examining the interrelationships between these topics, Crystal encounters a vision of a linguistic future which is radically different from what has existed in the past, and which will make us revise many cherished concepts relating to the way we think about and work with languages. Everyone is affected by this linguistic revolution.
The Language Revolution will be essential reading for anyone interested in language and communication in the twenty-first century.
“David Crystal has written an admirably clear, accessible and lively account of what he sees as the main ingredients in an ongoing language revolution.” — Soelve Ohlander, Moderna Sprak

The Internet is now an integral part of contemporary life, and linguists are increasingly studying its influence on language. In this student-friendly guidebook, leading language authority Professor David Crystal follows on from his landmark bestseller Language and the Internet and presents the area as a new field: Internet linguistics.

In his engaging trademark style, Crystal addresses the online linguistic issues that affect us on a daily basis, incorporating real-life examples drawn from his own studies and personal involvement with Internet companies. He provides new linguistic analyses of Twitter, Internet security, and online advertising, explores the evolving multilingual character of the Internet, and offers illuminating observations about a wide range of online behaviour, from spam to exclamation marks.

Including many activities and suggestions for further research, this is the essential introduction to a critical new field for students of all levels of English language, linguistics and new media. 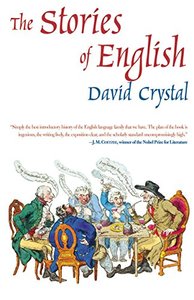 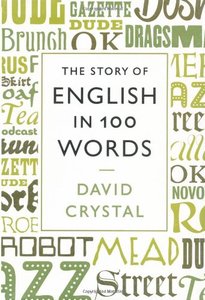 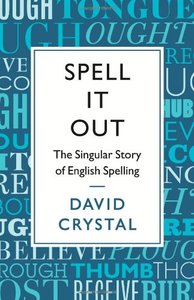 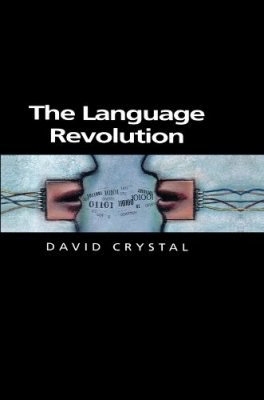 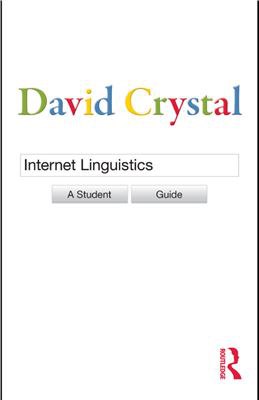