Now that conferences deal with such a multitude of questions and the attainments required of their interpreters have grown so diverse and specialized, we feel that there is room for a series of multilingual technical glossaries bearing on the principal subjects discussed at international conferences.
This undertaking is being supervised and co-ordinated by M. Jean Herbert, formerly Head Interpreter of the United Nations. The purpose of its joint sponsorship by the Interpreters’ School of Geneva University, the Auslands- und Dolmetscherinstitut of Mainz University (Germers- heim), the Institute of Languages and Linguistics, School of Foreign Service, Georgetown University (Washington, D.C.) and the School of Modern Languages for Translators and Conference-interpreters, University of Trieste, is to emphasize the international and scientific character of these glossaries. They are the work of language experts, including interpreters, some of whom are teachers or alumni of the sponsoring institutes.
The aim of these glossaries is to endow professional and apprentice interpreters with a terminological apparatus both scientifically planned and generally acknowledged in the various sectors of international activity. In broader terms, their intention is to enable experts to understand one another more readily, and to disseminate an accepted international terminology.
Each glossary will appear in several languages, to be chosen according to the frequency of their use at international conferences on that particular subject.
We have set out to make the glossaries as compact and efficient as possible.1 The usual order of terms is alphabetical, although a certain number are specially listed by their functions.
It is hoped that several glossaries will appear annually, dealing successively with subjects likely to arise at conferences where trained interpreters are employed.

This work is a modest attempt to bring together in one volume terms and expressions from the multitude of different fields, accounting, banking, computing, economics etc., which are intimately involved with the world of modern business.

The dictionary is intended primarily as an aid to translators and all others who find themselves faced with the problem of dealing with a multi-lingual flow of information on financial matters. Attempts have been made to list equivalent terms in the various languages, but it should be borne in mind that business practices and institutions differ greatly from one country to another, as do such things as tax systems, postal services etc. The precise relevance of a term to a specific country can thus only be judged from case to case.

The science of rock pressure is developing into a branch of mining sciences of constantly increasing importance. The results obtained in this field and their effects in practice do not, however, stop at country borders. On the contrary, it is just this young science that is making most successful efforts to promote international exchange of experience; as an instrument to this end, the “International Bureau for Rock Mechanics” (I.B.G.)at the German Academy of Sciences in Berlin has been established.

International exchange of experience, however, presupposes that conceptions of rock mechanics are uniformly interpreted in the various languages. Moreover, definitions of terms are being prepared, which, after thorough consultation and coordination in the respective working groups of the International Bureau for Rock Mechanics, will be made available to all experts working in this field. As can be understood, this comprehensive compilation still requires a great deal of spade-work until it will be completed.

In the meantime, the I.B.G. is publishing the Dictionary of Rock Pressure, the compilation of which is based on a dictionary in three languages published by the National Coal Board, London, in 1958. This first edition was the result of the cooperation of renowned experts of the following institutions: Centre d’Etudes et Recherche de l ’industrie Charbonnière, Paris; Institut National de l ’industrie Charbonnière, Liège; National Coal Board, London; Steinkohlenbergbau verein, Essen.

Thanks to the obligingness of these institutes, which are the leading authoritative bodies in the field of coal mining in their respective countries, the I.B.G. could base their work on this three-language edition and enlarge it to become a six-language dictionary. The compiling of the Russian, Czech, and Spanish terms has been carried out by the Academy of Sciences of the U.S.S.R, Mining Institute, Moscow; the Czechoslovak Academy of Sciences, Mining Institute, Prague; Prof. Dr. E. Kittl, Revista Minera Geologia y Mineralogia, Castelar, Argentine, to whom we are deeply obliged.

We hope that this dictionary will find a friendly reception by our colleagues in East and West.

The Multilingual Dictionary of Fish and Fish Products is a world standard guide to the names of fish and fish products traded internationally. This fifth edition comprises 1187 items, with descriptions in English and French and the equivalents for the main headings in 18 other languages: Danish, Dutch, Finnish, German, Greek, Icelandic, Italian, Japanese, Korean, Norwegian, Polish, Portuguese, Russian, Serbian, Croatian, Spanish, Swedish and Turkish. Indexes are provided for each language, including an index of scientific names for species of fish, shellfish, etc.
This is an essential reference for all those working in the arena of fisheries, aquaculture, seafood processing and the world trade in aquatic products. The information included is of great commercial use and importance, and copies of this expanded and enhanced new edition should be available in all seafood companies, libraries of research establishments, government departments and universities where aquaculture, fisheries, food science and technology, fish biology and aquatic sciences are studied and taught, throughout the world.

5.
The Multilingual Dictionary of Real Estate: A guide for the property professional in the Single European Market English; French; German; Spanish; Italian; Dutch

This is a book for the Single European Market and for the real estate professionals operating within it. The real estate industry is europeanising rapidly in anticipation of the SEM, with potentially even greater European integration under the provisions of the Maastricht Treaty of European Union. 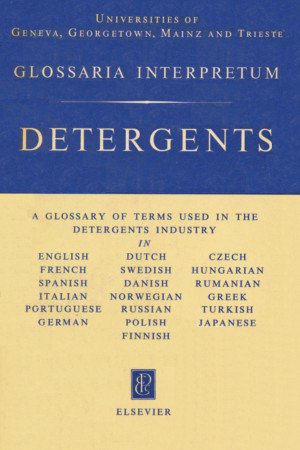 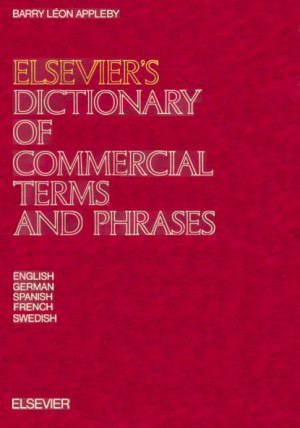 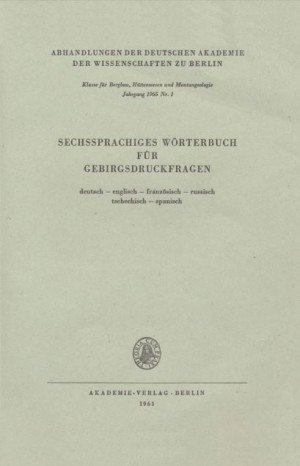 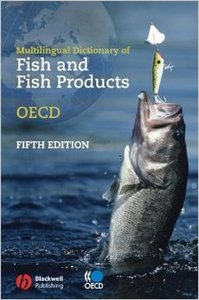 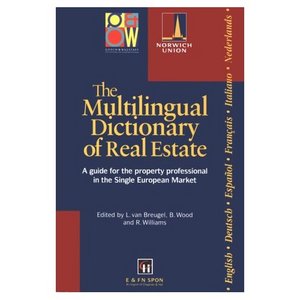