1.
Stephen Turnbull
Crusader Castles of the Teutonic Knights (1): The Red-Brick Castles of Prussia 1230-1466

Throughout their stormy history the Teutonic Knights of Germany have always been the most controversial brotherhood ever to call themselves ‘Knights of Christ’.They were the most warlike of the religious orders, and this is reflected in the architecture they left behind. In contrast to the Templars who are remembered for their churches, the Teutonic memorials are the magnificent brick-built castles they built as a result of their conquest of Prussia between 1230 and 1380. Many of these dramatic fortresses still exist today in what is now Poland and provide a unique example of an architectural style that closely reflects the nature of the Order.

2.
Stephen Turnbull
Crusader Castles of the Teutonic Knights (2): The Stone Castles of Latvia and Estonia 1185-1560

The original forced conversion of pagan Livonia, what is now the Baltic states of Latvia and Estonia, was carried out by a military order known as the Brethren of the Sword.
In 1236 this order was incorporated into the Teutonic Knights following a catastrophic military defeat.
The knights had always consolidated their conquests through networks of castles and fortified places, and the Livonian Chapter of the Teutonic Order built castles of stone.
This title covers the developmental and operational history of these fortresses over the length of the Middle Ages.
It details how the Baltic fortifications of the Teutonic Knights evolved to reflect the changing nature of siege warfare and the increasing dominance of gunpowder in warfare.

Hisarlik is a small place, a sandy stone strewn hillock cut up into gullies and hummocks. Yet its historical significance is immense, for this is the site of Troy – the legendary city whose story sprawls across cultures, time and geography. The tale of the siege of Troy is the greatest secular story ever told, and has captured the imagination of the Western World for some 3,000 years. Although there are many difficulties in using Greek myths, oral traditions and the Homeric epics to reconstruct the Trojan War, this title uses the latest archaeological evidence to reconstruct in detail the fortifications of Troy as well as making more general observations about the possible historical events behind the epics of Homer.

The West Wall (or the Siegfried Line as the Allies called it) played a crucial role in the bitter fighting of 1944 and 1945 in North-West Europe. Constructed in the period immediately after the remilitarisation of the Rhineland in 1936, the Wall stretched for 300 miles from Cleve in the north to the Swiss Border and consisted of some 14,000 pillboxes. The Wall initially blunted the US attack, and Hitler used it as a foundation from which to launch the Ardennes Offensive. This title takes a detailed look at the development and form of this key fortification, examining the principles of its defence in visual depth, and discussing its fate in the wake of the Allied onslaught.

In the course of the Peninsular War, Wellington’s army fought several hard battles and smaller actions, but it was the bloody sieges that troubled him more than anything else. Indeed, the performance of his army during the sieges was probably the most disappointing aspect of what was otherwise an extremely successful campaign. Taking 1808 as its starting point, this title deals with the fortress sieges that involved Wellington’s Anglo­Portuguese army, and concentrates on four key sites in particular (Ciudad Rodrigo, Badajoz, Burgos and San Sebastián). All of these played a vital role in the war due to their strategically important positions. It documents both the sieges and the storming of the fortresses, as well as the general role of the fortresses in Spain and the impact they had on the thinking of the commanders and strategies of the armies involved. 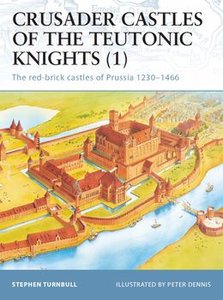 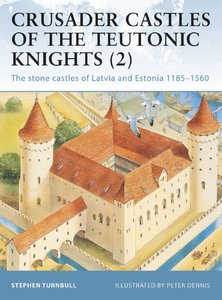 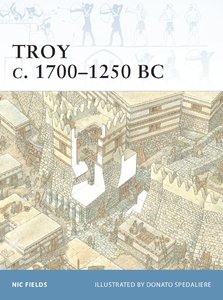 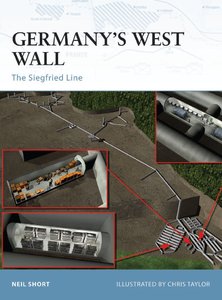 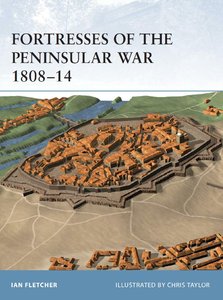