The landscape of 16th- and 17th-century Japan was dominated by the graceful and imposing castles constructed by the powerful ‘daimyo’ of the period. In this the most turbulent era in Japanese history, these militarily sophisticated structures provided strongholds for the consolidation and control of territory, and inevitably they became the focus for many of the great sieges of Japanese history: Nagashino (1575), Kitanosho (1583), Odawara (1590), Fushimi (1600), Osaka (1615) and Hara (1638), the last of the battles that brought an end to a period of intense civil war. This title traces their development from the earliest timber stockades to the immense structures that dominated the great centres of Osaka and Edo.

Hadrian’s Wall is the most important monument built by the Romans in Britain. It is the best known frontier in the entire Roman Empire and stands as a reminder of the past glories of one of the world’s greatest civilisations. Its origins lie in a visit by the Emperor Hadrian to Britain in AD 122 when he ordered the wall to be built to mark the northern boundary of his Empire and ‘to separate the Romans from the Barbarians’. This title details the design, development and construction of the wall and covers the everyday lives of those who manned it as well as the assaults it withstood.

The aspects of World War II that have been most studied and written about are the politics that led up to the war and that were most prominent during the war. There are also many books and films dedicated to the Holocaust and important battles. We also hear about soldiers and their leaders while they were on the battlefields, but not much has been noted about their time as prisoners of war.

Michael McNally’s Colditz: Oflag IV-C chronicles the history of the castle of Colditz, known as Oflag IV-C during WWII, which was used as a prison for soldiers and military leaders who were captured by the Nazis. The castle gets its name from the town where it stands (Colditz), located near Leipzig. It was built in the middle of the 11th century, was enlarged as time passed, and became a royal residence by the 1600s. Before it became a prison camp in 1933, it served as a poorhouse and a mental asylum, and a hospital and nursing home soon after the war ended.

McNally describes how the supposition that the castle was impossible to escape was undermined by prisoners of war—men from France, Poland and Great Britain among others—and illustrates how they coordinated some of the most memorable and ingenious escape schemes. One such memorable escape plan, known as “The Franz Josef Escape,” took months of preparation and required one of the prisoners to impersonate Fritz Rothenberger, one of Oflag IV-C’s leading commanders.

This book is an ideal read for anyone: from history buffs who would like to learn more about this often overlooked aspect of WWII, to those who would simply like to expand their knowledge of WWII history. The book features color and black-and-white photographs of the castle and its prisoners. There are also detailed maps and illustrations that depict some of the more important events that occurred in Colditz during this period, and readers what the castle looked like when it was first built in the 11th century.

The castle still stands today and is known as the “Escape Museum.” The part of the castle which was known as the Kommandatur (German quarters) during World War II is now a youth hostel and a vacationer’s hotel. In the closing chapter of his book, McNally offers useful information on how to get to the museum for those who would like a first hand experience of Colditz’s long and rich history.

In 1942, with Germany’s gradual loss of the strategic initiative to the Allies, Hitler was forced to construct an impenetrable wall of fortifications along the Atlantic and Mediterranean coast. However, Hitler’s grandiose Atlantic wall scheme was hampered by the realities of Germany’s wartime economy. Without the resources and manpower to fortify the entire coast, the emphasis was placed on the great festung ports, the likely location of an Allied amphibious landing.

This first volume in a series of three deals solely with the structures on the French Atlantic coast starting with the Pas de Calais and extending down to Spain. Featuring detailed illustrations and diagrams of the various sections of the Atlantic Wall and the role that they played, it gives an insightful analysis into some of the most accessible fortifications of World War II.

Germany’s Atlantic Wall was the most ambitious military fortification program of World War II. Following its conquest of Western Europe, Germany had to defend some 5,000 kilometers of Atlantic coastline from the Spanish border to the Arctic Circle. The United States’ entry into the war and the inevitability of an Anglo-American landing in Western Europe resulted in the fortification of this coastline along its entire length. Focusing on the northern Atlantic Wall in the Low Countries and Scandinavia, this title addresses the special defensive features and unique aspects of fortification in these countries, such as the early focus on fortifying Norway, due to early British commando raids; the greater use of turreted naval guns; and the establishment of first-line Flak defenses in the Low Countries to counter the Allied strategic bombing campaign. 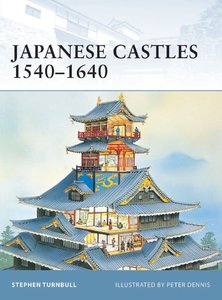 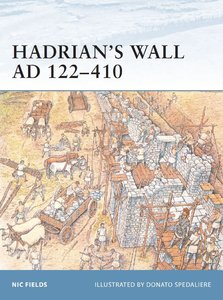 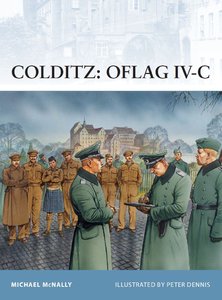 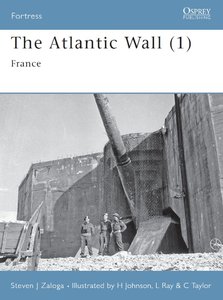 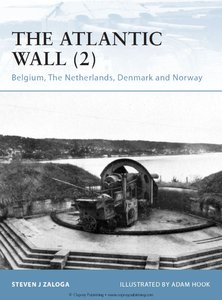