The Seventh Platonic Letter describes Plato’s attempts to turn the ruler of Sicily, Dionysius II, into a philosopher ruler along the lines of the Republic. It explains why Plato turned from politics to philosophy in his youth and how he then tried to apply his ideas to actual politics later on. It also sets out his views about language, writing and philosophy. As such, it represents a potentially crucial source of information about Plato, who tells us almost nothing about himself in his dialogues. But is it genuine? Scholars have debated the issue for centuries, although recent opinion has moved in its favour. The origin of this book was a seminar given in Oxford in 2001 by Myles Burnyeat and Michael Frede, two of the most eminent scholars of ancient philosophy in recent decades. Michael Frede begins by casting doubt on the Letter by looking at it from the general perspective of letter writing in antiquity, when it was quite normal to fabricate letters by famous figures from the past. Both then attack the authenticity of the letter head-on by showing how its philosophical content conflicts with what we find in the Platonic dialogues. They also reflect on the question of why the Letter was written, whether as an attempt to exculpate Plato from the charge of meddling in politics (Frede), or as an attempt to portray, through literary means, the ways in which human weakness and emotions can lead to disasters in political life (Burnyeat).

Graciela De Pierris presents a novel interpretation of the relationship between skepticism and naturalism in Hume’s epistemology, and a new appraisal of Hume’s place within early modern thought. Whereas a dominant trend in recent Hume scholarship maintains that there are no skeptical arguments concerning causation and induction in Book I, Part III of the Treatise, Graciela De Pierris presents a detailed reading of the skeptical argument she finds there and how this argument initiates a train of skeptical reasoning that begins in Part III and culminates in Part IV. This reasoning is framed by Hume’s version of the modern theory of ideas developed by Descartes and Locke. The skeptical implications of this theory, however, do not arise, as in traditional interpretations of Hume’s skepticism, from the ‘veil of perception.’ They arise from Hume’s elaboration of a presentational-phenomenological model of ultimate evidence, according to which there is always a justificatory gap between what is or has been immediately presented to the mind and any ideas that go beyond it. This happens, paradigmatically, in the causal-inductive inference, and, as De Pierris argues, in demonstrative inference as well. Yet, in spite of his firm commitment to radical skepticism, Hume also accepts the naturalistic standpoint of science and common life, and he does so, on the novel interpretation presented here, because of an equally firm commitment to Newtonian science in general and the Newtonian inductive method in particular. Hume defends the Newtonian method (against the mechanical philosophy) while simultaneously rejecting all attempts (including those of the Newtonians) to find a place for the supernatural within our understanding of nature.

3.
Thomas B. Ellis
On the Death of the Pilgrim: The Postcolonial Hermeneutics of Jarava Lal Mehta

This searching examination of the life and philosophy of the twentieth-century Indian intellectual Jarava Lal Mehta details, among other things, his engagement with the oeuvres of Martin Heidegger, Hans-Georg Gadamer, and Jacques Derrida. It shows how Mehta’s sense of cross-cultural philosophy and religious thought were affected by these engagements, and maps the two key contributions Mehta made to the sum of human ideas. First, Mehta outlined what the author dubs a ‘postcolonial hermeneutics’ that uses the ‘ethnotrope’ of the pilgrim to challenge the philosophical hermeneutic emphasis on supplementation and augmentation. For Mehta, the hermeneutic encounter ruptures, rather than supplements, the self. Secondly, Mehta extended this concept of hermeneutics to interrogate the Hindu tradition, arriving at the concept of the ‘negative messianic’. In contrast to Derrida’s emphasis on the ‘one to come’, Mehta shows how the Hindu bhakti model represents the very opposite, that is, the ‘withdrawn other,’ identifying thereby the ethical pitfalls of deconstructivism’s emphasis on the messianic tradition. This is the only full-length study in English of this high-profile Hindu philosopher.

This volume is a comprehensive survey of contemporary thought on a wide range of issues and provides students with the basic background to current debates in metaphysics. An introductory essay by the editors offers an overview of the volume and introduces students to the major debates that are contained within the main body of the text. The collection contains classic contemporary papers on topics such as Ontological Commitment and Methodology, Possible Worlds and Possibilia, Properties and Universals, Substances, Events, Tropes and Mathematical Objects. It also includes seven newly-commissioned state-of-the-art articles by Van Inwagen, Lycan, Bealer, Loux, Lombard, Macdonald and Field.

5.
Martin Heidegger
Being and Time: A Translation of Sein und Zeit

Amazon Review
Martin Heidegger paved the road trod on by the existentialists with the 1927 publication of Being and Time. His encyclopedic knowledge of philosophy from ancient to modern times led him to rethink the most basic concepts underlying our thinking about ourselves. Emphasizing the “sense of being” (dasein) over other interpretations of conscious existence, he argued that specific and concrete ideas form the bases of our perceptions, and that thinking about abstractions leads to confusion at best. Thus, for example, “time” is only meaningful as it is experienced: the time it takes to drive to work, eat lunch, or read a book is real to us; the concept of “time” is not.

Unfortunately, his writing is difficult to follow, even for the dedicated student. Heidegger is best read in German: his neologisms and other wordplay strain the talents of even the best translators. Still, his thoughts about authentic being and his turning the philosophical ground inspired many of the greatest thinkers of the mid 20th century, from Sartre to Derrida. Unfortunately, political and other considerations forced Heidegger to leave Being and Time unfinished; we can only wonder what might have been otherwise. —Rob Lightner 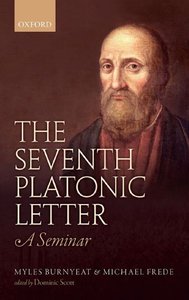 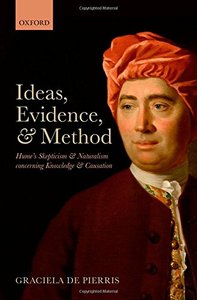 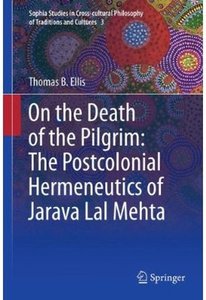 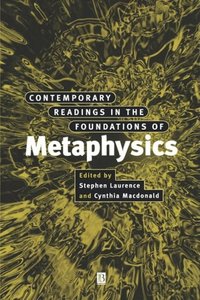 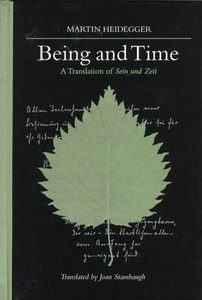