This ethnographic study deals with the ways people in Athens, Greece, use style to construct their social class identities. Including a rich dataset comprising ethnographic interviews with actual people who live in the stereotypically seen as leafy and posh northern suburbs and in the stereotypically treated as working class western suburbs of Athens coupled with data from popular literary novels, TV series and Greek hip hop music, it argues that the relationship between style and social class identity is mediated by complex social meanings encompassing features from and discourses relevant to both areas, which are structured across different orders of indexicality depending on the genre of speech in which they are created. As such, it will be of interest to scholars in sociolinguistics, discourse analysis, anthropology, sociology, Modern Greek studies, and to everyone who is interested in how social class is constructed via language.

After three and a half decades of economic reforms, radical changes have occurred in all aspects of life in China. In an authoritarian society, these changes are mediated significantly through the power of language, carefully controlled by the political elites. Discourse, as a way of speaking and doing things, has become an indispensable instrument for the authority to manage a fluid, increasingly fragmented, but highly dynamic and yet fragile society. Written by an international team of leading scholars, this volume examines socio-political transformations of contemporary Chinese society through a systematic account, analysis and assessment of its salient discourses and their production, circulation, negotiation, and consequences. In particular, the volume focuses on the interplay of politics and media. The book’s intended readership is academics and students of Chinese studies, language and discourse, and media and communication studies.

Trust and Discourse: Organizational perspectives offers a timely collection of new articles on the relationship between discursive practices in organizational or institutional contexts and the psychological/moral category of trust. As globalization, the drive for efficiency and accountability, and increased time pressure lead groups and individuals to rethink the way they communicate, it is becoming more and more important to investigate how these streamlined and impersonal forms of communication affect issues of responsibility, authenticity and – ultimately – trust. The book deals with a variety of organizational settings ranging from in-hospital bedside teaching encounters and government communication following a nuclear accident to job interviews and foreign news reporting. This comprehensive study of an emerging new field will provide essential reading for linguists, discourse analysts, communication scholars, and other social scientists interested in a range of perspectives on oral, written and digital language use in society, including interactional sociolinguistics, Critical Discourse Analysis, ethnography, multimodality and organizational studies. 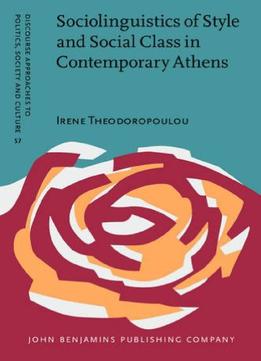 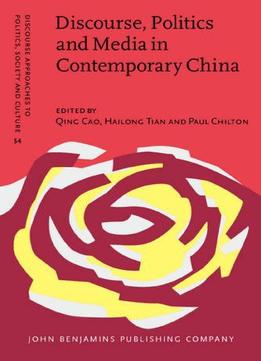 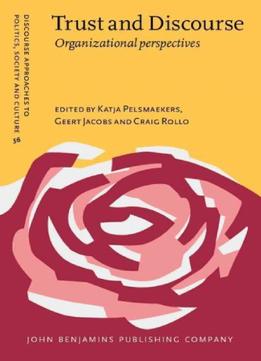 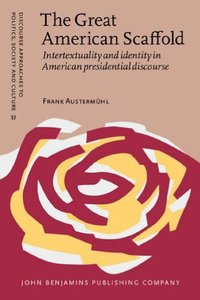