The Political Handbook of the World provides timely, thorough and accurate political information, with more in-depth coverage of current political controversies than any other reference guide. The updated 2015 edition will continue to be the most authoritative source for finding complete facts and analysis on each country’s governmental and political makeup. Compiling in one place more than 200 entries on countries and territories throughout the world, this volume is renowned for its extensive coverage of all major and minor political parties and groups in each political system. It also provides names of key ambassadors and international memberships of each country, plus detailed profiles of more than 30 intergovernmental organizations and UN agencies. And this annual update will aim to include coverage of current events, issues, crises, and controversies from the course of this year.

2.
Robert Bridge
Midnight in the American Empire: How Corporations and Their Political Servants are Destroying the American Dream

Corporate America is no longer content doing what it does best, which is making money. These business behemoths are aggressively attempting to control the entire economic, cultural and political realms of American life. They have nearly succeeded. Most Americans would agree that corporate power should be prohibited from disrupting the natural rhythm of our democratic institutions. Yet we the people are thwarted from addressing the subject of corporate power, not because we do not wish to have the conversation, but because we have nobody to address the issue. Our political representatives, hostages as they are to corporate campaign donations and government lobbyists, cannot seriously debate the question of corporate power. Indeed, their very careers depend on corporate power. Meanwhile, the media, the so-called Fourth Estate, refuses to discuss the issue of excessive corporate power because the media itself is a corporation. At the same time, the consequences of excessive corporate power are becoming acutely obvious inside of the corporate universe. Today, fewer U.S. workers are spending more time on the job to produce a greater amount of products, while not receiving fair recompense. Meanwhile, wages for American workers, adjusted for inflation, have remained stagnant for the past 30 years, while U.S. vacation time in the United States is the lowest of all the industrial economies. The blatant lack of representation in the workplace is directly responsible for these shameful statistics. Just 7 percent of the American workforce today enjoys union representation, a percentage that pales in comparison with past generations. There is also the question of corporations disrupting the fabric of cultural life. Indeed, today Main Street U.S.A. is largely unrecognizable. This can be witnessed in everything from the preponderance of fast food restaurants and hyper-stores, to Corporate America’s aggressive monopoly on all forms of entertainment, which is on a downward spiral to total degeneracy. Since corporate-owned cultural venues (e.g., television, film, books) have more influence over our children than do educational institutions, it should come as no surprise that violence and unsocial behavior is on the rise. History has already proven that no nation can survive for long once its moral fabric has been shredded. Finally, the symptoms of extreme levels of corporate power in our lives are becoming increasingly conspicuous in a variety of ways. From the rise of destructive behavior at home, to the sadistic treatment prisoners of war in foreign lands (read: Guantanamo Bay), to the reckless disregard for the collapse of the natural environment, something has gone awry in the heart of America (I call it ‘corporate zombyism’). The nature of the problem suggests that the American psyche is being guided and influenced by less than respectable influences. Since it is Corporate America that is largely responsible for the degraded mental and physical content that we are now feeding the people, this institution must accept a large part of the blame for America’s fall from grace. The time has come to tame this beast of burden; the time has come to remove corporate power from the halls of power. It is time for the American people – like their proud and independent ancestors who founded this country many years ago – to regain control of their country once again.

3.
Emile Durkheim
The Rules of Sociological Method: And Selected Texts on Sociology and Its Method

Revised for the first time in over thirty years, this edition of Emile Durkheim’s masterful work on the nature and scope of sociology is updated with a new introduction and improved translation by leading scholar Steven Lukes that puts Durkheim’s work into context for the twenty-first century reader.

The Rules of Sociological Method represents Emile Durkheim’s manifesto for sociology. He argues forcefully for the objective, scientific, and methodological underpinnings of sociology as a discipline and establishes guiding principles for future research.

The substantial new introduction by leading Durkheim scholar Steven Lukes explains and sets into context Durkheim’s arguments. Lukes examines the still-controversial debates about The Rules of Sociological Method’s six chapters and explains their relevance to present-day sociology. The edition also includes Durkheim’s subsequent thoughts on method in the form of articles, debates with scholars from other disciplines, and letters. The original translation has been revised and reworked in order to make Durkheim’s arguments clearer and easier to read.

This is an essential resource for students and scholars hoping to deepen their understanding of one of the pioneering voices in modern sociology and twentieth-century social thought.

Climate change presents perhaps the most profound challenge ever confronted by human society. This volume is a definitive analysis drawing on the best thinking on questions of how climate change affects human systems, and how societies can, do, and should respond. Key topics covered include the history of the issues, social and political reception of climate science, the denial of that science by individuals and organized interests, the nature of the social disruptions caused by climate change, the economics of those disruptions and possible responses to them, questions of human security and social justice, obligations to future generations, policy instruments for reducing greenhouse gas emissions, and governance at local, regional, national, international, and global levels.

5.
Dennis Tourish
The Dark Side of Transformational Leadership: A Critical Perspective

Most research into leadership has presented leaders as heroic, charismatic and transformational ‘visionaries’. The leader, whether in business, politics or any other field, is the most important factor in determining whether organizations succeed or fail. Indeed, despite the fundamental mistakes which have, arguably, directly led to global economic recession, it is often still taken for granted that transformational leadership is a good thing, and that leaders should have much more power than followers to decide what needs to be done.

The Dark Side of Transformational Leadership confronts this orthodoxy by illustrating how such approaches can encourage narcissism, megalomania and poor decision-making on the part of leaders, at great expense to those organizations they are there to serve. Written in a lively and engaging style, the book uses a number of case studies to illustrate the perils of transformational leadership, from the Jonestown tragedy in 1978 when over 900 people were either murdered or committed suicide at the urging of their leader, to an analysis of how banking executives tried to explain away their role in the 2008 financial crisis

This provocative and hugely important book offers a rare critical perspective in the field of leadership studies. Concluding with a new approach that offers an alternative to the dominant transformational model, The Dark Side of Transformational Leadership will be an invaluable text for academics interested in leadership, students on leadership courses requiring a more critical perspective, and anyone concerned with how people lead people, and the lessons we can learn. 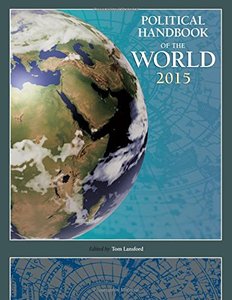 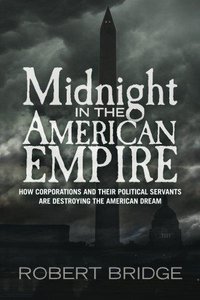 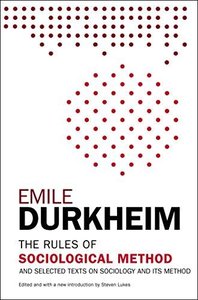 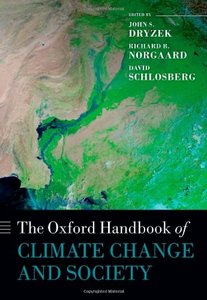 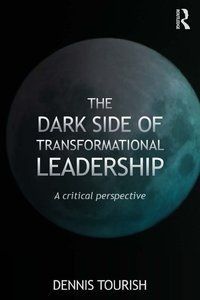