Space has become increasingly crowded since the end of the Cold War, with new countries, companies, and even private citizens operating satellites and becoming spacefarers. This book offers general readers a valuable primer on space policy from an international perspective. It examines the competing themes of space competition and cooperation while providing readers with an understanding of the basics of space technology, diplomacy, commerce, science, and military applications. The recent expansion of human space activity poses new challenges to existing treaties and other governance tools for space, increasing the likelihood of conflict over a diminishing pool of beneficial locations and resources close to Earth. Drawing on more than twenty years of experience in international space policy debates, James Clay Moltz examines possible avenues for cooperation among the growing pool of space actors, considering their shared interests in space traffic management, orbital debris control, division of the radio frequency spectrum, and the prevention of military conflict. Moltz concludes with policy recommendations for enhanced international collaboration in space situational awareness, scientific exploration, and restraining harmful military activities.

2.
Bonnie Weinstein
To the Far Right Christian Hater…You Can Be a Good Speller or a Hater, But You Can’t Be Both: Official Hate Mail, Threats, and Criticism from the Archives of the Military Religious Freedom Foundation

From the six-time Nobel Peace Prize nominated Military Religious Freedom Foundation’s official archives comes this jaw-dropping collection of hate mail, threats, and criticisms of the MRFF’s efforts to ensure that all members of the United States Armed Forces fully receive the Constitutional guarantees of religious freedom to which they and all Americans are entitled by virtue of the Establishment Clause of the First Amendment.

3.
Alex Broom
Dying: A Social Perspective on the End of Life

‘In an increasingly secular, yet still economically rich West, this cutting edge sociological look at dying is crisp, revealing, at times heart breaking, and other times hopeful. The in-depth examination of contemporary dying as a co-production sets this book apart from the rest. By framing dying as a thoroughly social occasion, Dying aims to prompt change in how we think about – and approach – the end of life. Bravo to Broom for shedding new light on an evolving and critical social issue!’ Damien Ridge, University of Westminster, UK ‘There have been several recent books on aspects of dying. What makes Alex Broom’s special is the telling way he draws on social theory to frame his own data and to cast new light on death as a “social occasion”. Death often remains taboo, but this sophisticated study of patients facing the end of life will pave the way for a more open understanding via its carefully nuanced discussion and analysis of the context, perceptions and behaviours of all those engaged in terminal care. This is sociology at the front line: subtle, innovative, accessible and with profound implications for doctors, nurses and all those caught up in caring for dying people.’ Graham Scambler, University of Surrey, UK

The ability to persuade comes naturally to some people and is completely foreign to others. This new second edition, is your thorough guide to the way jurors make decisions, and how you can use that knowledge to convince them that your story of a case is the correct version. This book was written for law students, experienced litigators, and everyone in between who needs to understand the most effective ways to convince a jury.

5.
Adam Przeworski
Democracy in a Russian Mirror (Cambridge Studies in the Theory of Democracy)

What can we learn about democracy from the experience of post-Soviet Russia? What can we learn about the prospects for democracy in Russia from the experience of “really existing democracies?” Must some “pre-requisites,” cultural or material, be fulfilled for democracy to become possible? This book examines the current state and the prospects for democracy in Russia, posing several challenges to our understanding of democracy. Thirteen contributors expand the debate over these questions, offering a variety of insights, interpretations, and conclusions vital to understanding the conditions of emergence and survival of successful democracies.

6.
Paul Bouissac
The Semiotics of Clowns and Clowning: Rituals of Transgression and the Theory of Laughter

During the last 300 years circus clowns have emerged as powerful cultural icons. This is the first semiotic analysis of the range of make-up and costumes through which the clowns’ performing identities have been established and go on developing. It also examines what Bouissac terms ‘micronarratives’ – narrative meanings that clowns generate through their acts, dialogues and gestures.

Putting a repertory of clown performances under the semiotic microscope leads to the conclusion that the performances are all interconnected and come from what might be termed a ‘mythical matrix’. These micronarratives replicate in context-sensitive forms a master narrative whose general theme refers to the emergence of cultures and constraints that they place upon instinctual behaviour.

From this vantage point, each performance can be considered as a ritual which re-enacts the primitive violence inherent in all cultures and the temporary resolutions which must be negotiated as the outcome. Why do these acts of transgression and re-integration then trigger laughter and wonder? What kind of mirror does this put up to society? In a masterful semiotic analysis, Bouissac delves into decades of research to answer these questions.

7.
Anthony B. Atkinson
Inequality: What Can Be Done?

Inequality is one of our most urgent social problems. Curbed in the decades after World War II, it has recently returned with a vengeance. We all know the scale of the problem―talk about the 99% and the 1% is entrenched in public debate―but there has been little discussion of what we can do but despair. According to the distinguished economist Anthony Atkinson, however, we can do much more than skeptics imagine.

Atkinson has long been at the forefront of research on inequality, and brings his theoretical and practical experience to bear on its diverse problems. He presents a comprehensive set of policies that could bring about a genuine shift in the distribution of income in developed countries. The problem, Atkinson shows, is not simply that the rich are getting richer. We are also failing to tackle poverty, and the economy is rapidly changing to leave the majority of people behind. To reduce inequality, we have to go beyond placing new taxes on the wealthy to fund existing programs. We need fresh ideas. Atkinson thus recommends ambitious new policies in five areas: technology, employment, social security, the sharing of capital, and taxation. He defends these against the common arguments and excuses for inaction: that intervention will shrink the economy, that globalization makes action impossible, and that new policies cannot be afforded.

More than just a program for change, Atkinson’s book is a voice of hope and informed optimism about the possibilities for political action.

While the specifics of individual wars vary, they share a common epilogue: the task of finding and identifying the “disappeared.” The Bosnian war of the early 1990s, which destroyed the sovereign state of Yugoslavia, is no exception. In Working in the Killing Fields, Howard Ball focuses on recent developments in the technology of forensic science and on the work of forensic professionals in Bosnia following that conflict. Ball balances the examination of complex features of new forensic technology with insights into the lives of the men and women from around the globe who are tasked with finding and excavating bodies and conducting pathological examinations. Having found the disappeared, however, these same pathologists must then also explain the cause of death to international-court criminal prosecutors and surviving families of the victims. Ball considers the physical dangers these professionals regularly confront while performing their site excavations, as well as the emotional pain, including post-traumatic stress disorder, they contend with while in Bosnia and after they leave the killing fields.

Working in the Killing Fields integrates discussion of cutting-edge forensic technology into a wider view of what these searches mean, the damage they do to people, and the healing and good they bring to those in search of answers. Even though the Balkan wars took place two decades ago, the fields where so many men, women, and children died still have gruesome and disturbing stories to tell. Ball puts the spotlight on the forensic professionals tasked with telling that story and on what their work means to them as individuals and to the wider world’s understanding of genocide and war. 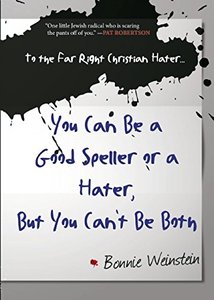 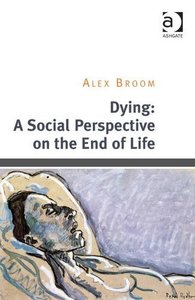