1.
Manfred F. Bukofzer
Music in the Baroque Era: From Monteverdi to Bach

More than 50 years after its publication, Professor Bukofzer’s book remains as an examplar of how to discuss musical style. His revelatory insights into the origins and details of Baroque style have set standards respected and imitated by generations of scholars. Another beauty of the book is the clarity and accessibility of his ideas. Performers, amateurs, and scholars will all find many interesting ideas in this book. Some details of chronology and attribution of music have since been corrected in more recent scholarly books, but the real value of this book is in the excellent discussions of the origin of style, and Bokofzer’s gift is timeless. Anyone who reads music and has an interest in Baroque music will find this book to be well-written and of immense value.

From its beginnings in the seventeenth century, the eccentric and tumultuous forms of the Baroque spread across not only Europe but colonial Latin America and Asia as well. With Reflections on Baroque, Robert Harbison brings together discussions of aesthetics, science, mysticism, politics, religion, and culture to offer a surprising reinterpretations of the baroque style and its influences and echoes into the twentieth century.

The very word Baroque-at least in the sense which we attach to it-was unknown to the men who lived in the Baroque age. Barroco, a term for a misshapen pearl discarded on the seashore by Portuguese fishermen, had until the late nineteenth century when Baroque art was totally superannuated and despised only a localized pejorative meaning. Indeed there was no such recognized thing as Baroque art even one hundred years ago. Art historians simply acknowledged that there was a phase-and rather too long a one-of late Renaissance art, much to be deplored on account of its over-exuberant and decadent manifestations.

Today, by common consent, the term Baroque is applied loosely to the art of the 17th and 18th centuries; it therefore tends to have as much a chronological significance as a stylistic one. At first Baroque was a term of abuse, probably deriving in Italy from the word baroco, which was used by medieval philosophers to describe an obstacle in schematic logic and consequently came to describe any contorted idea or involuted process of thought. It seems also to be partly derived from the Portuguese barroco, or the Spanish barrueco, meaning an irregular or imperfectly shaped pearl. However, by the middle of the 1 8th century, the term began to be applied to art in a less derogatory fashion.

5.
Baroque: Italy and Central Europe (Architecture of the World)

The climate of Baroque, the various elements which characterized the buildings, and the origins and styles of the architects of the period are all dealt with exhaustively in this book. Thus, demands of the present have been amply fulfilled by illustrating our connections with that time. The following observations may serve to underline the necessity for a critical comparison correlating current trends with historical phenomena. 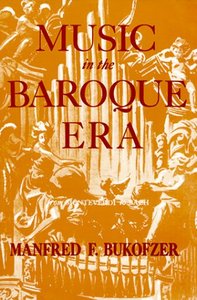 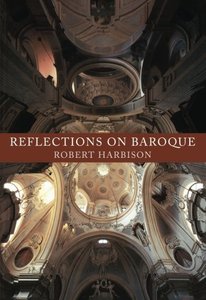 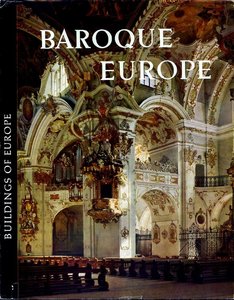 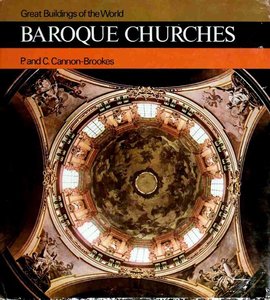 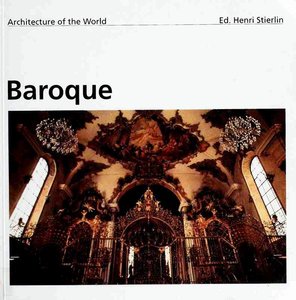