1.
The Vatican Collections: The Papacy and Art

Many of the Vatican’s supreme art treasures are represented in the unprecedented exhibition that is the occasion for this book. These works are drawn not only from the Vatican Museums, but from Saint Peter’s and its Treasury, the Apostolic Palaces, and the Vatican Library. Thus, this volume brilliantly illustrates the entire history of papal patronage and collecting — the single longest and most influential collecting tradition in the Western world. The objects range from ancient Greek vases and sculptures to modern works by Henri Matisse and André Derain.

Ever since the founding of Saint Peter’s, about 320, the popes have commissioned, preserved, and acquired works of art. The catalogue traces the development of these activities through the centuries, opening with an illustrated history of the Vatican Museums by Carlo Pietrangeli, the director general. Each of the fifteen sections explores a different aspect of the Vatican collections and is introduced by an informative essay. These introductions and the scholarly texts that describe each of the more than two hundred works in the exhibition were written by eminent curators at the Vatican Museums and The Metropolitan Museum of Art.

In the first two sections are examples of the few surviving remains from the decoration of Old Saint Peter’s, the church that stood on the site of the present basilica and was torn down in the fifteenth century to make way for it. These works include two precious mosaics, two fresco fragments of Saints Peter and Paul, and a series of eight reliefs from the fifteenth-century ciborium of the high altar.

The next four sections highlight papal patronage from the Late Gothic through the Baroque period, and the objects illustrated evoke the beauty of the Apostolic Palaces. Raphael’s tapestry, The Miraculous Draught of Fishes, and two splendid sculptures from antiquity, the Apollo Belvedere and the Belvedere Torso, convey, in a dramatic juxtaposition, the harmonious and powerful vision at the heart of High Renaissance artistry. A set of pontifical vestments, as well as the monumental silver-gilt cross and two of the candlesticks for the main altar of the new basilica, recalls the solemn splendor of the Renaissance church, while several works by Bernini remind the reader of the role played by this artist, along with popes Urban VIII and Alexander VII, in fostering Baroque art.

The Vatican is a unique domain. The world’s smallest independent city state, it is the seat of the papacy—and thus the spiritual headquarters of one of the world’s great religions, Roman Catholicism—and at the same time it is among the largest and most distinguished complexes of architectural and artistic treasures in the West.

To the ancient Romans, the Vaticanum was a swampy and ill-defined region along the bank of the Tiber. It was the site of the Vatican Circus—begun by Caligula and finished by Nero—and the place where the apostle Peter, the first bishop of Rome, was crucified and buried. Less than three centuries later, the Holy Roman emperor Constantine erected a monumental basilica over the site of Peter’s tomb, a church that stood for more than twelve hundred years until it was torn down, beginning in the 1500s, to make way for the magnificent Renaissance basilica that is today the focal point of Christendom.

This great church, built by Bramante, Michelangelo, Raphael, and other Renaissance and Baroque architects, is at the heart of the independent city state, created in 1929, whose boundaries are determined by the walls built by four popes between 1540 and 1640. Inside this walled enclave, encompassing barely 100 acres within the city of Rome, are the administrative offices of the Church, the residence of the pope, and libraries and museums that form one of the richest treasuries of art in the world. The Vatican Museums house collections that range from Etruscan, Greek, and Roman works of art, through a series of Renaissance masterpieces, to renowned ethnological objects and modern religious art. Wholly self-sufficient, the Vatican City has its own railway station, post office, radio network, and daily newspaper.

This volume, written by distinguished historians and by curators of the Vatican collections, provides an authoritative and up-to-date survey of all aspects of the Vatican, including essays on the organization of the Church, its evolution, its councils, and its architecture and art. The growth of the papal museums and libraries is traced, and highlights of the Vatican’s collections are shown in the more than 280 color-plates that illustrate the text. These plates serve to graphically emphasize the splendor of Saint Peter’s Basilica, Bernini’s great colonnade, the papal palaces adorned by Raphael and other famed artists, as well as the Sistine Chapel with its magnificent frescoes by Botticelli, Pinturicchio, and Michelangelo. In addition, the reader will find among these pages privileged glimpses into private rooms and apartments in the palaces and into secluded areas in the courtyards and gardens not usually accessible to the tourist.

This volume also treats the extraterritorial holdings of the Vatican that lie across the Tiber, such as the Lateran Palace and the Cancelleria, the latter a supreme example of quattrocento architecture in Rome. The six pilgrimage churches and the Roman Catacombs are also illustrated and discussed.In sum, this volume—the result of collaboration by many experts and endorsed by the Vatican—is the most authoritative and comprehensive book ever published on the Vatican. 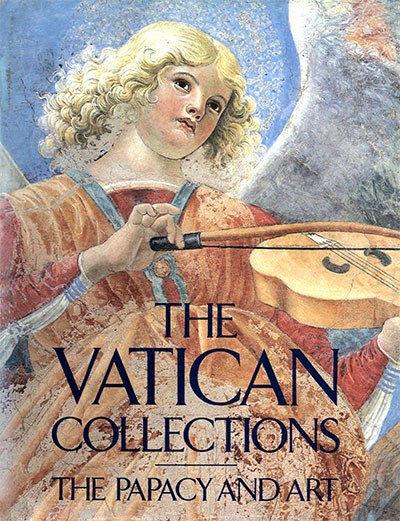 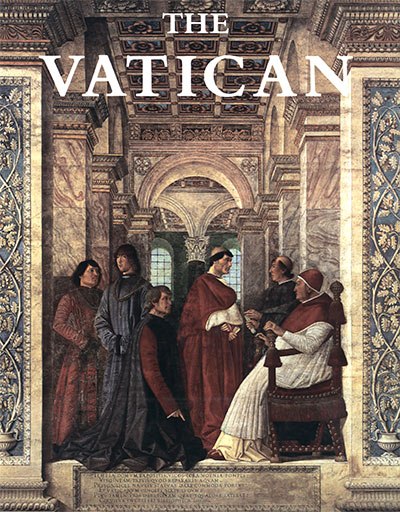