Info: History often appears to consist of big gestures and dramatic shifts. But for every peace treaty signed, someone set the stage, using hidden influence to effect the outcome. In her roles as chief of protocol for President Barack Obama and social secretary to President Bill Clinton and First Lady Hillary Clinton, Capricia Penavic Marshall not only bore witness to history, she facilitated it. From arranging a room to have an intended impact on the participants to knowing which cultural gestures earned trust, her behind-the scenes preparations laid the groundwork for successful diplomacy between heads of state around the world and tilted the playing field in her team’s favor.

If there’s one thing that working at the highest levels of government for over two decades has taught Marshall, it’s that there is power in detail and nuance—the micro-moves that affect the macro-shifts. When seemingly minor aspects of an engagement go missing or awry—a botched greeting or even a poorly chosen menu—it alters the emotions and tenor of an exchange, setting up obstacles rather than paving a way forward. In some cases, an oversight may put the entire endeavor in jeopardy.

Sharing unvarnished anecdotes from her time in office—harrowing near misses, exhilarating triumphs, heartwarming personal stories—Marshall brings us a master class in soft power, unveiling the complexity of human interactions and making the case that etiquette, cultural IQ, and a flexible mind-set matter now more than ever. When the notion of basic civility seems to be endangered, Protocol reminds us how critical these principles are while providing an accessible guide for anyone who wants to be empowered by the tools of diplomacy in work and everyday life. 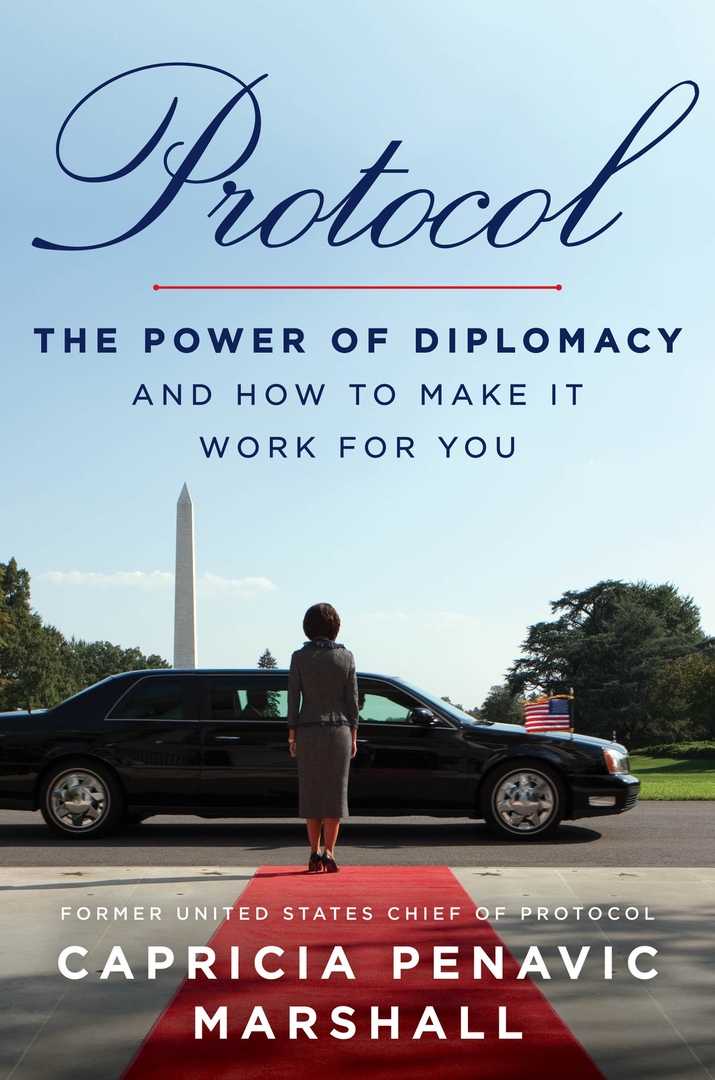