Charlie Bucket, a young, caring, and sincere boy who belonged to a poor family, got the prize of his dreams; a ticket for a tour around Willy Wonka’s magnificent chocolate factory which had been closed for years. After winning one of the five tickets put in the factory’s chocolate bars, Charlie goes with his grandfather on the tour of a lifetime with four others of his age, who were accompanied by one adult each.
On the tour, problems start occurring. Children start breaking Willy Wonka’s rules and had ignored his warnings, and were paying for it. As the tour progressed, the children started getting into all sorts of trouble because of not following the rules set out for them. Soon, nearly all the children had gone, and nearly all the adults had gone after them. Only Charlie and his grandfather were left to experience the leftovers of the tour. 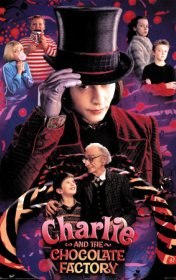