With the advent of advanced hand-held technology and the widespread nature of the internet, the world of animated filmmaking is more exciting and accessible than ever. Due to this cultural and technological development, the success of independent animated film makers is on the rise. Independent Animation showcases some of the greatest, most innovated giants in the field and helps guide readers through the artistic process and production techniques. Story development, casting, color, distribution, and the intimidating aspects of production are elucidated using various examples from all over the world. Readers will also explore the changing nature of the audiences’ relationship with animation, granting firsthand guidance in navigating the diverse fields of animated film-making

2.
Sue Matheson
The Westerns and War Films of John Ford

Responsible for some of the greatest films of the 20th century—The Grapes of Wrath, How Green Was My Valley, and The Quiet Man among others—John Ford was best known for motion pictures that defined the American West and the face of wartime military. A Hollywood celebrity, Ford lived his life against the background that Twentieth Century-Fox fashioned for him. As he did, the facts of his life merged with—and became inseparable from—his multifaceted legend, fostered by Hollywood’s studio culture and his own imagination.

In The Westerns and War Films of John Ford Sue Matheson offers an engaging look at one of America’s greatest directors and the two genres of films that solidified his reputation.
Drawing on previously unreleased material, this volume explores the man, the filmmaker, the veteran, and the legend—and the ways in which all of those roles shaped Ford’s view of America, national character, and his creative output. Among the films discussed here in depth are Ford’s early productions, such as The Iron Horse and Drums along the Mohawk, his military films, such as Submarine Patrol, The Battle of Midway, and They Were Expendable, and his Westerns, including Fort Apache, She Wore a Yellow Ribbon, The Searchers, and Cheyenne Autumn.

Ford imbued many of his creations with a point of view that represented his ideals, and the films discussed here illustrate their director’s distinct vision of American life on the frontier and in service of the country. That vision—Ford’s idealization of the American Character—would, in turn, shape the worldview of several generations. The Westerns and War Films of John Ford will appeal to critics and scholars, but also to any fan of this iconic filmmaker’s work.

In 1936, Samuel Beckett wrote a letter to the Soviet film director Sergei Eisenstein expressing a desire to work in the lost tradition of silent film. The production of Beckett’s Film in 1964, on the cusp of his work as a director for stage and screen, coincides with a widespread revival of silent film in the period of cinema’s modernist second wave.

Drawing on recently published letters, archival material and production notebooks, Samuel Beckett and Cinema is the first book to examine comprehensively the full extent of Beckett’s engagement with cinema and its influence on his work for stage and screen. The book situates Beckett within the context of first and second wave modernist filmmaking, including the work of figures such as Vertov, Keaton, Lang, Epstein, Flaherty, Dreyer, Godard, Bresson, Resnais, Duras, Rogosin and Hitchcock.

By examining the parallels between Beckett’s methods, as a writer-director, and particular techniques, such as the embodied presence of the camera, the use of asynchronous sound, and the cross-pollination of theatricality and cinema, as well as the connections between his collaborators and the nouvelle vague, the book reveals how Beckett’s aesthetic is fundamentally altered by his work for the screen, and his formative encounters with modernist film culture.

The horror film reveals as much, if not more, about the British psyche as the more respectable heritage film or the critically revered social realist drama. Yet, like a mad relative locked in the attic, British horror cinema has for too long been ignored and maligned. Even when it has been celebrated, neglect is not far behind and what studies there have been concentrate largely on the output of Hammer, the best-known producers of British horror. But this is only part of the story. It’s a tradition that encompasses the last days of British music hall theater, celebrated auteurs such as Alfred Hitchcock and Roman Polanski and opportunistic, unashamed hacks.

Frightmares is an in-depth analysis of the home-grown horror film, each chapter anchored by close studies of key titles, consisting of textual analysis, production history, marketing and reception. Although broadly chronological, attention is also paid to the thematic links, emphasizing both the wide range of the genre and highlighting some of its less-explored avenues. Chapters focus on the origins of British horror and its foreign influences, Hammer (of course), the influence of American International Pictures and other American and European filmmakers in 1960s Britain, the ‘savage Seventies’ and the new wave of twenty-first century British horror. The result is an authoritative, comprehensive and, most importantly, entertaining survey of this most exuberant field of British cinema.

It is frequently said that one man’s trash is another man’s treasure, and nowhere is this statement more accurate than in the case of obscure bizarro exploitation films. Containing 55 essays on such trash classics as Ilsa: She Wolf of the SS (1975), I Spit on Your Grave (1978), and Faster, Pussycat! Kill! Kill! (1965), Trash CInema: A Celebration of Overlooked Masterpieces celebrates the good, the bad, and the ugly of these so-called “trash” films. Some of the pieces are reverential, some poke fun at the absurdity of the films, and others offer a more critical eye to these proceedings. With essays from more than 40 noted film writers, this collection is a one-of-a-kind treasure for those amongst us with a passion for the seedier side of cinema. 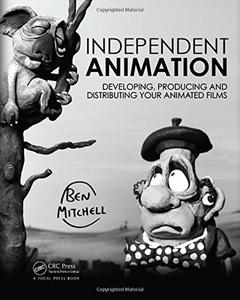 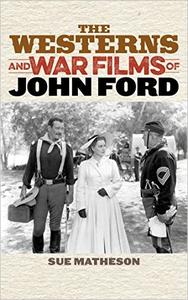 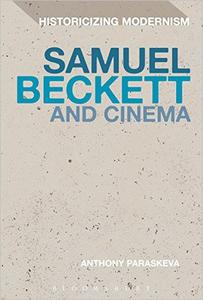 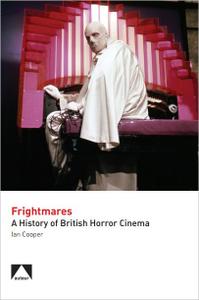 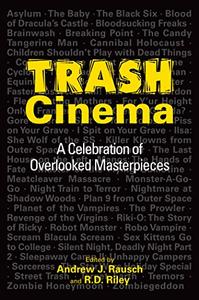