Featuring 201 decadent chocolate bites that are easy enough for novice bakers but luscious enough for experienced candy makers. Inside, you will enjoy recipes for all things chocolate, including fudge, cheesecakes, candies, cookies, bars, milk shakes, coffee drinks and martinis!
Chocolate-lovers…rejoice! The ultimate chocolate cookbooks is here! Taste of Home Chocolate Delights features 201 luscious sensations ideal for any occasion—from coffee breaks and dessert time to morning noshing and late-night snacking. Take a look inside, and you’ll find everything you need to satisfy your chocolate-covered sweet tooth.
Never made chocolate candy before? Let this book show you how with dozens of easy ideas for chocolate bark, fudge, nut clusters and more. Do you pull over for local bakeries? Check out the recipes for brownies, cakes, pies and muffins—all featuring chocolate!
You’ll also enjoy luscious chocolate cheesecakes, marbled icebox favorites and quick breads loaded with chips. Get cozy with mugs of hot chocolate, blended mocha coffees and other sweet sippers, and stir up heavenly hot fudge sauces, frostings and fondues that are sure to jazz up dessert menus. After all, when it comes to curbing a craving, nothing satisfies like chocolate…and with the 201 recipes in Chocolate Delights, a sweet specialty is always at your fingertips.

A pot of vegetable soup simmering on the stovetop, sips of warm spiced cider and the aroma of a golden turkey roasting in the oven…autumn has arrived, and it’s glorious! The season is filled to the brim with delicious reasons to get together with family & friends.
In Tasty Fall Cooking, you’ll find scrumptious tried & true recipes to suit every occasion…shared by home cooks from across the country. A breakfast of Happy Apple Pancakes will send the kids happily off to school. Invite your girlfriends for Cheesy Bacon Brunch Bake and Brown Sugar Muffins before a shopping trip together.
Busy fall days call for easy family meals, so serve up speedy one-dish dinners like Supper Club Enchiladas and Chicken & Dumplin’ Cobbler. Tuck Mississippi Pot Roast in the slow cooker in the morning for a no-fuss homecooked meal that evening.
On Thanksgiving, whether you’re hosting the big family dinner or carrying in a dish, you’ll find sure-fire recipes to please, from Herbed Turkey Breast to Pepper Jack Corn Casserole and Baked Cranberries…Autumn Pear Bread too.
For tailgating fun, you’ll score with friends when you serve up Scarlett’s Football Sandwich Ring, Tasty Taco Soup and Jalapeño Popper Dip. And there’s always time for dessert, so how about Grandma’s Delicious Pineapple Cheesecake, Donna’s Kentucky Pecan Pie or a platter of Frosted Pumpkin-Walnut Cookies? So come on…it’s fall!

Invite a little Nadiya into your kitchen . . .Now with her own prime-time BBC2 cookery series, Britain’s favourite Bake Off winner presents her latest cookbook, featuring mouth-wateringly delicious recipes from the programme.’The best kind of cookbook . . . you can read it like a novel’ The TimesNadiya Hussain was crowned the nation’s winner of 2015’s Great British Bake Off. Famed for her cookery talent and adventurous flavour choices, she sets off on a journey around the country to meet some of the finest growers, producers and pioneers behind the best of modern British food. Inspired by her exploration, Nadiya has created over 120 easy and enticing new recipes that mix the local ingredients she encounters with her very favourite flavours, not forgetting a nod to her Bangladeshi roots. Her reinvented classics capture the diversity of twenty-first century Britain – of tastes and culinary influences that shape what we love to cook and eat today.Lavishly photographed, Nadiya’s must-try recipes have got you covered from breakfast to mid-week meals to something a little bit special, and of course puddings and parties too. Here’s a little flavour . . . Masala Eggy Bread Spiced Bean and Banger Stew Ploughman’s Cheese & Pickle Tart Jerk Haddock with Jollof Rice Lamb Bhuna with Garlic Naan Star Anise Chicken Wings with Chunky Chips Rosemary Banoffee Pie Eton Mess Cheesecake Motivated by her love of family and food, flavour and fun, this is Nadiya cooking in the way she knows best – inspiring the rest of us to do the same.

It is said that in India a festival is celebrated every day of the year. In this gastronomic celebration of India’s festival cuisine, head chef of London’s acclaimed Cinnamon Club, Vivek Singh brings his unique touch to traditional festival recipes and gives his insight into the significance of food from a country with a history of such diverse religions and cultures.
Chapters include the most popular festivals celebrated around the world, such as Holi, Onam and Diwali, covering all religions and geographical areas within India, with Vivek’s very own take on the recipes most associated with them. As well as these brand new recipes, the history and culture surrounding each festival will be explored in colourful detail.
The accompanying photography will further bring alive the beauty and vibrancy of these incredible celebrations.

The Dedalus Book of Vodka by Geoffrey Elborn

No other drink can claim to have influenced the course of human affairs more than vodka. “The green serpent” transformed the Russian state into a great power but it helped to destroy both tsarism and communism – as well as the lives of millions of Russian peasants. From Boris Yeltsin being dropped in a font and Shostakovich being cured of writer’s block to “the great vodka debauch” of the Russo-Japanese War and the Churchill-Stalin drinking duel at Yalta, the spirit determined the lives of individual Russians and the fate of a nation. Both sophisticated and brutal, vodka is the best-selling spirit in the world. Distilled from rye or the humble potato, it has been known since the fourteenth century, when it was first used as a medicine, but it took James Bond and the Cold War to make it glamorous in the West, particularly with younger drinkers. ‘In Russian literature, the drink that steals away men’s brains is vodka. Tolstoy, repenting his youthful follies (“lying, thieving, promiscuity of all kinds, drunkenness, violence, murder”), founded a temperance society called the Union Against Drunkenness, and designed a label – a skull and crossbones, accompanied by the word “Poison” – to go on all vodka bottles. In the event, the health warning wasn’t adopted but Tolstoy’s views on vodka seep into his fiction, as do Dostoevsky’s in The Devils (“The Russian God has already given up when it comes to cheap booze. The common people are drunk, the children are drunk, the churches are empty”). Chekhov was more ambivalent. As Geoffrey Elborn shows in his new cultural history, The Dedalus Book of Vodka, he was torn between his knowledge as a doctor and his understanding of human nature. Two of his brothers were alcoholic, and he denounced vodka companies as “Satan’s blood peddlers”. But he sympathised with the Russian peasantry, for whom vodka was nectar. And in his stories and plays, those who drink excessively – like the army doctor Chebutykin in The Three Sisters – are portrayed with humour and compassion.’ Blake Morrison in The Guardian 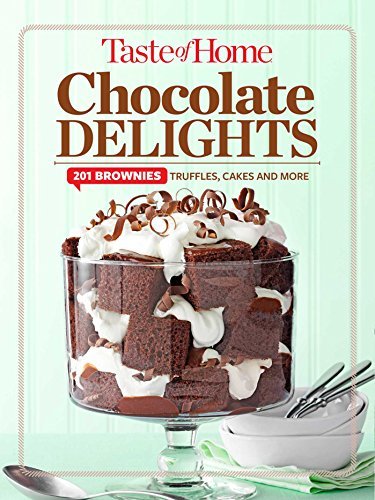 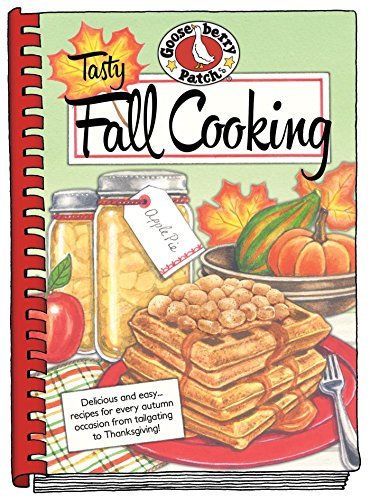 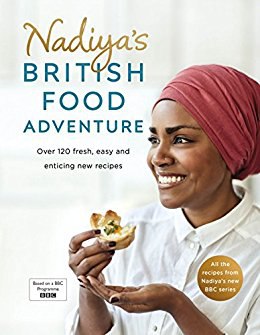 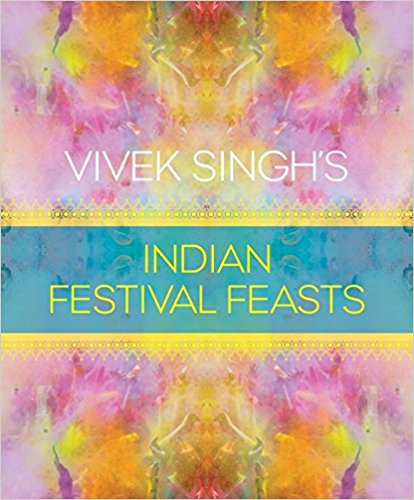 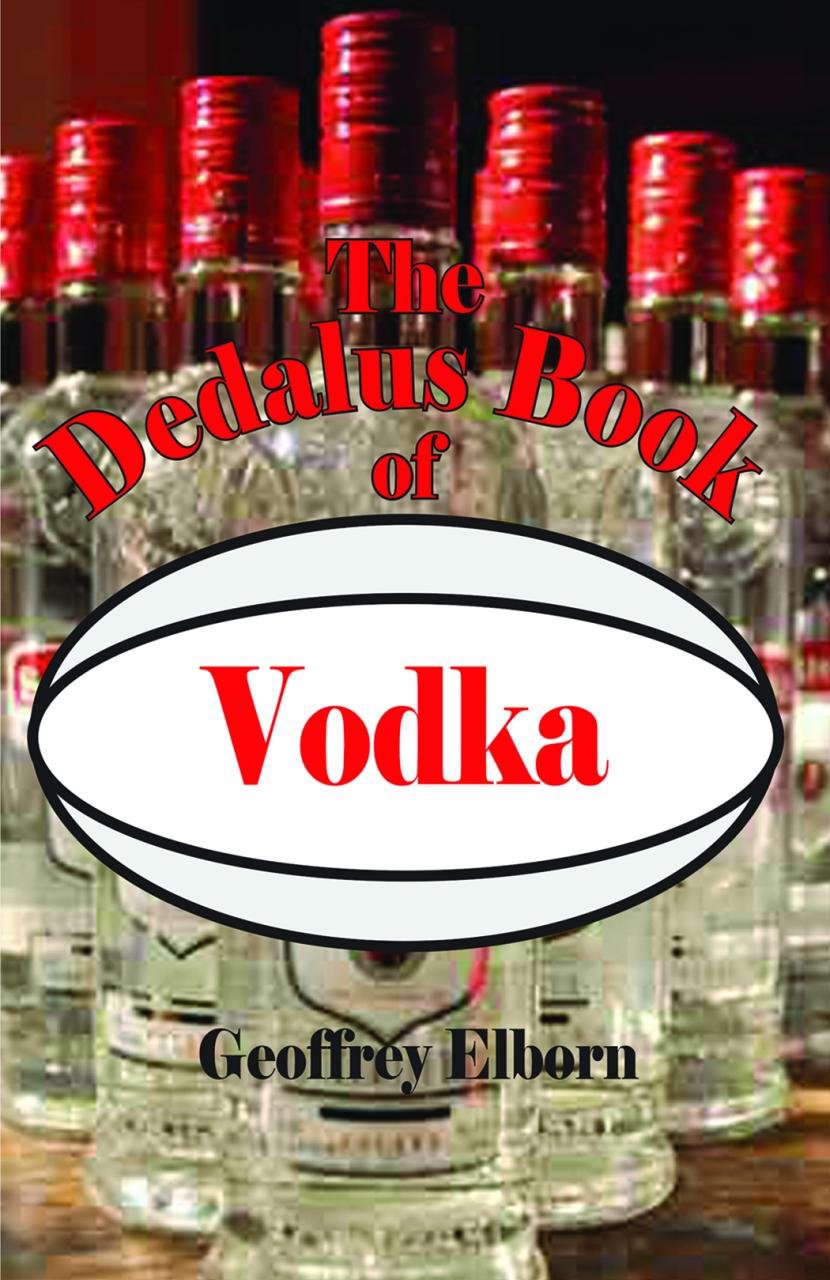 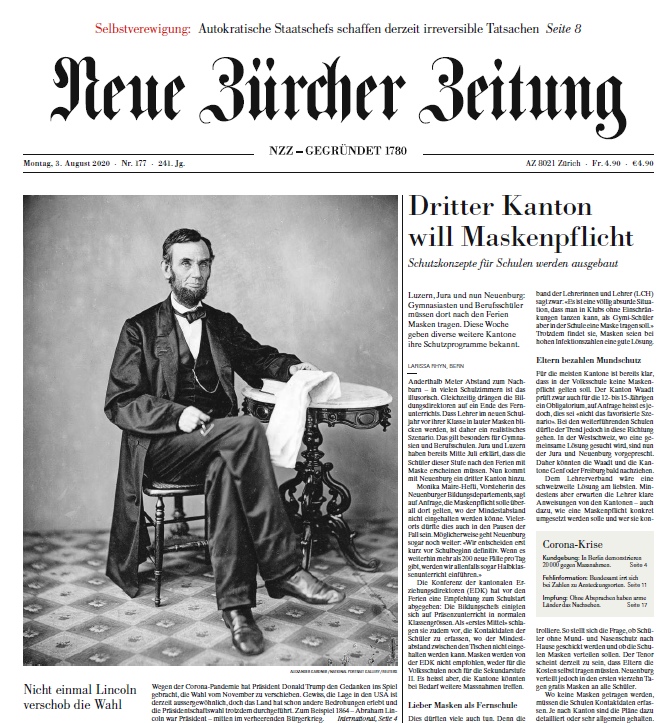 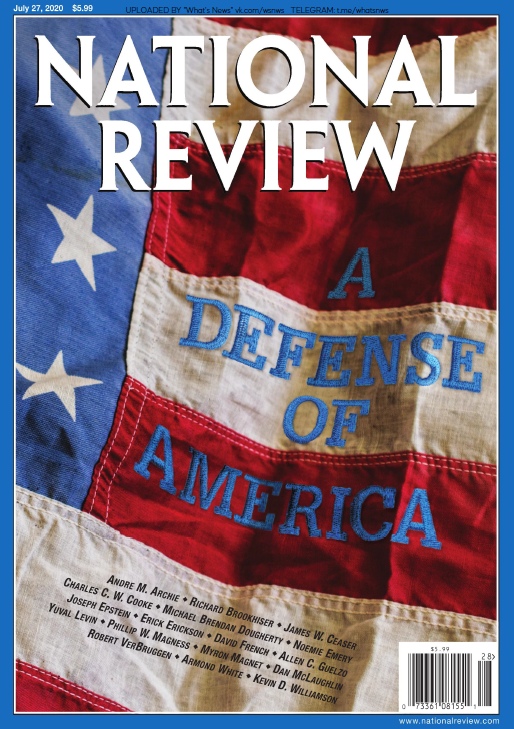 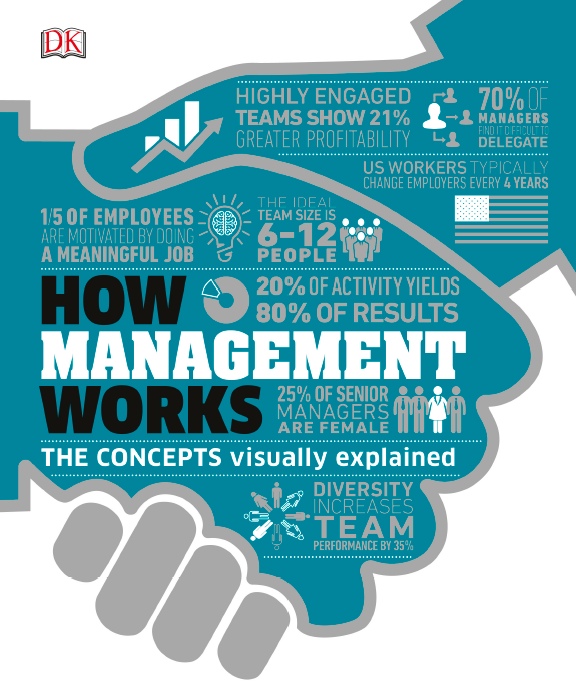 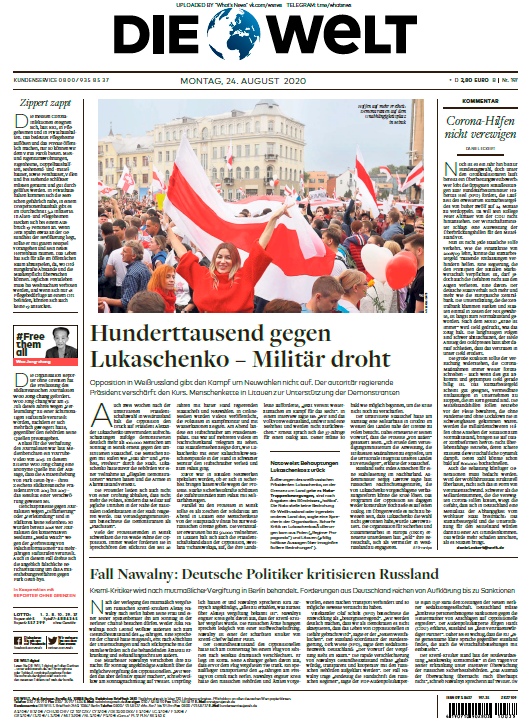 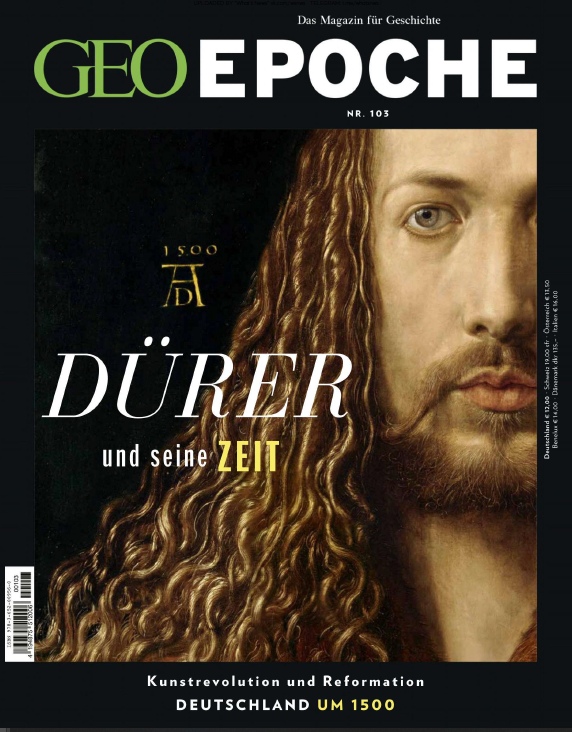 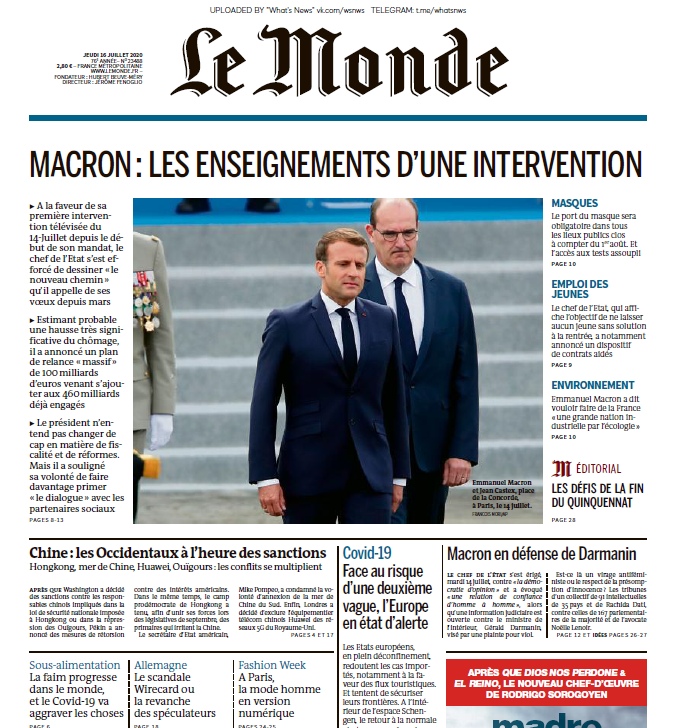