Gods and Heroes of the Ancient World

Fritz Graf here presents a survey of a god once thought of as the most powerful of gods, and capable of great wrath should he be crossed: Apollo the sun god.

From his first attestations in Homer, through the complex question of pre-Homeric Apollo, to the opposition between Apollo and Dionysos in nineteenth and twentieth-century thinking, Graf examines Greek religion and myth to provide a full account of Apollo in the ancient world.

For students of Greek religion and culture, of myth and legend, and in the fields of art and literature, Apollo will provide an informative and enlightening introduction to this powerful figure from the past.

Artemis is a literary, iconographic, and archaeological study of the ancient Greek goddess of the hunt, who presided over the transitions and mediations between the wild and the civilized, youth and maturity, life and death. Beginning with a study of the early origins of Artemis and her cult in the Bronze and Archaic Ages, Budin explores the goddess’ persona and her role in the lives of her worshippers.

This volume examines her birth and childhood, her place in the divine family, her virginity, and her associations with those places where the wilds become the “cities of just men.” The focus then turns to Artemis’ role in the lives of children and women, particularly how she helps them navigate the transition to adulthood and, perhaps too often, death. Budin goes on to reconsider some of the more harrowing aspects of Artemis’ mythology, such as plague and bloodshed, while also examining some of her kinder, oft overlooked associations. Finally, the role of Artemis in the Renaissance and modern society is addressed, from the on-going fascination with the “breasts” on the statue of Artemis of Ephesos to the Artemisian aspects of Katniss Everdeen.

Written in an accessible style, Artemis is a crucial resource for students not only of Greek myth, religion and cult, but also those seeking to understand the lives and roles of girls and women in ancient Greece, as this goddess presided over their significant milestones, from maiden to wife to mother.

The first book to capture a complete picture of the most important of Greek gods in one reliable volume for almost seventy years, this masterly and comprehensive study brings a new-millennium examination of the fascinating god Zeus. Broad in scope, the book looks at myth, art, cult, philosophy, drama, theology and European painting amongst much more, and allows us to take seriously what it was to worship and respect the greatest of Greek gods, and to live through the aftershock of the Middle Ages and modern times. Showing the evidence along the way, Zeus is student-friendly and includes: a range of illustrations and maps translated passages from ancient authors a chronology and excellent indexing. Looking at the ancient Greeks their predecessor and their successors – the Romans and beyond – the book is engagingly written and speaks to a modern audience: this is Zeus from our remote ancestors to Wagner, and into the computer age.

With no recent publications discussing Prometheus at length, this book provides a much-needed introduction to the Promethean myth of this rebellious god who defied Zeus to steal fire for mankind.

Seeking to locate the nature of this compelling tale’s continuing relevance throughout history, Carol Dougherty traces a history of the myth of Prometheus from its origins in ancient Greece, to its resurgence in the works of the Romantic era and beyond.

Offering a comparative approach that includes visual material and film, the book reveals a Prometheus who was a rebel against Zeus’ tyranny to Aeschylus, a defender of political and artistic integrity to Percy Bysshe Shelley, and a symbol of technological innovation during the industrial revolution; his resilience and adaptability illuminating his power and importance in Western culture.

Prometheus is an essential introduction to the Promethean myth for all readers of classics, the arts and literature alike.

The son of Zeus, Perseus belongs in the first rank of Greek heroes. Indeed to some he was a greater hero even than Heracles. With the help of Hermes and Athena he slew the Gorgon Medusa, conquered a mighty sea monster and won the hand of the beautiful princess Andromeda. This volume tells of his enduring myth, it’s rendering in art and literature, and its reception through the Roman period and up to the modern day. This is the first scholarly book in English devoted to Perseus’ myth in its entirety for over a century. With information drawn from a diverse range of sources as well as varied illustrations, the volume illuminates the importance of the Perseus myth throughout the ages.

An indispensable guide to the myth of Oedipus this book is the first to analyze its long and varied history from ancient times to the modern day, and presented with an authoritative survey that considers Oedipus in art and music as well as in literature.

Lowell Edmunds accepts this variation as the driving force in its longevity and popularity. Refraining from seeking for an original form of the myth, Edmunds relates the changes in content in the myth to changes in meaning, eschewing the notion that one particular version can be set as standard.

Aphrodite explores the many myths and meanings of the Greek goddess of love, sex and beauty. One of the most widely worshipped and popular deities in Greek antiquity, Aphrodite emerges from the imaginations of the ancient Greek writers and artists as a multifaceted, powerful and charismatic figure. This volume explores the importance of Aphrodite for the ancient Greeks, as well as her enduring influence as a symbol of beauty, adornment, love and sexuality in contemporary culture. In a wide-ranging investigation of the universality of Aphrodite’s power and significance, this volume illuminates the numerous intricate levels of divinity embodied by the alluring figure of Aphrodite.

Aphrodite offers new insights into the ancient texts and artistic representations of the goddess, as well as a comprehensive survey of the current scholarship about the origins and interpretations of Aphrodite, whilst also highlighting her eternal popular appeal across cultures and generations. A goddess of love who is not afraid to enter the battlefield; a goddess of bodily adornment who is the first to appear totally nude; a goddess born of the sea who emerges into the open sky: Aphrodite is a polyvalent deity, plural in nature, function and significance.

In this definitive assessment of the various representations and approaches to Athena, Susan Deacy does what no other has done before and brings all the aspects of this legendary figure into one, outstanding study.

A survey of one of the most enduringly popular of ancient deities, the bookВ introduces AthenaвЂs myth, cult and reception, while directing the reader to detailed discussion as and when it is appropriate.

Students will find it a great help in their studies, and for the general reader with an interest in the ancient world and for those from related disciplines such as literature, art history and religion, itВ provides a mine of information and insight into thisВ fascinating classical figure.

Dionysos is one of the most-studied ancient Greek gods for students and academics. He is popularly known as the god of wine and frenzied abandon, and has great significance for theatre — drama, in fact, originated as part of the cult of Dionysos. However, Seaford’s book covers a wider range of issues, such as mystery, cult and philosophy, which have been overlooked by many studies. As a volume in the Gods and Heroes series, this work will provide an indispensable introduction to the subject, or reference point for higher levels of study. 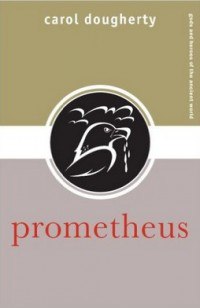 Gods and Heroes of the Ancient World