The final work of the great Belgian historian Henri Pirenne, this remarkable classic — published after his death — offers a revolutionary perspective on how Europe under the influence of a Roman Empire centered in Constantinople evolved into the Europe of Charlemagne and the Middle Ages.

Departing from the standard view that Germanic invasions obliterated the Roman Empire, Pirenne advances the radical new thesis that “the cause of the break with the tradition of antiquity was the rapid and unexpected advance of Islam,” and event of historical proportions that prevented the western Mediterranean from being what it had always been: a thoroughfare of commerce and thought. It became instead what Pirenne refers to as “a Musulman lake,” thereby causing “the axis of life [to shift] northwards from the Mediterranean” for the first time in history.

Brilliant and controversial, this volume garnered these words of praise from the critics: “It is a dull reader indeed who does not recognize the light of genius in the pages of this book, without doubt a landmark in contemporary historiography.” — G. C. Boyce, Annals of the American Academy. “… Pirenne’s crowning triumph. The fire of his genius, the boldness of his mind, his profound learning and vivid pen make this volume pleasant reading.” — Commonweal. “… an important, seminal book, worthy to close one of the most distinguished careers in European scholarship.” — Saturday Review of Literature.

Pirenne’s masterly study is essential reading for history students, medievalists, and general readers with an interest in the decline of the Roman Empire and the beginnings of the Middle Ages.

The final publication of results of the excavations at Pontnewydd Cave in north-east Wales has been eagerly awaited. The site was investigated as part of the Palaeolithic Settlement of Wales Research Programme, which has been responsible for transforming understanding of the nature of human settlement on the very margins of Eurasia by early Neanderthals. The caves of the Elwy valley in north-east Wales contain evidence of the earliest human occupation of Wales. This monograph documents the results of 20 years of field research. It describes the traces of occupation left around 225,000 years ago by people who were ancestors of the Neanderthals. These include stone tools, animal bones and the remains of the people themselves. The key cave site, Pontnewydd, is full of international significance, producing artefacts and fauna associated with early Neanderthal skeletal material, related to repeated occupations of the cave around a quarter of a million years ago. Key issues relating to gender and diet will be explored.

Within the faunal assemblage at Pontnewydd, as also within the potentially contemporary assemblage from the nearby cave of Cefn, it is possible to see interglacial elements which may date to MIS 7 or, even, to the preceding interglacial cycle (MIS 9), fully 50 to 100,000 years earlier. The pointers here are the rhinoceros Stephanorhinus kirchbergensis , a large horse Equus ferus , and the leopard, Panthera pardus . None of these can be later than MIS 7 and may even be of MIS 9 age. Moreover, the species of bear represented at both Pontnewydd and Cefn is the cave bear ( Ursus spelaeus ) and these seem to be replaced by brown bears ( Ursus arctos ) during MIS 11 or 9. This inference of an early date for elements of the Pontnewydd and Cefn faunas is borne out by the presence of macaque at Cefn, a species not known in Britain after MIS 9.

This multi-authored monograph will place the Elwy valley caves within a geological and archaeological context; allow a detailed publication of research on the artefacts, fauna and hominid remains; and provide a synthesis of how this work feeds back into understandings of the Palaeolithic settlement on the edge of the then known world.

Textile production is an economic necessity that has confronted all societies in the past. While most textiles were manufactured at a household level, valued textiles were traded over long distances and these trade networks were influenced by raw material supply, labour skills, costs, as well as by regional traditions. This was true in the Mediterranean regions and Making Textiles in pre-Roman and Roman times explores the abundant archaeological and written evidence to understand the typological and geographical diversity of textile commodities. Beginning in the Iron Age, the volume examines the foundations of the textile trade in Italy and the emergence of specialist textile production in Austria, the impact of new Roman markets on regional traditions and the role that gender played in the production of textiles. Trade networks from far beyond the frontiers of the Empire are traced, whilst the role of specialized merchants dealing in particular types of garment and the influence of Roman collegia on how textiles were produced and distributed are explored. Of these collegia, that of the fullers appears to have been particularly influential at a local level and how cloth was cleaned and treated is examined in detail, using archaeological evidence from Pompeii and provincial contexts to understand the processes behind this area of the textile trade.

Australians, Thomas Keneally’s widely acclaimed three volume history of the Australian people from origins to Vietnam, gave us a robust, vibrant and page-turning narrative that brought to life the vast range of characters who have formed our national story.

Australians: a short history brings these three volumes together and reintroduces us to the rich assortment of contradictory, inspiring and surprising characters who made a young and cocky Australia.

It is the story of the original Australians and European occupation of their land through the convict era to pastoralists, bushrangers and gold seekers, working men, pioneering women, the rifts wrought by World War I, the rise of hard-nosed radicals from the Left and the Right, the social upheavals of the Great Crash and World War II, the Menzies era, the nation changing period of post-war migration and Australia’s engagement with Asia. This is a truly masterly history of Australia and its people by an author of outstanding literary skill whose own humanity permeates every page.

‘Keneally evokes these distant lives with concrete detail and vivid sympathy … his people inhabit the same world we do – we meet them without the hesitation of reaching across voids of space and time.’ – Sydney Morning Herald

“The most authoritative edition of Gonzalo Solis de Meras’s rare eye-witness account of Pedro Menendez de Aviles’s 1565 expedition to Florida, one of the earliest and most valuable accounts written about any region in the United States.”
– J. Michael Francis, author of Invading Colombia: Spanish Accounts of the Gonzalo Jimenez de Quesada Expedition of Conquest

“An invaluable source for scholars and aficionados of La Florida alike. The history reads like a novel, and with its careful presentation, we now have a reliable source to a key chapter in early American history and literature.”
– Thomas Hallock, coeditor of William Bartram, The Search for Nature’s Design: Selected Art, Letters, and Unpublished Writings

Pedro Menendez de Aviles (1519–1574) founded St. Augustine in 1565. His expedition was documented by his brother-in-law, Gonzalo Solis de Meras, who left a detailed and passionate account of the events leading to the establishment of America’s oldest city.

Until recently, the only extant version of Solis de Meras’s record was one single manuscript that Eugenio Ruidiaz y Caravia transcribed in 1893, and subsequent editions and translations have always followed Ruidiaz’s text. In 2012, David Arbesu discovered a more complete record: a manuscript including folios lost for centuries and, more important, excluding portions of the 1893 publication based on retellings rather than the original document.

In the resulting volume, Pedro Menendez de Aviles and the Conquest of Florida, Arbesu sheds light on principal events missing from the story of St. Augustine’s founding. By consulting the original chronicle, Arbesu provides readers with the definitive bilingual edition of this seminal text. 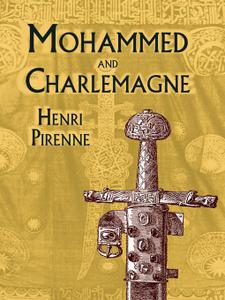 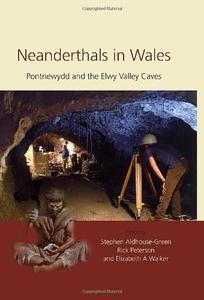 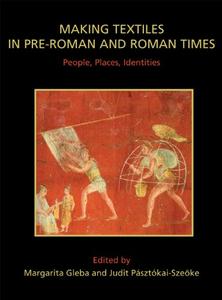 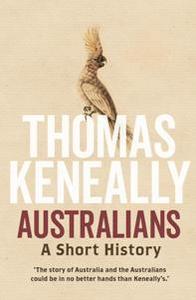 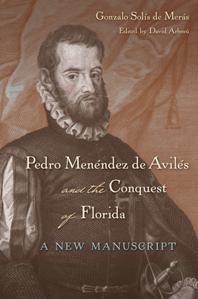