The Secret Army: The IRA, Revised 3rd Edition by J. Bowyer Bell
Seasons of Misery: Catastrophe and Colonial Settlement in Early America by Kathleen Donegan
Hostages to Fortune: The United Empire Loyalists and the Making of Canada by Peter C. Newman
An Illustrated History of the Last Year of the Great War: 1918
Inside the Kremlin’s Cold War: From Stalin to Khrushchev by Vladislav Zubok, Constantine Pleshakov

English | July 12, 2017 (1997) | ISBN: 1560009012 | EPUB | 723 pages | 2.2 MB
The Secret Army is the definitive work on the Irish Republican Army. It is an absorbing account of a movement that has had a profound effect on the shaping of the modern Irish state. The secret army in the service of the invisible Republic has had a powerful effect on Irish events over the past twenty-five years. These hidden corridors of power interest Bell and inspired him to spend more time with the IRA than many volunteers spend in it. This book is the culmination of twenty-five years of work and tens of thousands of hours of interviews. Bell’s unique access to the leadership of the republican movement and his contacts with all involved―British politicians, Irish politicians, policemen, arms smugglers, and others committed or opposed to the IRA―explain why The Secret Army is the book on the subject. This edition represents a complete revision and includes vast quantities of new information.
Bell’s book gives us vital insight into our times as well as Irish history. This edition of The Secret Army contains six new chapters that bring the history of this clandestine organization up to date. They are: The First Decade, The Nature of the Long War, 1979-1980″; “Unconventional Conflict, The Hunger Strikes, January 1980-October 3, 1981″; The Protracted Struggle, September 1981-January 1984”; “War, Politics, and the Split, January 1984-December 1986″; The Troubles as Institution, 1987-1990″: and The Armed Struggle Transformed, 1991-1996, The End Game.” In his new introduction, Bell reflects on his decades of research, the experiences he has had, and the people he has met during his extensive visits to Ireland.

Seasons of Misery: Catastrophe and Colonial Settlement in Early America by Kathleen Donegan

English | October 23, 2013 | ISBN: 0812245407, 0812223772 | EPUB | 272 pages | 1 MB
The stories we tell of American beginnings typically emphasize colonial triumph in the face of adversity. But the early years of English settlement in America were characterized by catastrophe: starvation, disease, extreme violence, ruinous ignorance, and serial abandonment. Seasons of Misery offers a provocative reexamination of the British colonies’ chaotic and profoundly unstable beginnings, placing crisis—both experiential and existential—at the center of the story. At the outposts of a fledgling empire and disconnected from the social order of their home society, English settlers were both physically and psychologically estranged from their European identities. They could not control, or often even survive, the world they had intended to possess. According to Kathleen Donegan, it was in this cauldron of uncertainty that colonial identity was formed.
Studying the English settlements at Roanoke, Jamestown, Plymouth, and Barbados, Donegan argues that catastrophe marked the threshold between an old European identity and a new colonial identity, a state of instability in which only fragments of Englishness could survive amid the upheavals of the New World. This constant state of crisis also produced the first distinctively colonial literature as settlers attempted to process events that they could neither fully absorb nor understand. Bringing a critical eye to settlers’ first-person accounts, Donegan applies a unique combination of narrative history and literary analysis to trace how settlers used a language of catastrophe to describe unprecedented circumstances, witness unrecognizable selves, and report unaccountable events. Seasons of Misery addresses both the stories that colonists told about themselves and the stories that we have constructed in hindsight about them. In doing so, it offers a new account of the meaning of settlement history and the creation of colonial identity.

Hostages to Fortune: The United Empire Loyalists and the Making of Canada by Peter C. Newman

English | November 1, 2016 | ISBN: 1451686099 | EPUB | 272 pages | 84.4 MB
Esteemed Canadian author Peter C. Newman recounts the dramatic journey of the United Empire Loyalists—their exodus from America, their resettlement in the wilds of British North America, and their defense of what would prove to be the social and moral foundation of Canada.
In 1776, tensions in the British colonies were reaching a fever pitch. The citizenry was divided between those who wished to establish a new republic and those who remained steadfast in their dedication to the British Empire. As the tensions inevitably boiled over into violence, fault lines were exposed as every person was forced to choose a side. Neighbours turned against each other. Families divided. Borders were redrawn.
The conflict was long and bloody, and no side emerged unscathed. But there is one story that is often overlooked in the American Revolutionary canon. When the smoke from the battles had settled, tens of thousands of individuals who had remained loyal to the crown in the conflict found themselves without a home to return to. Destitute, distraught, and ostracized—or downright terrorized—by their former citizens, these Loyalists turned to the only place they had left to go: north.
The open land of British North America presented the Loyalists with an opportunity to establish a new community distinct from the new American republic. But the journey to their new homes was far from easy. Beset by dangers at every turn—from starvation to natural disaster to armed conflict—the Loyalists migrated towards the promise of a new future. Their sacrifices set the groundwork for a country that would be completely unlike any other. Neither fully American nor truly British, the Loyalists established a worldview entirely of their own making, one that valued steady, peaceful, and pragmatic change over radical revolution. The Loyalists toiled tirelessly to make their dream a reality. And as the War of 1812 dawned, they proved they were willing to defend it with their very lives.
In Hostages to Fortune, Peter C. Newman recounts the expulsion and migration of these brave Loyalists. In his inimitable style, Newman shines a light on the people, places, and events that set the stage for modern Canada.

An Illustrated History of the Last Year of the Great War: 1918

Key Publishing | 2017 | English | ISBN: 1912205092 | True PDF | 100 pages | 120 MB
As the Great War entered what would be its last year, it seemed that the conﬂict would only end when there was no-one left alive to ﬁght. Already the strength of the British, French, German and Austrian armies was declining, yet, conversely, it would be fresh troops sent to the Western Front that would deﬁne the ﬁghting of 1918 and lead, at last, to peace.
As the pressure grew on the German forces on the Western Front, the Kaiser abdicated and his generals sought to save their country from invasion by requesting an armistice. Finally, at 05.05 hours on the morning of 11 November 1918, the Armistice between the Allies and Germany was signed. At 06.50 hours a message was sent from Field Marshal Haig’s headquarters. It read: ‘Hostilities will cease at 11.00 hours today, November 11th.’ The guns at last fell silent.
This, and a catalogue of other events examined in this 132-page special from the team behind Britain at War Magazine, tell the story of 1918.

Inside the Kremlin’s Cold War: From Stalin to Khrushchev by Vladislav Zubok, Constantine Pleshakov

English | April 25, 1997 | ISBN: 0674455320 | PDF | 382 pages | 46 MB
Covering the volatile period from 1945 to 1962, Zubok and Pleshakov explore the personalities and motivations of the key people who directed Soviet political life and shaped Soviet foreign policy. They begin with the fearsome figure of Joseph Stalin, who was driven by the dual dream of a Communist revolution and a global empire. They reveal the scope and limits of Stalin’s ambitions by taking us into the world of his closest subordinates, the ruthless and unimaginative foreign minister Molotov and the Party’s chief propagandist, Zhdanov, a man brimming with hubris and missionary zeal. The authors expose the machinations of the much-feared secret police chief Beria and the party cadre manager Malenkov, who tried but failed to set Soviet policies on a different course after Stalin’s death. Finally, they document the motives and actions of the self-made and self-confident Nikita Khrushchev, full of Russian pride and party dogma, who overturned many of Stalin’s policies with bold strategizing on a global scale. The authors show how, despite such attempts to change Soviet diplomacy, Stalin’s legacy continued to divide Germany and Europe, and led the Soviets to the split with Maoist China and to the Cuban missile crisis.
Zubok and Pleshakov’s groundbreaking work reveals how Soviet statesmen conceived and conducted their rivalry with the West within the context of their own domestic and global concerns and aspirations. The authors persuasively demonstrate that the Soviet leaders did not seek a conflict with the United States, yet failed to prevent it or bring it to conclusion. They also document why and how Kremlin policy-makers, cautious and scheming as they were, triggered the gravest crises of the Cold War in Korea, Berlin, and Cuba. Taking us into the corridors of the Kremlin and the minds of its leaders, Zubok and Pleshakov present intimate portraits of the men who made the West fear, to reveal why and how they acted as they did. 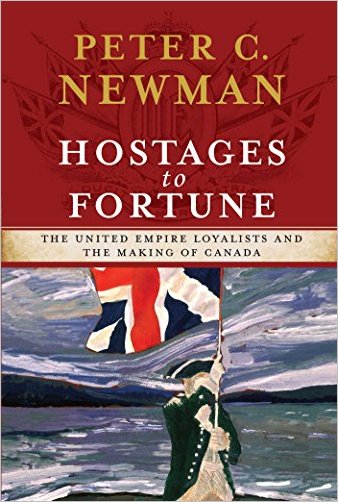 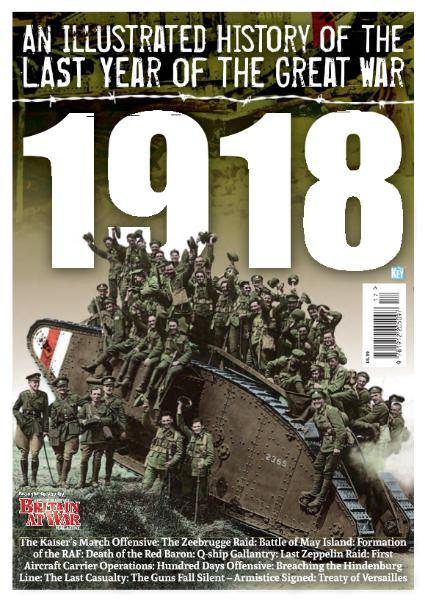 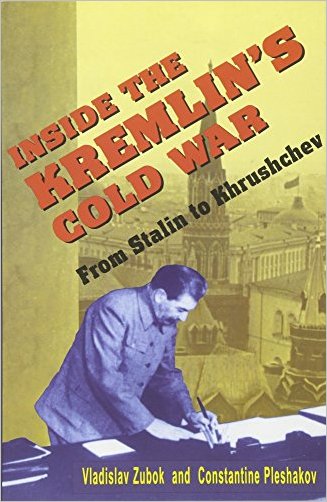 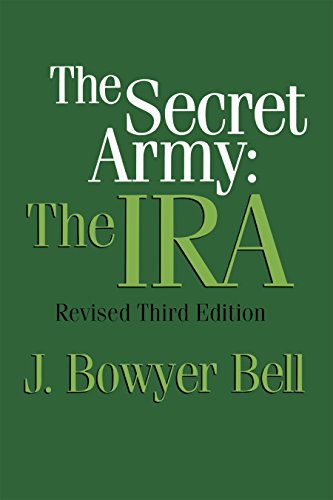 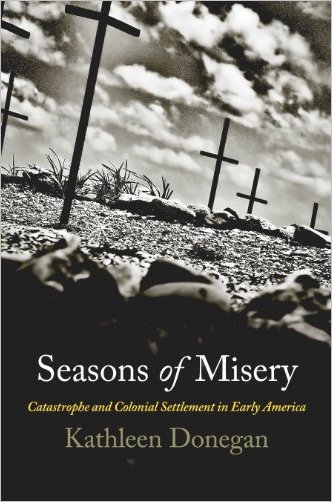