History with the nasty bits left in. Grizzly details of Tudor life from horrendous beheadings to mysterious murders and cruel kings and queens. History has never been so horrible!

From the Back Cover
Foul facts about the cruellest kings and meanest queens ever to rule England!

Terry Deary and Martin Brown’s brilliant books about the nastiest periods in history have now—with the help of some astounding actors—been transformed into a series of audio extravaganzas. Featuring new, extra material not found anywhere in the books, these sound spectaculars are just as thrilling and spilling, funny and fast as their printed counterparts. Horrible Histories are guaranteed to bring you history with the nasty bits left in!

So, if you want to hear the terrible tale of an awful axeman and brush up your knowledge of Tudor torture, or if you’ve ever wondered exactly why Henry VIII thought he’d married a horse, this is the cassette for you! It’s packed with sketches, quizzes and revolting recipes which—when mixed with poems, jokes, mini-dramas and real life re-enactments—tell you the kind of foul facts which just aren’t available from a classroom education!

History has never been so horrible …

Do your grandparents moan on about what life was like in the war? Want to know if they’re telling the terrible truth? Read on to explore the horrible hardships the Blitzed Brits suffered while bombs dropped out of the sky! Find out what really happened in Dad’s Army! See how to make a rude noise with a gas mask! Learn why the Brits ate chicken-fruit, sinkers and nutty! Faint at the thought of spending seven years without TV! Plus there’s heaps of spiffing slang, foul food facts about rotten rationing, awful evacuation tales, and the terrible truth about London’s bloodthirsty blackout murders! So there’s plenty of gore – and much more.

It’s history with the nasty bits left in! Want to know: What caused the Great Stink of 1858? Why the flying dustmen were feared? Who ate a tosher for tea? Plot your path to the past with the frightful full-colour map – take a trip to the terrifying Tower and dip into the River Thames (London’s largest toilet!). 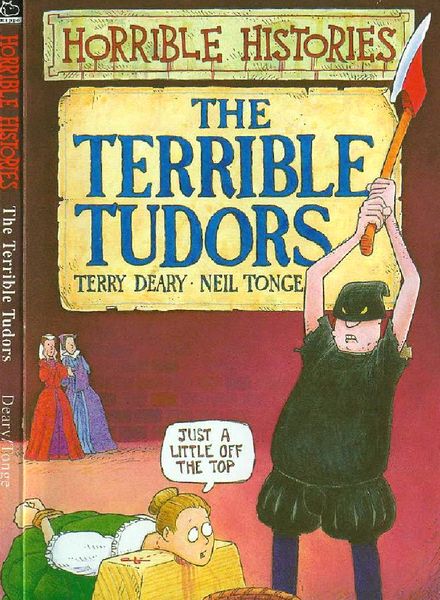 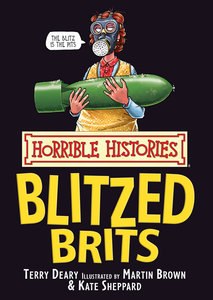 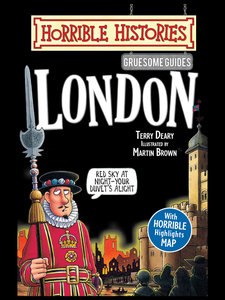