Lara Vapnyar – Divide Me by Zero

Info: “In her superb and poignant new novel, Lara Vapnyar writes about love and other difficulties with the same passion, wit, and probing intelligence to be found in all her writing. Among its many treasures, Divide Me By Zero contains fascinating explorations of the fraught, tangled nature of both romantic and family relationships, and some of the most affecting scenes of bereavement I have ever read.” —Sigrid Nunez, The Friend

As a young girl, Katya Geller learned from her mother that math was the answer to everything. Now, approaching forty, she finds this wisdom tested: she has lost the love of her life, she is in the middle of a divorce, and has just found out that her mother is dying. Half-mad with grief, Katya turns to the unfinished notes for her mother’s last textbook, hoping to find guidance in mathematical concepts.

With humor, intelligence, and unfailing honesty, Katya traces back her life’s journey: her childhood in Soviet Russia, her parents’ great love, the death of her father, her mother’s career as a renowned mathematician, and their immigration to the United States. She is, by turns, an adrift newlywed, an ESL teacher in an office occupied by witches and mediums, a restless wife, an accomplished writer, a flailing mother of two, a grieving daughter, and, all the while, a woman in love haunted by a question: how to parse the wild, unfathomable passion she feels through the cool logic of mathematics?

Award-winning author Lara Vapnyar delivers an unabashedly frank and darkly comic tale of coming-of-age in middle age. Divide Me by Zero is almost unclassifiable—a stylistically original, genre-defying mix of classic Russian novel, American self-help book, Soviet math textbook, sly writing manual, and, at its center, an intense romance that captures the most common misfortune of all: falling in love. 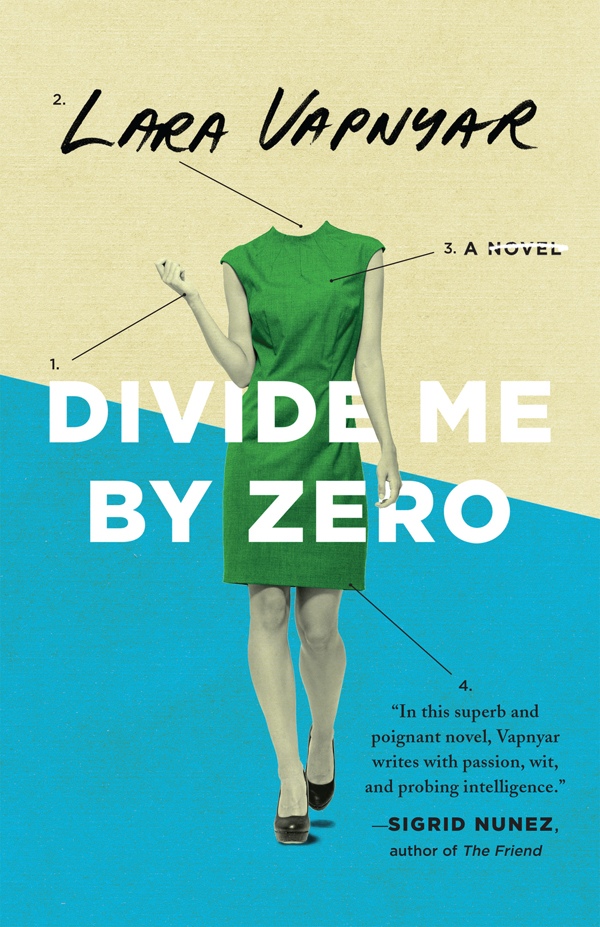