Info: Gentrification is transforming cities, small and large, across the country. Though it’s easy to bemoan the diminished social diversity and transformation of commercial strips that often signify a gentrifying neighborhood, determining who actually benefits and who suffers from this nebulous process can be much harder. The full story of gentrification is rooted in large-scale social and economic forces as well as in extremely local specifics—in short, it’s far more complicated than both its supporters and detractors allow.

In Newcomers, journalist Matthew L. Schuerman explains how a phenomenon that began with good intentions has turned into one of the most vexing social problems of our time. He builds a national story using focused histories of northwest Brooklyn, San Francisco’s Mission District, and the onetime site of Chicago’s Cabrini-Green housing project, revealing both the commonalities among all three and the place-specific drivers of change. Schuerman argues that gentrification has become a too-easy flashpoint for all kinds of quasi-populist rage and pro-growth boosterism. In Newcomers, he doesn’t condemn gentrifiers as a whole, but rather articulates what it is they actually do, showing not only how community development can turn foul, but also instances when a “better” neighborhood truly results from changes that are good. Schuerman draws no easy conclusions, using his keen reportorial eye to create sharp, but fair, portraits of the people caught up in gentrification, the people who cause it, and its effects on the lives of everyone who calls a city home. 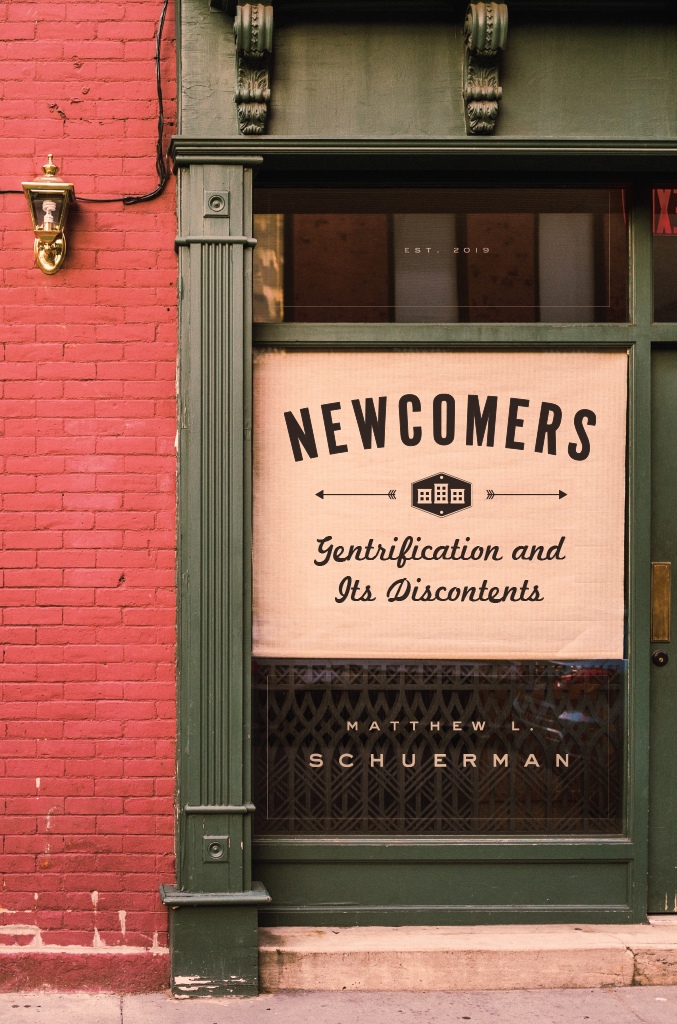