by Geoffrey Block (Author)
The life and music of Beethoven still fascinate classical music lovers, new and old. His many symphonies, sonatas, concertos, string quartets, and his one opera enchant audiences, challenge performers, engage students, and support scholars in their work. In Experiencing Beethoven, music historian Geoffrey Block explores in layman’s terms a highly representative body of about two dozen Beethoven instrumental and vocal works, offering listeners who know him well, or are just discovering him, an opportunity to grasp the breadth and depth of his musical genius.
Designed for those unversed in musical terminology or theory, Experiencing Beethoven places the composer’s works within the evolving context of his personal and professional life and social and cultural milieu. Block sheds light on the public and private audiences of Beethoven’s music, from the concerts for the composer’s own financial benefit to the debut of the “Eroica” Symphony at the palace of Prince Lobkowitz to the historic public premiere of his Ninth Symphony.
Experiencing Beethoven paints a portrait of the composer’s youth in Bonn, his early triumphs and artistic maturation in Vienna, and―despite the challenges his music posed to his contemporaries― the recognition he received during his lifetime as the most acclaimed composer of the era. Block conveys the range and scope of Beethoven’s achievement, from his heroic style to his lyricism, grappling throughout with the composer’s power to communicate his idealistic musical vision to listeners in both his time and ours. Finally, Experiencing Beethoven explores why Beethoven’s music continues to enjoy an unwavering appeal in an age saturated with a range of musical styles

So You Want to Sing Country: A Guide for Performers

by Kelly K. Garner (Author)
Country music, an original American artform, has been around since before the recording industry began and long before a singer even had the opportunity to sing into a microphone. From the early beginnings in the hills of Appalachia, to the rise of Hank Williams, Patsy Cline, and the more recent megastars, including Garth Brooks and Carrie Underwood, country music has proven to have staying power. It is one of the most popular styles of music in the world today, garnering more sales and downloads currently than any other genre. Many talented individuals are aspiring to sing country music and are determined to turn it into a successful career. Because of this growing popularity, there is a need to educate interested singers with information and methods that will give them the best possible chance at either having a career as a artist, working in the industry as a background vocalist or session singer, or simply realizing their potential in country music.
Kelly K. Garner’s So You Want To Sing Country is a book devoted to briefly reviewing the rich heritage of country singing and thoroughly examining the techniques and methods of singing in a country style. Additional topics of discussion will include country song types and structure, instrumentation, performing on stage and in the studio, and career options in country music. Additional chapters by Scott McCoy and Wendy LeBorgne, and Matthew Edwards address universal questions of voice science and pedagogy, vocal health, and audio enhancement technology.

Memphis 68: The Tragedy of Southern Soul by Stuart Cosgrove

In the 1950s and 1960s, Memphis, Tennessee, was the launch pad of musical pioneers such as Aretha Franklin, Elvis Presley, Johnny Cash, Al Green and Isaac Hayes, and by 1968 was a city synonymous with soul music. It was a deeply segregated city, ill at ease with the modern world and yet to adjust to the era of civil rights and racial integration. Stax Records offered an escape from the turmoil of the real world for many soul and blues musicians, with much of the music created there becoming the soundtrack to the civil rights movements.
The book opens with the death of the city’s most famous recording artist, Otis Redding, who died in a plane crash in the final days of 1967, and then follows the fortunes of Redding’s label, Stax/Volt Records, as its fortunes fall and rise again. But, as the tense year unfolds, the city dominates world headlines for the worst of reasons: the assassination of civil rights leader Martin Luther King.

So You Want to Sing Folk Music : A Guide for Performers

So many who love to sing are drawn to the immediacy and essential simplicity of the music we commonly call folk. Folk music, in fact, can serve as the perfect entry point for those just starting on their singing careers because of the ways in which it sidesteps the strictures of classical forms without giving up the fundamentals of professional singing techniques.
In So You Want to Sing Folk Music, singer and writer Valerie Mindel demystifies this sprawling genre, looking at a variety of mainly traditional American musical styles as well as those of the folk revival that continues in various forms to this day. The aim is to help the fledgling singer better understand the scope of folk music and find his or her voice in the genre, looking at the “how” of creating a vocal sound that reflects a folk-based style. The book looks at specific repertories and ways of approaching them in terms of both working up material and performing it. It also looks at some of the realities of folk music in the twenty-first century that affect both amateurs and professionals. Additional chapters by Scott McCoy, Wendy LeBorgne, and Matthew Edwards address universal questions of voice science and pedagogy, vocal health, and audio enhancement technology.

The Unorthodox Guitar : A Guide to Alternative Performance Practice

The Unorthodox Guitar: A Guide to Alternative Performance Practice is a comprehensive resource for experimentally minded guitarists and composers wishing to write for or perform on the instrument in new ways. The book focuses primarily on unconventional approaches to guitar performance, which include alternative tunings, extended techniques, instrumental preparations, electronic augmentations, and issues related to performing and recording with a computer. Embracing all guitar types-nylon, steel-string acoustic, and electric-techniques and examples are culled from a broad range of musical genres, including blues, contemporary classical, country, folk, jazz, rock, and non-Western idioms. While the writing offers a treasure trove of possibilities for experimental improvisation, it is oriented towards formal composition, and to that end details the controllable dimensions of the techniques and preparations at hand, along with strategies that might be adopted to notate them. Conventional guitar amplifiers, effect pedals, and pedalboards are examined, along with a discussion of analog signal chains, rig design, and best practices for the preservation of tone. In addition, possibilities afforded by the addition of a computer to the guitar rig are explored, including signal processing, sensor augmentation, and score following. The writing is paired with a companion website that contains an abundance of audio, video, and software materials to supplement the ideas presented. This information is intended to serve as a guide, reference, and source of inspiration for those wishing to compose and/or perform on the instrument in innovative ways. 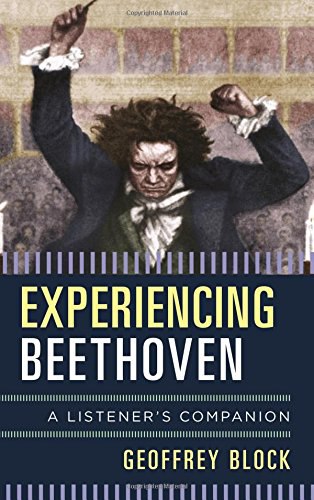